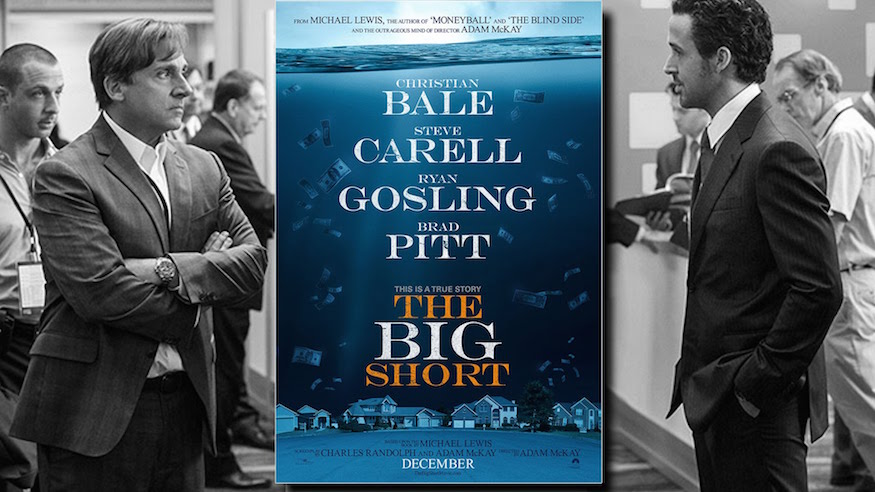 San Francisco, the epicenter of the world’s booming startup culture, is finally showing signs of a real estate bubble, after years of surging prices. All you have to do is follow the money. SF’s rental market for both housing and commercial space eclipsed Manhattan’s last year. Average one bedrooms here run $3,500 a month, two bedrooms just under $5,000, and commercial landlords demand over $36,000 a year to lease a measly 500 square feet, about the size of the proverbial startup-in-a-garage. These insane rates are double or triple what it costs to live and work in many American cities. But the surest sign of a bubble may be San Francisco Federal Credit Union’s new POPPYLOAN, a program that invites newbie housing marks to finance up to 100% of their purchase price on loans of up to $2 million.

Michael Lewis, author of The Big Short, the bestselling exposé (and hit movie) on the 2008 mortgage meltdown, might fix on these tipping points: The last time the cost of office space in SF topped that of Manhattan, prices didn’t last. The dot-com bubble burst, and startups and office rents crashed. Last summer, many ambitious tech firms began subleasing their SF space. Meanwhile, there’s been an explosion in co-working spaces charging $500 a desk per month, alongside countless startups illegally working out of apartments (“apartment entrepreneurs”), because office rent is ever more exorbitant. Hanging over all this, of course, is the January stock market meltdown, devaluing the options of many startup hopefuls, and jolting Millennials, shell-shocked after two stock crashes in seven short years.

But Michael Lewis would also be intrigued by SF’s new $2 million, no-money-down loan, which fits the classic saying, “If something is too good to be true, it probably is.” San Francisco Federal Credit Union cheerily dubs the “POPPYLOAN” (the “Proud Ownership Purchase Program for You”) a “game-changer” for middle class San Francisco families. “Paying $3,600 for a one-bedroom apartment is about the same as making a monthly payment on an $800,000 mortgage,” says a spokeswoman. “We created POPPYLOAN to help middle class families realize their dream of buying a home without having to move out of the Bay Area.” Yet this predatory program invites rampant speculation reminiscent of the 2008 mortgage crisis – gambling on home equity that people couldn’t afford. Today, you can’t buy more than a teardown in San Francisco for under a million, and that POPPYLOAN is adjustable, likely to Pop Up just as the value of a SF home sinks.

Speculative, foreign investment seems to be playing a part: a twenty-something friend was recently asked to manage a three-story house on the sketchy 1800 block of Turk Street for an Asian buyer who plunked down nearly $4 million in cash with the objective of turning the Victorian into a boutique co-working space. I saw precious few tenants there and slim signs in the neighborhood of a viable strategy for this legally dubious business model.

Big geographic and demographic swings are influencing the market in unforeseen ways. San Francisco home prices have suddenly soared beyond those on the other side of the Golden Gate Bridge. The median price for a home in the city is now a mind boggling $1.35 million (a 79% increase since 2009), with a minimum qualifying income of well over a quarter million dollars a year. To a native San Franciscan, that’s downright weird. Wealthy, upscale Marin County was where you lived and settled down after you scored the plum San Francisco job. That calculus has shifted, in large part because of the SF tech invasion, including hoards of young, male, highly remunerated tech workers crowding the narrow San Francisco Peninsula.

I feel their pain. Recently, I scored a one-year lease for a nice one bedroom flat, just minutes from the Golden Gate, paying significantly less than if I were on the San Francisco side of the span. But there’s a catch. The existing tenant belatedly decided he was in no hurry to move. Given the frenzy for apartments, I opted to wait out the extra month. In the interim, I’m shuttling between hotels in Marin and Lake Tahoe for the price of – yes, you guessed it – a one bedroom in SF. Benefits include maid service, cable TV, wireless, breakfast, and an easy commute to the city during the workweek.

Innovation demands a flexible attitude toward strategy and tactics, and today it seems prudent to study the cyclical, historical pattern that suggests current price peaks will soon collapse. Why should entrepreneurs and innovators care? Forking over too much for office rent or housing ultimately cuts into the dollars you can spend on creating amazing products. Forecasting is a tricky business, but this Californian is betting that one day soon this bubble will burst, and change is a-coming. The smart folks will be nimble and adapt.