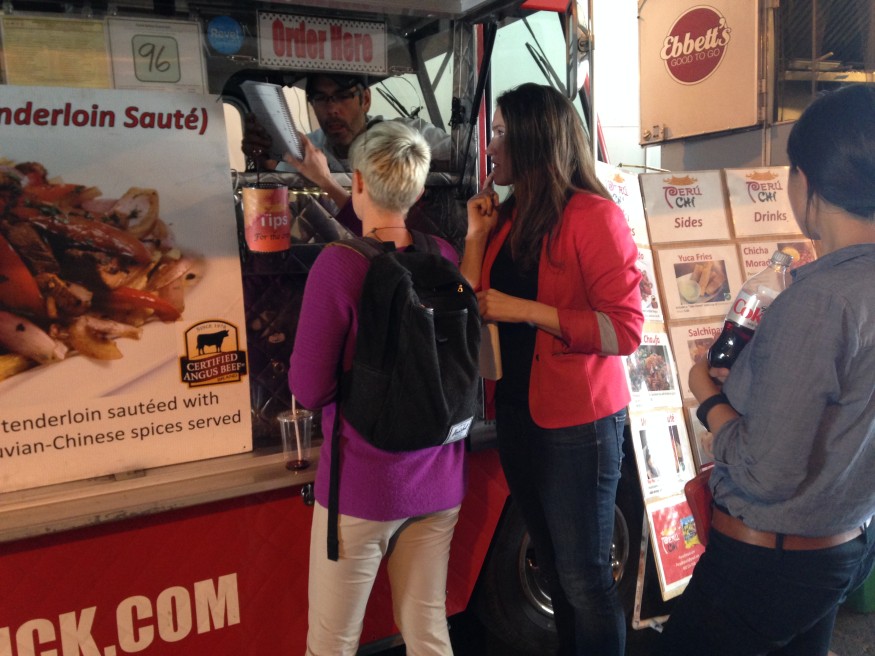 This is a story about McCall Vollum, a twenty-five year old “not living anywhere” who chucked her high-paying Booz & Company consulting job, flew out for a San Francisco weekend, and promptly launched a startup. It’s about how a big chunk of prototyping is quite simply being bold.

“San Francisco seemed like the best place to live,” McCall told me one recent afternoon in the city. “There’s so much energy, so many fast growing companies, so much happening.”

That first San Francisco weekend, McCall met Jutta Weigh at a café. The Finnish woman had worked more than a decade in the restaurant business, moving all the way up to managing five-star restaurants in Helsinki. Jutta knew a very big pain point in the business: It takes far too long for people to get their drinks and food.

“She had this great passion, and all these ideas,” said McCall. “We immediately started sketching a few screen shots and mock-ups.”   Intrigued, McCall quit her job, moved to San Francisco and started working in Jutta’s kitchen on an app to order and pay straight from your smartphone: Appthetable.

Pen and paper in hand, the two women walked the city and chatted up restaurant managers and waiters. They quickly scouted the booming “fast casual” category – a $175 billion market in 2014. Lines are long, millennials are the key customers, and they want their food. Fast.

But in February of 2015, most restaurants (even “fast casuals”) weren’t keen on helping a couple of green entrepreneurs develop a nascent product. Restaurants wanted something polished. McCall was hanging out one day with one of her advisors when she stumbled upon a faster way to prototype. “We were having coffee in Mint Plaza and he was a facing a food truck, and he said, ‘What about food trucks?’” “I learned that you can prototype with anything,” said McCall. “I was nervous to just show them pieces of paper but it helped us to start simple, to involve them in our progress. They could see us quickly go from paper to high-fidelity mock-ups. The following week they might see it on an iPad, and I’d say, ‘You wanted it green [a button]. It’s green!’”

McCall and Jutta did a lot of observations inside the hot and cramped food trucks. “We watched them pull the [order] ticket, and saw how they move the tickets along,” she said. Customers were another great resource. “When people are standing in line at food trucks they want to talk to you,” said McCall, who learned people would be willing to pay more than she thought per transaction for an app that would let them skip the line.

This June at Soma StrEat Food Park, and Off the Grid food truck events, Appthetable goes live. Next up will be an app for cafés. Cooling your heels in line may soon be a thing of the past.

McCall’s journey tells us a lot about the feverish entrepreneurism sweeping through San Francisco. In fast order, she met and partnered with a domain expert (Jutta), quit a cushy management consulting job, did the hard anthropology on SF streets to learn first-hand about restaurant pain, and connected with the ideal, engaged group for beta testing.

She considers herself lucky to have started small. “We think there’s a lot we can learn from the food trucks first,” McCall said. “They loved the process. They’re very excited. They’re entrepreneurs.”

Perfect, it turns out, for prototyping.

Update: McCall’s startup did not fly, but as they say in San Francisco, she failed her way to success. She now works in Strategy and Planning at Apple.