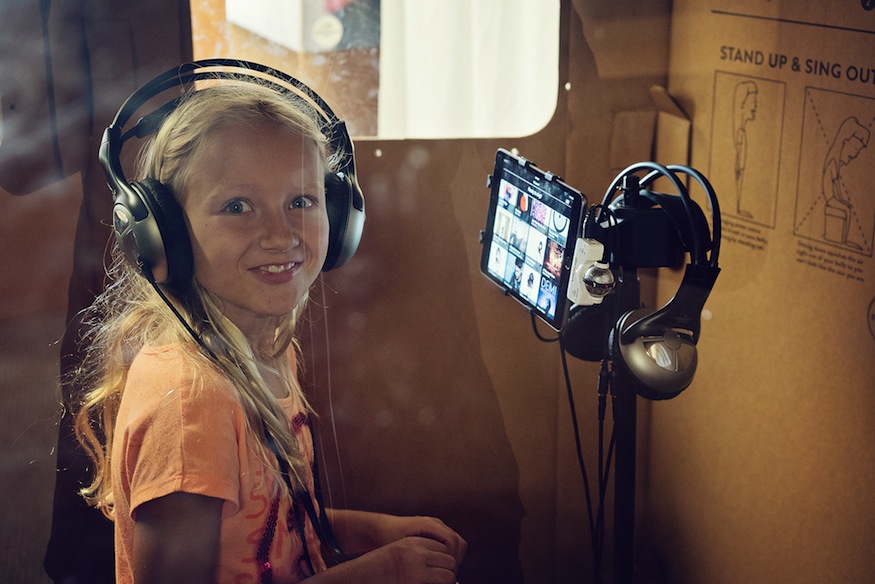 Startups need to scale to succeed. It’s hard to do. Entire books have been written on the subject. The odds were against Steve & Kate’s Camp when they opened a second camp in 2006. Then came a third camp in 2008, and things started to get crazy. If you’re an entrepreneur or startup, read on. Growth forced Steve to explore opportunities for innovative breakthroughs, a process that offers telling lessons for any company.

Steve & Kate’s Camp recognized early on that they had to get bigger to offer a growth path to hold onto their talented staff. But the runaway success also surfaced new, universal problems. Take distribution. With 41 campsites and growing, “We’re moving thousands of things.” Back in 2008, with more than a thousand SKUs, it seemed logical to invest in a central warehouse. “We thought we’d save on shipping,” said Steve. But, as the warehouse became larger and larger, he realized it wasn’t a core capability.

“My thought process is that I want to take on bigger challenges,” he said. “I often ask how can I make a problem bigger. That can lead to breakthroughs.” So, this past summer, Steve asked his logistics expert, “What would we do if we didn’t have a warehouse?”

The answer: ship locally to each camp. The last six months, they’ve been developing a more scalable model to be free of a year-round warehouse. They’re taking advantage of existing infrastructure, from FedEx and UPS to Pods, to ship out directly to each location. The shift also will enable his teams to focus less on moving gear and equipment in the hectic weekend before summer opening and more on “getting to know each other and bonding.”

This big picture problem-solving strategy led to another insight. They also let go of traditional furniture. “Touring the warehouse, I could see that it was too big. We were storing all these plastic tables year-round,” said Steve. “It bothered me.” Steve spotted some furniture made out of cardboard at a trade show, and worked with manufacturers to create cardboard furniture tailored for campers – stools, tables, and benches, and potentially entire rooms. Another plus: there’s no need to store them at the end of the summer. “We can give them to kids or parents or we recycle them.” The cardboard furniture can be customized to the camper’s experience. “For our style studio, we can size and build drawers to store our kids’ supplies, and we can custom-print checker boards and images and words,” said Steve. They’re also graffiti-friendly. “They’re vehicles for personal expression.”

Entertainment is another opportunity for expansion. Lining up weekly entertainers for dozens of camps was becoming logistically challenging and expensive, so Steve reframed the question: “If we have a budget of $X, and performers are asking for $3X, I asked, ‘What would happen if entertainers were asking for $10X?’” In the past, Steve brought in local musicians or an exotic animal to an individual camp. Now he’s searching for the best talent in the world and planning to broadcast it to all the camps. “Think about Ted Talks. We’re looking at tailoring an experience that relates to our kids, at how we use this as a vehicle to move our story and expand our community.”

Most of all, Steve has been able to grow and adapt by seeing beyond the traditional constraints of the very concept of a kids’ camp. Flexibility and self-empowerment is the model. Kids can do whatever they want, whenever they want, at any of each camp’s studios (music, fashion, bread making, animation, dance, filmmaking, and coding) as well as participate in copious sports and recreation. Parents can sign up for any number of days, get a refund for unused days, and even buy a membership.

The first camps were often in entrepreneurial epicenters, and Steve noticed the parents often came from creative companies or disciplines. More than once, he’s been asked by an inquisitive camper under the age of ten, “Where did the idea for this business model come from?” That remarkably entrepreneurial understanding by the young campers has helped spurred him to work on the next step. “The camp is a vehicle,” said Steve, who recognizes that the expansive growth of his unusual learning model is itself a broader business opportunity. Steve predicts that eventually kids camps will be a small portion of his overall mix of products and ventures.

Steve and his staff are in the thick of building a team to accomplish these tasks right now at his Sausalito, California, headquarters. Apple has long been intrigued with his use of its technology. The company recently dispatched staffers to analyze the advanced way his camps use iPads to sign in and track campers. Steve’s also got an animation product division. He’s hiring software engineers. “We’re developing our own technology: music apps, animation, and coding apps. Stuff that doesn’t exist.” The goal is to develop tools to enable “self-directed” learning. “Whenever you get humans involved, there tends to be emotion and bias,” said Steve. “These are tools that enable non-judgmental feedback.”

Steve’s forte may be a fresh model for learning and entrepreneurship. He doesn’t so much want to train people, but rather, hire people who are “evolving and training themselves.” Steve has no fixed office, and if he has a method, it’s this: “Often when I take on a challenge, I magnify it. I love to rephrase questions.” He believes that it’s about rethinking the basics. “A lot of the jobs we are supporting are jobs that should go away. If we create an environment where we don’t have customer service problems, we don’t need a customer service department.” Steve says they still think of themselves as a 35-year-old startup. “It’s still messy. I hope it always is. If you want to grow a culture, you don’t put on Band-Aids, you address the fundamental issues.” He’s looking at trying to help people become self-actualized, and find their inner superhero. And not just kids: “How do you do that in an organization, how can that be an institutional thing?”

Steve knows the first step is a lot like summer camp. “Just like we had to get out of the kids’ way, it’s time for us to get out of our way.”

Have you checked out Startup Camp (Part 1)? If not, click here.