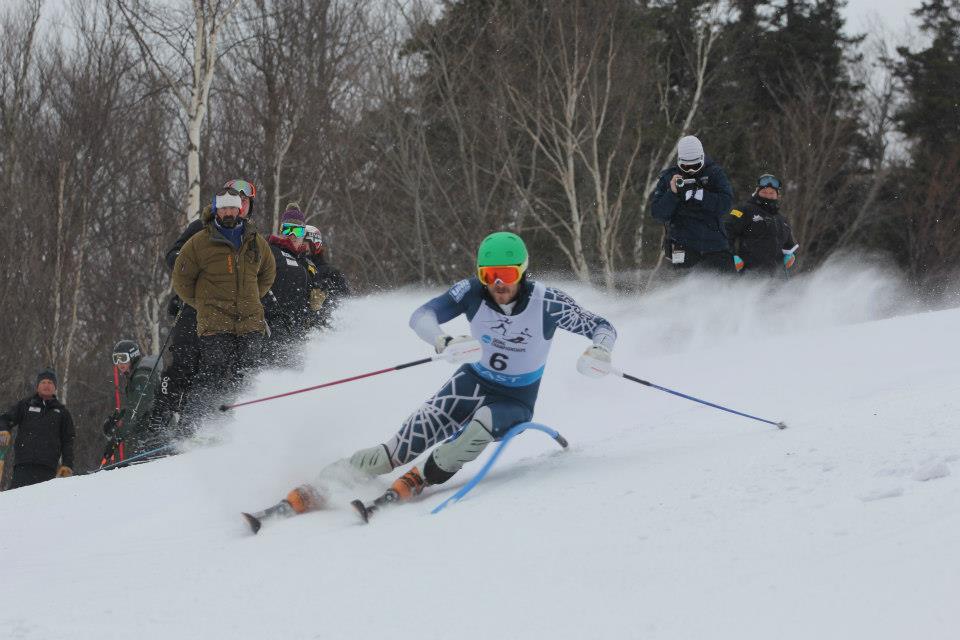 Knowledge is power for companies, entrepreneurs, and athletes. More than a decade ago, while coaching aspiring alpine ski racers at the Killington Mountain School in Vermont, Everett Young’s new boss required accountability, demanding that the latest crop of young skiers achieve stunning race results. Everett fought back by mining data, and stumbled onto a revolutionary idea that just might bring us more Lindsey Vonns, Steph Currys, or Bode Millers.

Athletes are entrepreneurs. They experiment, fail, and then experiment even more to find their groove, and like entrepreneurs, they rarely succeed in their initial efforts. Everett had an insight. Young skiers (and coaches) frequently lack awareness about how different training regimes can increase the odds that an athlete will reach full potential. Seeking answers in data, Everett began the painstaking process of meticulously tracking his 30 teenage full-time winter racers. He plugged key performance bands into an Excel spreadsheet – results from races, competition and conditioning plans, and assessment testing. The data helped him prove there was “no way to achieve the goals my boss wanted,” and delivered a significant finding: off the slopes his “athletes were doing things that were counterproductive.”

Skiing is an explosive, dynamic sport. Skiers bomb down perilous slopes at highway speeds, drawing on tremendous balance, core strength and steely nerves. Athletically, they bear similarities to power lifters and sprinters. As Everett sorted through the data, he found a pattern. Returning from the off-season, many of his skiers who engaged in non-complementary sports had reduced their speed on the slopes. “There were lots of kids who were also distance swimmers and distance runners,” says Everett. “They were losing fast-twitch muscle fibers (long established as dominant in sprinters) and power in the off-season.” The data helped Everett prove to his boss that his aggressive performance goals weren’t possible. They had to set more realistic goals and change the communication with the off-season coaches to mitigate counterproductive training. Everett was inspired by a visiting expert from the Australian Institute of Sport, internationally respected for advanced training and talent development. The Australians have been expert at figuring out the key performance bands for different metrics that can be measured across sports. Everett saw that his modest data experiment with his youth ski team was on a similar track.

But he was not a data scientist, just an ambitious ski coach with a hunch. “I knew this [off-season, incompatible training] was the pain point,” he says. “But I also realized there was way too much data to track, and no easy way to share it.” Everett had more than he could handle, and, as happens more often than not with an innovative idea, he “sort of gave up after a while.”

Jump forward several years to 2006. Now coaching with the Rowmark Ski Academy in Utah, Everett was still tracking basic metrics for his athletes, when he spotted a strong correlation between two iconic measures of power and their impact on future potential. By the end of the 2010 season, he could clearly see that skiers who steadily increased their vertical jump and max squat (relative to their weight) were on a positive, high-performance trajectory. Working to get his skiers sponsorships, he began using data to demonstrate to brands that all things being equal the athletes who were progressively gaining power and spring “were the ones to pick.”

Frustrated that he couldn’t access enough information on his athletes unless they were training with him year round, he began working with coaches across sports on the high school and college level to more clearly set base performance metrics for athleticism. He founded iChampsports and “built a couple of models and tests. Private prototype testing for about 100 athletes at different levels.” He wanted everyone involved: “Coaches, trainers, brands, recruiters, parents, scouts. It’s a lifecycle. Young athletes start in a lot of sports, and then specialize. To be successful, there should be a system.”

Everett quit his job, raised a modest amount of “friends and family” funding, hired what seemed “the million-dollar team” but the programmers couldn’t get anything built on time. “We made classic startup mistakes,” he said “things were falling apart.” Then came a chance online encounter with a fellow alumnus of tiny Hamilton College. Everett had graduated in 1998, Greg Schwedock in 2010. Greg happened to be a full stack developer who had also played and coached hockey. The two Hamiltonians hit it off, and just like that, Greg became a co-founder of iChampsports and built a prototype. They tested it for a year, and then Everett pitched it to college and high school ski teams. Soon, he was tracking a thousand athletes (with a wait list of over 5,000) in key metrics. They measured and tracked all sorts of things, from basics like which sports an athlete participates in to the physiological: height, weight, BMI, date of birth, VO2 max, one-rep max squats, power cleans, bench presses, vertical jumps, and sprints. They also track environmental data: altitude, temperature, humidity, wind, travel, as well as sports-specific data: equipment, wins, losses, game metrics, and training metrics.

Today, iChampsports has detailed athletic training and performance data on an astounding 88,000 athletes around the world, what Everett calls “a map of data and athlete movement in the sports ecosystem.” While skiers remain the majority, the database includes thousands who play soccer, baseball, lacrosse and football, and compete in track and field. The data is knowledge. “There are a lot of rules that we have to work with. We’re not selling anyone’s data,” Everett says. “But the metadata is valuable.”

Skiing is just the start. “We’re trying to finish up with ski racing before we move on to other sports,” he says. The goal is to give athletes and coaches a gold standard for athleticism. “We want to give people the opportunity to compare their training and results to performance bands so that they can see if they’re on the right track, no matter the level,” says Everett.

Coaches can test their training theories against thousands of real life “case studies.” Young athletes will have a better grasp of how to excel as multi-sport athletes, of how to limit the counter-productive and find the sweet spots of cross-training.

There’s an irony here. Bode Miller, perhaps the greatest American skier in history, rejected the system and even at one point the U.S. ski team. Miller relentlessly experimented with an evolving eccentric training cocktail focused on strength and balance. He rolled logs, walked tightropes, peddled unicycles up hills, shoved a heavily loaded wheelbarrow around, climbed rock faces, and sprinted while pushing a 600-pound tennis court roller. That maverick training and a correspondingly brazen style won him gold and renown on the slopes.

No one has been quite like Bode Miller, and he did it without benefit of technology. But perhaps there’s another way to look at the inevitable approach of the data driven athlete: A world where a young athlete might have greater knowledge of the demands of individual sports, a chance to find themselves, and the time and space to spark the inner spirit that lights the flame.

Welcome to the future of human performance.