Goldilocks at the Surf Shop 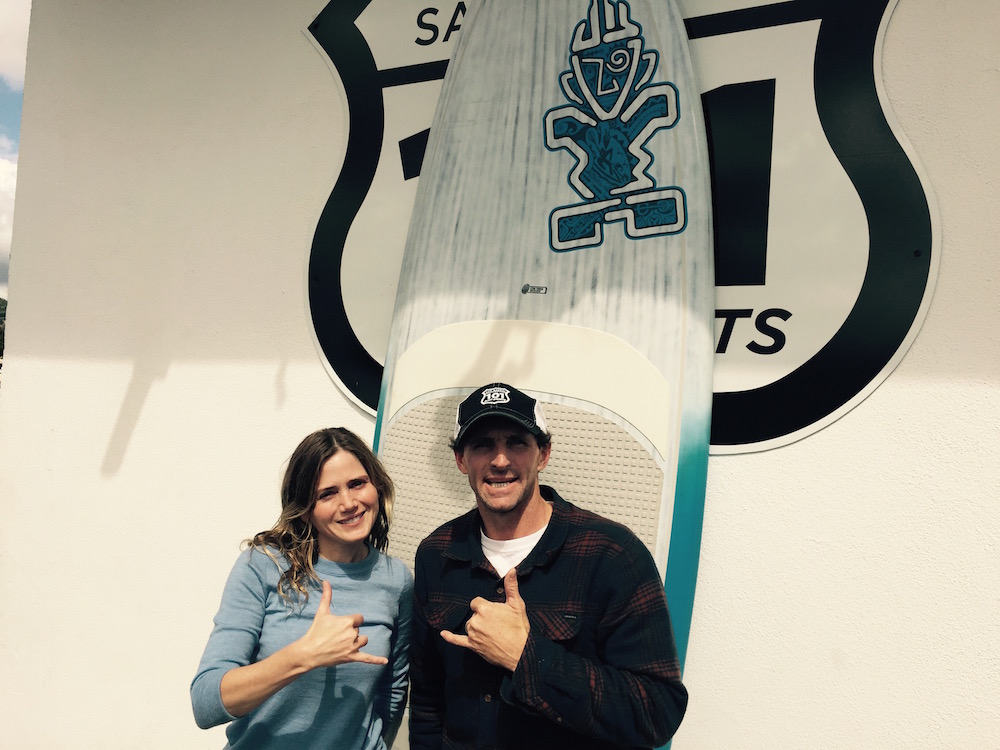 I’m a girl who likes a certain amount of attention when shopping. Not so much attention that I feel crowded right out of the shop, not so little that I feel neglected and can’t figure out how to spend money, but rather, just the right measure of friendly, easy attention to put me in the mood. It’s what I call The Goldilocks Principle, and to understand it, join me on a little shopping trip.

THE FIRST STORE:
Furniture shopping is the sort of transactional consumer experience that fills me with dread. It’s expensive and the sales pressure is palpable. But online browsing doesn’t quite get me there. So it was with trepidation that I accompanied my friend to the local Pottery Barn. Peet’s coffee in hand, I announced: “We’re not talking to anyone. Do not engage.” We stepped in, didn’t see anything nice, and nearly made a clean exit, but got stalled by the bed sheets. As we stood before a display of crisp white linens, an employee sneaked up behind, and barked, “May I help you?” She startled me, and my coffee splattered out onto the white matelassé. Mortified, my head filled with visions of having to fork over hundreds of dollars in a public shaming in front of the other customers. “Just looking,” I stammered, and miraculously, the salesperson’s oblivion worked in my favor, and we were able to hightail it out before anyone noticed.

“May I help you?” is the kiss of death in retail. It’s a big part of why everyone’s shopping online, and why many vanilla-flavored brick-and-mortar retail outlets are skidding toward obsolescence. Yet, as you’ll soon discover, Goldilocks isn’t so easy to please. She doesn’t like the opposite of “May I help you?” either.

THE SECOND STORE:
Car shopping with a friend, I found myself engaged in yet another anxiety-laden shopping experience. Wearing our typical normcore duds, we were not any car salesman’s picture of well-heeled, and when we walked into the Lexus dealer, we were utterly ignored. None of the salespeople acknowledged our entry, nor rose from their desks to talk to us. We were clearly victims of consumer profiling, as they collectively assumed by our clothes that we lacked the coin to buy a luxury car. The joke was on Lexus. My friend, as people have been known to do in San Francisco, had just sold his startup. We walked next door to the Land Rover dealership, and told them we wanted to buy with cash. The salesman snapped to attention, and within thirty minutes, we were driving off the lot in our brand new vehicle.

Memo to Lexus and others: don’t judge Goldilocks by her appearance.

THE THIRD STORE:
Here’s the real surprise: the closest I’ve come to experiencing the ideal expression of The Goldilocks Principle was in the unlikely confines of a surf shop. I had stopped by to catch some friends cross the finish line of a standup paddle race, and as I wandered into 101 Surf Sports in San Rafael, Cort Larned, the co-owner, welcomed me with a beer, and then left me alone to take it all in. The attention and experience was just right. 101 Sports feels more like a surfer club than a store. The expansive shop and sprawling space, with an outdoor deck featuring red picnic tables and umbrellas, sits on the canal, where SUPers and kayakers are bustling on and off the dock. Part store, water gym, and general hangout, it’s less a store and more a destination. And unlike clueless Pottery Barners and arrogant Lexus salesmen, the guys at 101 Surf Sports have thought hard about their customers’ needs. They never, ever say, “May I help you?”

“Gladwell’s (book) Blink inspired us to look hard at our greeting,” says David Wells, a wiry, intense, former banker who opened 101 Surf Sports in 2011 with the affable Cort, a two-time world windsurfing champion. David and Cort developed a detailed, surprisingly intellectual approach to their business. They knew that popular customer greetings often are distinctly counterproductive. Say, “May I help you?” and more often than not, the customer delivers the dreaded comeback “Just looking,” and/or splatters her coffee all over your products.

David instead aims to start a fresh, interaction with a positive slant. “Open with ‘Welcome,’” he says, and from there, make it your own. David’s favorite is “Welcome. Thanks for coming in!” He might follow a bit later with, “First time in the shop?” The goal, he says, is to initiate the interaction in a non-sales way, and set the table for the research phase, where he begins to learn about the customer’s needs and dreams.

The surf guys have a few other tenets. Never say welcome from behind the counter. No crossed arms or hands in pockets. Solid eye contact is the goal – and never, ever sneak up behind a customer.

Here’s what Goldilocks has to say to all the brand and customer service experts across the land. A surf shop in Northern California has more to teach you than all the spreadsheets, Big Data, and focus groups you can buy. 101 Surf Sports is the perfect expression of The Goldilocks Principle. They’ve measured out just the right amount of attention to put a girl in the mood to buy.