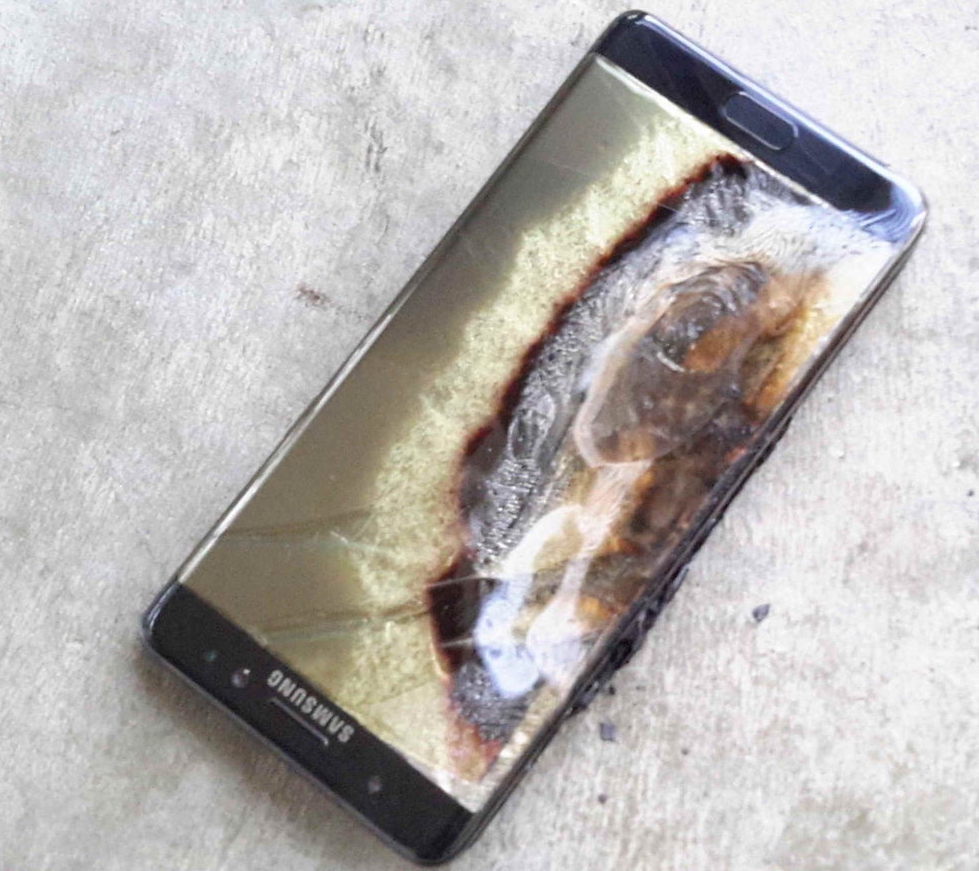 This weekend the FAA criminalized the latest Samsung smartphone. Following the evacuation of a Southwest flight due to a smoking Galaxy Note 7, the US Department of Transportation and the FAA jointly issued the emergency order, adding that: “Anyone violating the ban may be subject to criminal prosecution in addition to fines.”

Apple’s biggest competitor, which built its brand in the US on massive ad campaigns targeting millennials with the suggestion that the Galaxy was the cooler, hipper alternative to your parents’ iPhone, is now in big trouble. (Even bigger trouble than they were in when they got busted for ripping off iPhone hardware and software, but that’s another story.) Forget about Apple’s limitations, the fact that Jobs won’t ever come back, the reality that when you secure more than half a billion customers you naturally become less edgy and risk-averse. Millions of Samsung customers are now almost certain to switch to the iPhone.

Anthony Foxx, Secretary of Transportation, said in the October 15, 2016 statement that the extraordinary step of barring the Galaxy phone from flights was necessary (with fines up to $180,000 and criminal prosecution), “because even one fire incident inflight poses a high risk of severe personal injury and puts many lives at risk.” Indeed, the order is quickly spreading across around the globe, with airlines worldwide banning the Note 7 from flights.

Forget about Trump’s wall or his anti-immigration, isolationist, illegals-are-not-welcome-here rhetoric. Samsung owners are the new illegals, and once spotted, they will be denied boarding “until the passenger divests themselves and their carry-on and checked baggage of the Samsung Galaxy Note 7 device.”

Samsung’s botched Note 7 product intro, partial recall and total abandonment and global castigation has come down to this: owning a Galaxy Note 7 could land you in jail.

There’s an old saying that traces back to Watergate: “it’s not the crime, it’s the cover-up,” and the indications are strong that Samsung will be smacked with personal injury lawsuits after its phones exploded in pockets and cars (causing 3rd degree burns and fires) and suffer deep damage to its brand due to its alleged negligence. The New York Times has reported that the company’s “militaristic” top-down management not only resulted in crisis management by executives who didn’t understand technology, but the Korean chaebol conglomerate which controls the company also appears to have chosen the cover-your-rear strategy of limiting its “legal” email trail mid-disaster – telling employees not to discuss Samsung’s product flaws in writing, even internally. If what The Times says is true, the damage to the brand may be irreversible. Jeopardizing customers’ physical safety in the interest of reducing financial liability doesn’t inspire brand love.

Then there’s what Forbes calls the loss of “potential sales of 19 million phones, or nearly $17 billion” during an upcoming holiday season when millions of customers will surely flock to Apple’s 500 stores worldwide to check out this year’s only true new phone, the iPhone 7.

Yet there’s an irony here that the mainstream tech press has largely missed. This is about more than Samsung’s colossal technical and ethical blunder, it’s about the public dismantling of the upstart Samsung narrative – the hot young underdog taking a swipe at boring old Apple. Remember those trendy mocking ads a few years back with sarcastic zingers like, “It doesn’t take a Genius” and a scenario that portrayed the lemmings waiting in line for the latest iPhone as old fuddy duddies, along with the line Samsung wishes we’d all forget, “The Next Big Thing is Already Here.”

Maybe innovation is not the ultimate test for the device that we count on for work and play. Maybe when it comes right down to it, you want the grownup smart phone. One that took longer to design, engineer, and test. One that doesn’t explode mid-flight.

Yes, the next big thing is already here, and until next spring, the only Note-worthy new entry in the Galaxy is the iPhone 7.