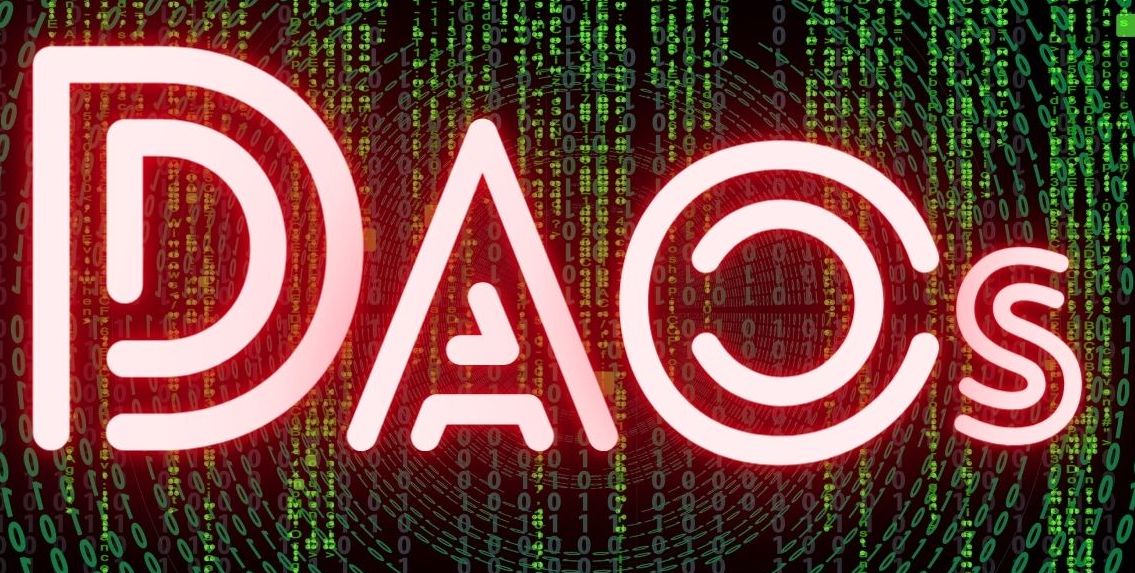 Everyone’s talking about DAOs. We’ll get to the Whys and the Hows in this conversation (part three of our Web3 series) with media inventor Ron Martinez, but first we’ll start with the What.

Ron: DAO stands for Decentralized Autonomous Organization. Let’s break down the term in the reverse order of its components.

Organization refers to a collection of people with roles, shared goals, shared identity and shared mission. They are organized around mechanisms, tasks, and capital – all of which generates value, shared amongst the participants in the DAO.

Autonomous relates to the management of those functions by smart contracts and protocols, specifically designed to approve tasks done in service to the DAO and compensate participants for their contributions, and to regulate governance. Notably, this differs from a traditional business in which managers decide who deserves what compensation and then disburses funds through the accounting department. In the DAO, decisions are made by smart contracts and votes, and something called a multi-signature wallet that has to be signed by multiple parties in the DAO.  Once all parties sign, the funds are released. So it’s managed, it’s not entirely autonomous. It’s not a robot.

Decentralized means that rather concentrating all the power in the hands of a few gatekeepers, the organization’s power and authority is distributed amongst its members, typically in proportion to their contribution to the DAO’s mission and output. Participants are rewarded in special purpose digital currency specific to that DAO.

Susanna: Sounds promising. Will DAOs be replacing legacy capitalist institutions? Do you see a day where we all quit our day jobs and gain financial independence by contributing our talents and interests to DAOs?

Ron: We can’t expect that legacy companies or industries that have a lot of vested interest in maintaining existing structures will become a DAO. In some cases, there can be a migration, but typically they’re (brand) new. It’s hard to transform a legacy entity.

The design of the DAO includes the practice of tokenomics. You have to design tokens, and have a sufficient treasury of them. You also designate protocols that recognize when coins should be dispersed and to whom, in a virtuous circle of contribution compensation. You’re designing a mini-economy. It’s not easy. It gets more complex as things move along and it may run up against human nature, and legacy-type expectations.

In reality, there are pitfalls in any organization: trust issues, or people not executing, with decisions to be made about such obstacles, but in principle, you’ve got a collective governed by a well-designed protocol and internal economy.

Why Start a DAO?

Susanna: OK, so not all companies fit the concept. Can you give us an example of what kind of organization would work well as a DAO?

Ron: Say I have an idea called Immortality DAO, which would gather funds and fund research for longevity and life extension, and design related products and services. If these efforts generate value and revenue, then the contributions of DAO members will be reflected in the amount of the coin of the realm (we’ll call it a LifeCoin) that they hold. And so if you have 5% of the outstanding in currency, then you may be entitled to 5% of the upside. A well-designed protocol will recognize varying contributions and authority and assign more weight to members’ votes accordingly.

Susanna: Immortality DAO sounds interesting in theory, but let’s talk about a real-life example. In fact, there’s one I’ve been reading about called Raid Guild, a collective of freelance Web3 builders and designers who contributing their consultation, development and marketing skills as an agency. Could you speak to this example?

Ron: Yes, you do see DAOs that have the word Guild in them. They tend to be skilled artisans of code and crypto, with rare and very in-demand talents. Raid Guild builds Web3 products to engage in marketing and visibility. By pooling their resources, they’re sharing profits, and they’re very generally committed to the ideal of open source. It’s an interesting dynamic, a commitment to public goods, things that are available to everyone. So there’s private value and personal gain, but also the profit goes into benefiting the community at large.

There’s also a great forthcoming project called studiodao, started by Kenny Miller, a former executive at MTV, Nickelodeon & Walt Disney. It’s an alternative to the business-as-usual Hollywood processes. Right now you have the studios and the streamers (Netflix, Apple, Amazon, etc). If you want to make a television show or movie, this is where you have to go.

Studiodao is attempting to pull together resources, talent, ability, and effort to create new media properties. In other words, intellectual property that can span multiple mediums: film, television, games and more. Contributors to the DAO have tremendous track records. To join, they need to stake something, or buy the coin of the DAO or otherwise contribute to the treasury. They have a governance structure, and a proposal and grant structure, which enables people to approach the DAO with proposals to make films or television series.

If these projects become profitable, DAO members and coin holders will benefit. Studiodao has the potential to challenge traditional industry, the extreme centralization of production funding for feature films and television.

How to Get Started

Susanna: Great examples. If you were to start a DAO right now, where would you start?

Ron: I would go to a proven organization like Aragon, which was early and visionary in its mission to create tools for remote collaboration and decentralized governance. Now, it’s extremely accomplished and mature. DAOs can be very expensive to spin up. If you’re creating a bunch of smart contracts, you’re going to generate a lot of gas fees, so it could be thousands of dollars just to launch the smart contracts. Outfits like Aragon, in addition to its original Ethereum-based architecture, are now also implementing on Polygon, and in other lower cost chains. There’s also a  strong Ethereum-based DAO infrastructure project based in the UK called Colony.

The NEAR Protocol’s Astro DAO

And I should mention the NEAR Protocol, which is its own, advanced blockchain. They’ve designed DAO infrastructure such as SputnikDAO, recently iterated to a platform called Astro DAO, which is inexpensive, quick and easy – almost like a minimum viable product. With a small investment of only a few hundred dollars, you can get up and running.

Lastly, I want to highlight one more DAO infrastructure company created by Dennison Bertram. A former fashion photographer based in New York, he started Tally, a platform with highly evolved mechanisms for DAO governance, including a voting dashboard, governance tooling, real time research and analysis.

Susanna: Let’s talk about next steps. DAOs are sort of self-contained worlds. Which are great when everything works and turns out according to your ideals. But what about when things go wrong? What happens then?

Ron: Right. Statutes and legal jurisdictions generally rely on existing case law and enforcement. What if someone figures out how to abscond with the funds, or a few people collude to  attack the treasury, and drain it? When the DAO is committed to delivering something to outside entities and doesn’t deliver, what happens then? Well, you have The LAO. They have devised methods to set up their venture investment DAOs  so as to get the benefit of legal recognition as an LLC. So there are novel ways of structuring an LLC to do that. I would pay a lot of attention to these regulatory advances in the future.

Susanna: I get it. Just like any business, a DAO would need to have to have a taxpayer ID number, and physical address in, say, Delaware?

Ron: I would also look to Wyoming. The state has been a leader in this space thanks in part to Caitlin Long. After a career on Wall Street and traditional finance, she became involved in cryptography and DAOs. She has been a real leader in evolving the laws in Wyoming to recognize DAOs as legal entities. Because if a DAO can be recognized as a legal entity, then it doesn’t need to be grafted onto an LLC.

Susanna: Perhaps other countries will be friendlier to DAOs as well. In recent news, Gibraltar has added new regulatory structures to become a haven for Web3 entrepreneurs and developers. Increasingly, the dialogue on the future of tech includes words such as DAOs, with less emphasis on crypto and more on mainstream adoption of blockchain-based benefits such as sovereign identity and stable coins. Because of Web3’s more collectivist and less individualistic and capitalist nature, some feel that Europe will be better at embracing this future than the US.

Next in our series: we’ll talk about the origins and future of the Web3 gaming sector.