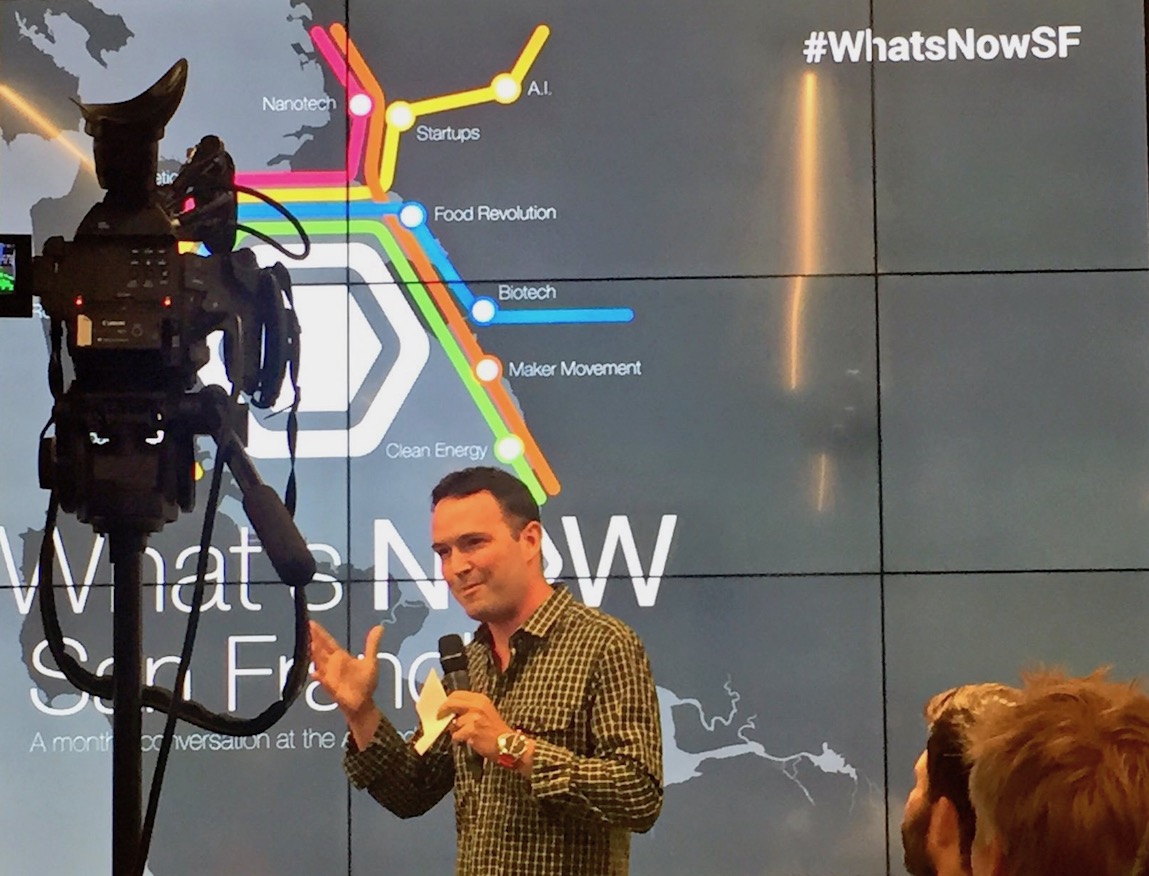 There’s power in self-awareness – in truly discovering who you are, what fuels your passion, and what superpowers you bring to a team. Case in point: Joe Boggio, who grew up an extremely shy kid in Michigan with what seemed a limited future until an inspiring teacher saw something more.  Joe rose to the challenge and took on his fear of public speaking, and transformed himself into an entirely different young man. His early efforts to “interview the interviewers” led to a promising career in tech sales at IBM and Oracle with automotive clients. Then, through his knack for self-directed learning, Joe created huge cross-industry innovation programs at Microsoft and the massive IT firm Capgemini. Last but not least in our series of excerpts from the first chapter of The Entrepreneur’s Faces, we bring you the intrapreneurial leader Joe Boggio, the Collaborator.

Sometimes the quiet ones make the most impact. They may be in the back of the room, but they’re listening, puzzling out how everything fits together. The cards may seem stacked against them. They may grow up in the worst place. Lack all the usual advantages. Their psychology and temperament seem wrong for the challenge. But from their angle on the sidelines, they take in the key players, big picture, and quietly get stuff done. Eschewing the spotlight, the Collaborator chooses instead to grow into a masterful connector who leads by maximizing talents. Models: Bill Hewlett and David Packard, Founders of HP. Ray Dalio, Founder of Bridgewater Associates, “Principles” Author.

Joe Boggio grew up in Three Rivers, a small town in southwestern Michigan, with brothers and sisters nearly a generation older, “so when I came along it was almost as if I was an only child.” Joe’s grandfather traced his roots to Piedmont, Italy, and his father grew up on a street in town nicknamed Spaghetti Avenue. When Joe was 13, his father retired from the Navy and moved the family to Jones, Michigan. There was a gas station and a flashing light, and that was it for miles in any direction. That isolation helped make Joe “a really, really shy kid who didn’t like being a shy kid.” He saw trade school as a solution to his social fears, a way out. His junior year, Joe would endure the first three hours of his morning at the local high school, and then take an hour bus ride to spend the afternoon in a simple lab, learning the electrician’s trade. “I thought, OK, sweet, I’m going to be able to hide, you know, ride out my last two years of high school.”

Then he met John Capella, his trade school teacher. A Marine helicopter gunner in Vietnam, “Mr. C” demanded discipline with a direct method of enforcement. A stack of toilet paper rolls on his desk – just in case you weren’t paying attention. “He would whip one of these rolls of toilet paper at you,” said Joe. “You were not going to get hurt, but he came in hot.”


Along with firing rolls of toilet paper, Mr. C cared deeply about his charges. He quickly saw through Joe’s shyness and told him how it was going to be. “I’m not going to let you get away with this,” he told the boy. “You’ve got more in you, and I’m going to pull it out of you.”

No one had ever talked to Joe this way. Not his parents. Not his friends. Definitely not his other teachers. “You’ve got to make a life choice. You can either be afraid, and at the back of the pack, or you can decide to be at the cutting edge.” The discipline wrapped in compassion spoke to Joe. This teacher who cared and saw something more than his tremendous shyness and fear. “He changed me, and challenged me, in so many ways,” said Joe. “I started to want to make him proud of me.”

It was like flipping a switch. Joe’s wiring changed, in part because his mentor brought more than just talk. Mr. C made Joe class president and pressed him into a prominent role, appointing him to lead class each morning. It was an early glimpse into his potential as a team player, a Collaborator. No longer content with being in the back, Joe moved up front, confronting his shyness, finally exploring what he really wanted to do with his life. The chance to lead. That was inspiring. Joe had grown up hearing stories of courage and honor from his Navy father. Now he had a new role model who was also a veteran. Mr. C was a die-hard Marine, and Joe wanted more. He stopped in at a recruitment office. He was 17. Scared but 100% in. “I had an agreement with the recruiter that the very next day, Saturday morning, I would come back and sign up.”

But first he had to tell his dad.

The Collaborator’s Journey: Our futures are not solely determined by early advantages, the luck of being born into a prosperous family, the privilege of a top education. Such fortune wasn’t in Joe’s favor, or maybe it was. His ex-Navy father was retired by the time he was a teen. The isolation of growing up in rural America fed Joe’s natural introvert tendencies. But a mentor intervened before that pattern stuck. And Joe would develop a Marine-like discipline toward reaching out, toward seeking and honing the essential tools of collaboration, both with individuals and corporations, reminding us that we cannot do this alone, and that our Awakening is very much a team sport.