Planet of the Apps: Your 60 Seconds of Fame 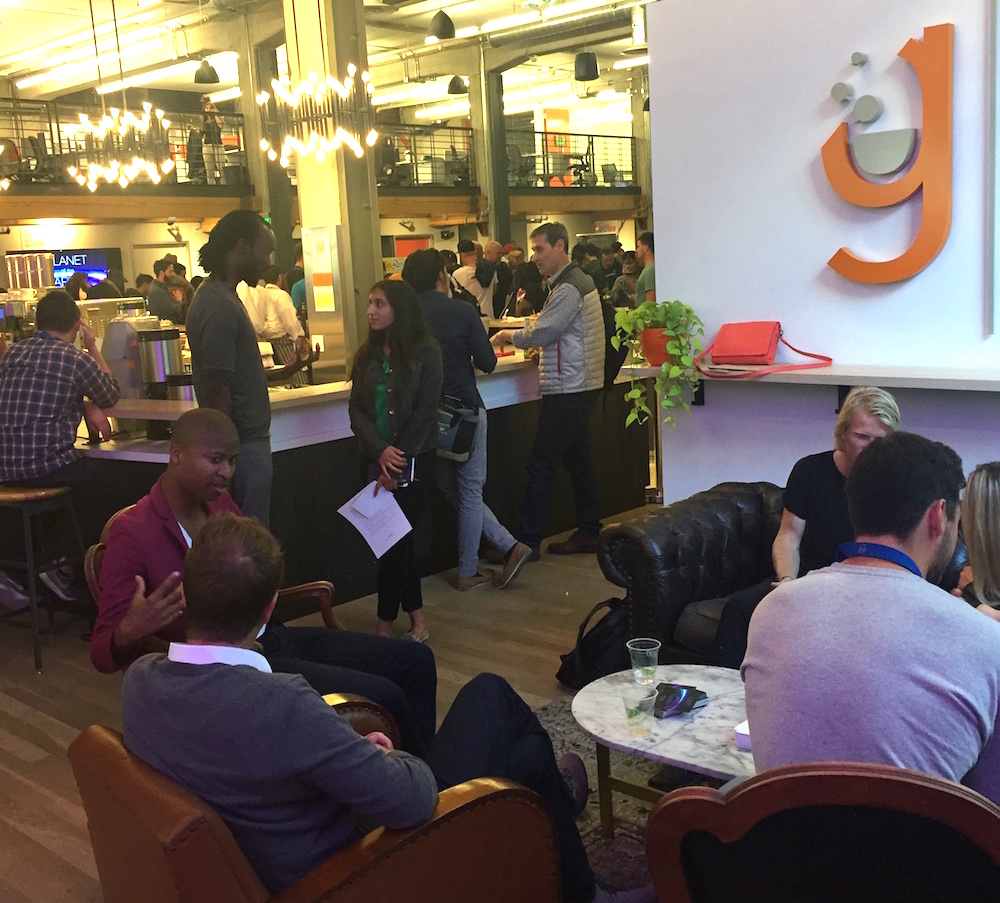 The money is on tech, and this week, two TV heavies and one hip young tech product buck let the assembled hundreds of hungry techies at startup hub and coding campus Galvanize in on the deal. Reality TV is coming to tech, it’s going to be big, and this just might be your break.

Here’s all you need to know. This new show, Planet of the Apps, is backed by Apple and Product Hunt. One idea. One minute. Yes, dummy, it’s an app. Just don’t wear sunglasses or a hat when you shoot your 60-second video, for this just might be your moment of reality show fame. Welcome to the future of tech.

Speaking from a second floor balcony perched over the crowd in the sprawling sleek café and lobby of Galvanize’s 5-story SoMa building,  Ryan Hoover, the 28-year-old founder of Product Hunt, played MC to veteran TV and movie producers Ben Silverman and Howard Owens. The forty-somethings touted their impressive TV bonafides: production credits on hits like The Office, Ugly Betty, American Gladiator, and The Biggest Loser. They also riffed on their favorite apps, joking about how Waze, the traffic app, was a morning necessity in car-clogged Los Angeles. The night was a casting call of sorts – the real future stars of Planet of the Apps were on the floor below, checking their texts and emails, while washing down shredded pork sliders with craft beers. Time is short for prospective tech gladiators in this competition.  Video applications, from which 100 contestants will be selected, are due in under a month, on August 26, the winners gaining “hands-on guidance from some of the most influential experts in the tech community, featured placement on the App Store, and funding from top-tier VCs.”

Ubiquitous hip hop star and entrepreneur will.i.am will be one of the stars. With the production expertise of Silverman and Owens, the product savvy of Hoover, and Apple’s support, this looks to be a major production.

Filming for the pilot season is set for late 2016 and early 2017 – in Los Angeles –  a footnote that caught my eye. By chance, yesterday I paid a visit to Apple’s new, mind-blowingly beautiful store on Union Square in San Francisco, and it’s hard to imagine a better stage. Here’s a small idea for some very smart Hollywood producers: shoot some footage here in San Francisco: in the Apple store, in the incubators, tech campuses and startups, the actual birthplaces of app creators’ hopes and dreams.

The reality is that the real place where tech meets money is Silicon Valley and San Francisco.