Portuguese Time-Out: The Barber of Lagos 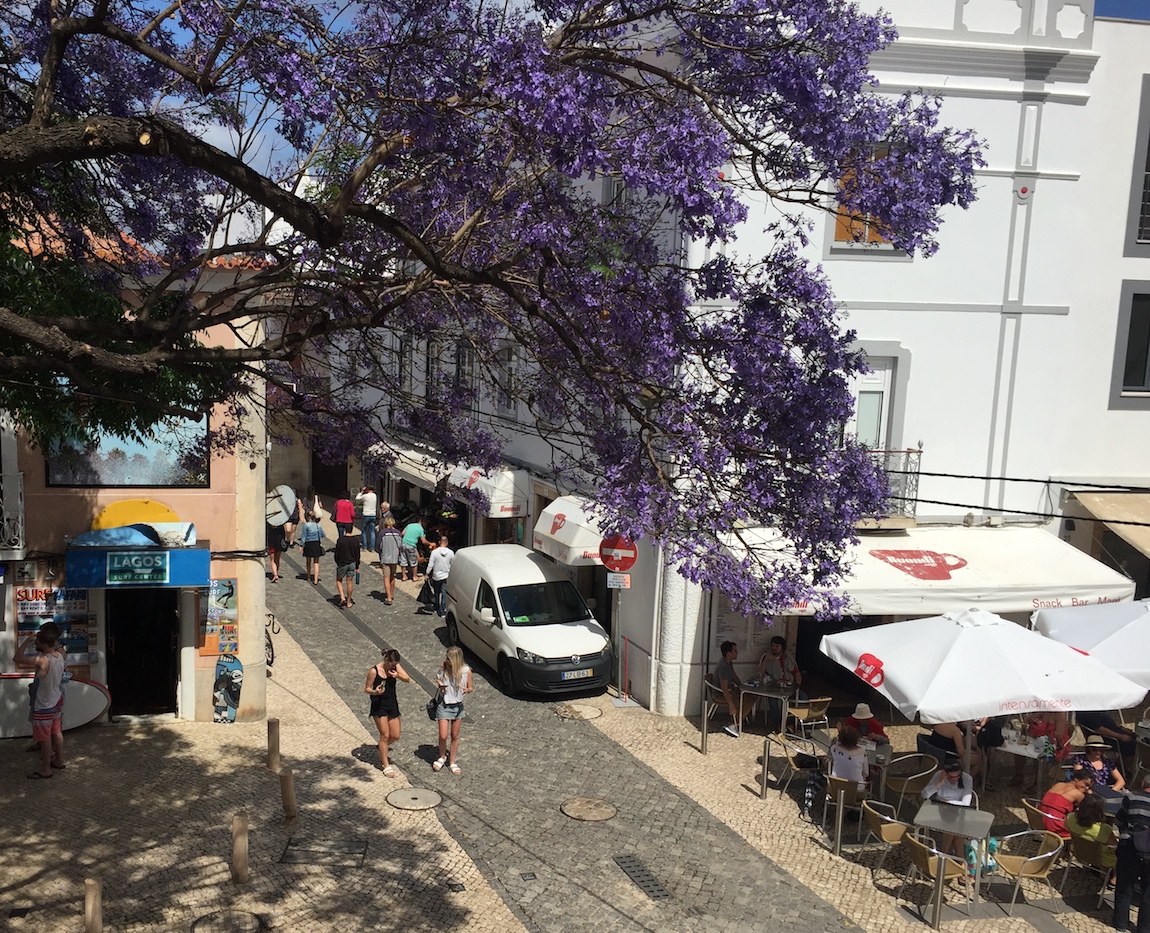 One sleepy morning in the southern coastal city of Lagos, Portugal, we spied a barber shop, and peered inside to find a slender man sweeping. I stepped in and asked if he might cut my hair. This had not been possible the week before in Paris, where the city seemed flush with hair stylists but short on willing and available barbers. Here in this more relaxed town, I was the first customer of the day, for what would be my best cut ever, a cultural experience.

Beginnings matter – even more so when you travel, and Susanna and I hit it off with our barber, not only because he graciously let us speak Portuguese, but because we told him we were from San Francisco. He laughed at the coincidence. He said his name was Francisco, and we felt the beginnings of a bond. Back home, my hairdresser clips my locks in six minutes that I can track to the second by the clock facing me on the wall. There’s not much to cut, and we don’t find much to talk about.

Francisco, in contrast, was just getting warmed up at the six-minute point. This was as much a conversation as a haircut, and Francisco was a man with strongly held opinions, conflicted about Portugal’s sudden international popularity, about the droves of tourists who’ve discovered the country’s brilliant beaches, superb wine, great food and amiable people in the past few years. To underline his point he abruptly stopped cutting, and waved his hand vigorously: “Lagos vai explodir.” And then somewhat dramatically, Francisco put down his scissors and walked to a cabinet and pulled out a prop. An old, tattered brochure, from the town where he was born.

Just then the day’s second customer arrived, an older English-speaking client. Francisco brushed him off and told him he’d have to wait, and the man did as he was told, taking a chair next to Susanna. She took that as her cue to relocate to the window seat by the barber chair, and we were three. Now that Francisco had a proper audience, my haircut took an intermission, as he unfolded the rumpled brochure, and regaled us with faded images of castles and churches and all manner of earthly delights. Estremoz, Francisco proudly informed us, boasted Portugal’s best wines and cheeses, and best of all, the inland city was not overrun with tourists. Later, we would research the town in the heart of Alentejo and discover that it’s home to no more than 15,000, but as Francisco told it, a visit to Portugal would not be complete without a weekend in Estremoz.

This was a five-minute haircut time-out, after which Francisco took up his comb and scissors and sculpted in earnest. We talked about the train strike that had just paralyzed Lisbon, and after he explained that sooner or later everyone in Portugal strikes, we asked if barbers might be next and he laughed. Francisco graciously spent a few minutes helping us with our pronunciation, including the Portuguese word for fireman, which he sounded out for us: “Bom”, as in the food was “muito bom!” then “bah-ee-ro”, becoming “Bombeiro”. We practiced several times, adding in one of our favorite phrases, “A sério!”, a ubiquitous, trendy expression you hear everywhere in Portugal, a twist on “Seriously?”

He cut with precision, and without the slightest acknowledgement that a customer was waiting. This was about the quality of the experience. Francisco combed and cut, combed and cut. Then, he gently unwrapped a new blade and inserted it into an old-fashioned straight razor, and deftly scraped my sideburns. Susanna was most impressed by the culminating step, delighted as Francisco combed my unruly eyebrows and masterfully clipped them to order. Not once did he stoop to using an electric razor. More than a haircut, this was a performance, an exhibition of skill, ease, and conversational finesse.

The price was €8. We wanted to stay longer, but we’d already been there a good twenty minutes or more, and that Englishman was waiting. We gave Francisco a tip, thanked him, and wished there might be something more we could say or do to prolong our stay.

We’re back in California now, and I just got my hair cut for $20. She was even faster than usual, under six minutes.

Francisco would be just getting started.