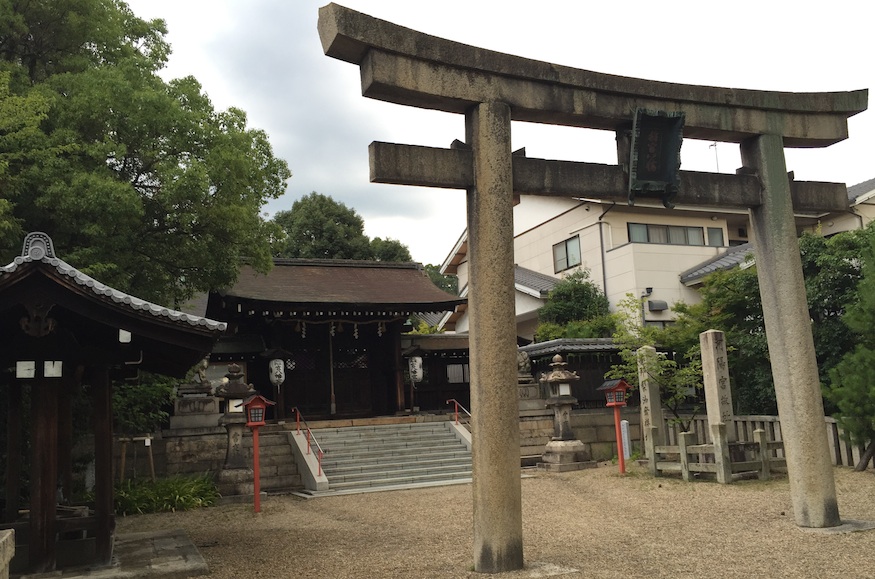 There are thousands of shrines all over Japan, from the middle of a bustling Tokyo street, to the farthest outlying corners of the country. In an island nation where humanity is tightly packed into urban spaces, the shrine is a physical and spiritual time-out, a place to stop, relax, meditate, pray, or just be still amidst the nearby maelstrom.

Five train stops from the city of Kyoto, in the little town of Oyamazaki, I stumbled upon this charming Rikyu Hachiman shrine. Founded by an emperor, the temple hosts a 1,130-year old Spring Festival. Perilla leaves were once pressed in this spot to make oil for lamps.

Around the world, men and women seek solace and rejuvenation in churches, temples, and shrines. Others find such peace in Yosemite, the Grand Canyon, and Yellowstone. There’s not an exact Western parallel to the Japanese shrine, but there’s something similar in the quaint corner park in Manhattan where you can escape the rush, or a simple bench on a town path where you might take a breather. Yet the Japanese are different. They are animistic. They see spirits within everything: rocks, trees, water, and yes, shrines. Water is a recurrent theme, as is the concept of life as a journey. Shrines often have a bucket or receptacle that’s constantly being filled, and there’s an elaborate ritual that involves a monetary offering, bowing and handwashing.

Glancing at this photo you’d never surmise that mere steps away you’d be confronted with a swirl of activity, the town’s main street and the train station where commuter trains stop every 20 minutes. But this tranquil spot and thousands like it in Japan are something we all need, a place where you can put the world on hold.