The Talent Hunter: The Woman Behind Jobbatical 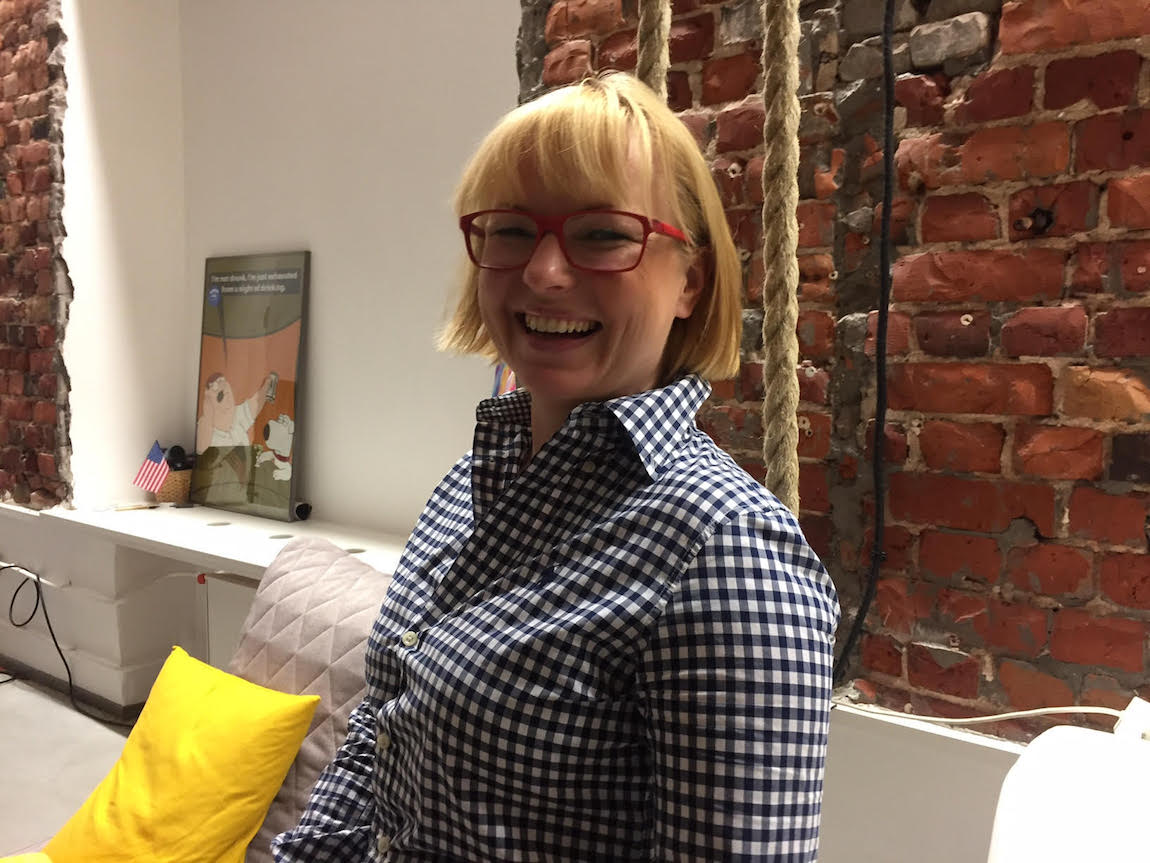 Growing up behind the Iron Curtain in the former Soviet Union, Karoli Hindriks learned about entrepreneurship from her resourceful parents. Each day was a “creative exercise,” trading for meat or butter just to put a meal on the table for the family in Parnu, Estonia. Stanford or Harvard was not in Karoli’s future, but years later, while out for a jog around Google’s campus, she would dream up the idea for a startup to match talent with job opportunities around the world.

Early on, Karoli had a chance to lead. In high school, her classmates picked her to head a student company for a school project. The long, dark Estonian winter was setting in when Karoli led a brainstorm to come up with a product. Bicyclists and pedestrians were often injured or killed because people were hard to see. “I thought: what if we make reflectors that are fashionable, that teenagers like me would actually would want to wear?”

Encouraged by her father, Karoli applied for a patent and at 16 “became the youngest inventor in Estonia.” She hustled for clients and pounded the pavement to meet with leads. Even as she grew her company, her dreams soared higher. She wanted to study in America and went to her town’s mayor seeking a scholarship, and then through a Rotary Club sister-city connection, ended up in New Hampshire.

It was one of those pivotal experiences that change a life. In New England, Karoli was frequently invited to speak before large groups about her student company. Her confidence blossomed. “So that was kind of an exciting start. I loved the energy from the ‘Yes, you can!’ attitude that America has,” she said. “I came back home and I decided to build a business out of it.”

Karoli incorporated for real in Estonia and started selling in earnest. She sold 3,000 reflectors to a bus company, and 20,000 to an insurance firm. She customized designs, and demonstrated an intuitive grasp of marketing. She took several meetings with car companies, and eventually scored a free Citroen for a year. Fascinated by this victory, she followed it up by approaching a gas company. “It took me only two meetings, so I basically got all the costs off the table,” coming away with 200 complimentary liters of gas a month. She sold reflectors in Estonia, Northern Europe and Portugal. Oh, and she did all this while finishing high school and then going to college. “Basically, from six to 10 o’clock at night I was sitting in the university and during the day I was working on my company.”

Karoli had a pulse on the youth market, and was a local success story. At the age of just 22, she got an offer to launch MTV in Estonia. Then, after a year, she caught the attention of the president of Fox Europe, who asked her to build up the network’s entertainment channels in the Batlics. The timing was tough, but she was tenacious. The next three years, she worked through the worst of the global recession, while playing an instrumental role in making Fox the number one pay TV group in the Baltics. For almost anyone else, these would have been dream jobs. But Karoli had bigger goals. Already a proven force in media, with an open runway ahead, she abruptly left that industry behind and flew to Malaysia for a millennial time out. “I thought, what am I going to do with my life?”

Combing the Beach for Answers

On one level this was a long overdue holiday for a woman in her mid-twenties who had been working non-stop since she was 16. But it was also an awakening. “It was like a vacation, and then I realized that I need to have a purpose,” she said. “I have to have something to do besides running around on the island and reading books.”

She took another leap, flying out to Silicon Valley for her first experience in the tech world, diving into pitching events and immersing herself in the culture. She helped out a media curation startup for a time, and then became intrigued with Singularity University, and rushed to fill out an application for the Graduate Studies Program on the day before the admissions deadline. She got in just under the wire, and after a trip back to Europe, returned and started to think about what might be next.

Sitting in Singularity University with “amazing people taking about where technologies are going and how they are going to impact the lives of billions of people,” she had an “aha” moment. “Why is the concentration of the great tech companies here?” she started wondering. “Why are so many things happening here?” She realized it wasn’t because everybody in Silicon Valley was so much smarter. It was because the region was a mecca for the brightest talent. “So I started to think, what if we distribute those knowledgeable people to places that don’t necessarily have that knowledge?” The twenty-something non-techie entrepreneur from a country of just 1.3 million tackled a global opportunity: companies and countries in dire need of talent, combined with a growing desire among millennials to travel and work abroad. She called it Jobbatical, a platform to “find a tech, business or creative job anywhere in the world.”  It took a while to fine-tune the business model, but the media savvy Karoli landed two big articles in Fast Company and Mashable in 2015 that put Jobbatical on the map. “We got the visibility, we got the interest, and we suddenly started to get the users and the talent so then we were able to pitch the companies.” That traction led to angel and VC rounds that now total more than $8 million. New York-based Union Square Ventures is a major investor.

Jobbatical offers job opportunities not just for individuals to spread their wings but for cities and countries to attract key technical and creative expertise. Top destinations for American workers are Singapore, Hong Kong, Tallinn, London and Berlin, with a focus on “countries where immigration is easiest.” International competition for tech expertise is heating up, and Karoli hopes to ride that growth. She sees the intentional design of a “good user experience” popping up in countries around the world, like her native Estonia, the Netherlands and China. Officials in these places have a deeper recognition that bureaucracy and anti-immigration hamstring entrepreneurial development. “The war for talent is the problem for Google,” she said. “It’s the problem for Microsoft or the problem for the small startup. It’s actually the problem for a city or a country.”

It’s the problem that Karoli, a native of tiny Estonia, spotted when she was bold enough to quit her job, head to Malaysia, and then Silicon Valley, to open her mind to what might be next. You get the sense that it’s both a business and a mission for this entrepreneur who understands how to scale.

“Work where you’re happy,” reads Jobbatical’s website “Because your skills matter more than your passport.” And if Karoli gets her way she will “change the [global] conversation around work so that if you have always dreamed of visiting Northern Europe, you could come and live here as a local, get this local experience and at the same help somebody building their team to gain the knowledge they lack to be more competitive in the world.”