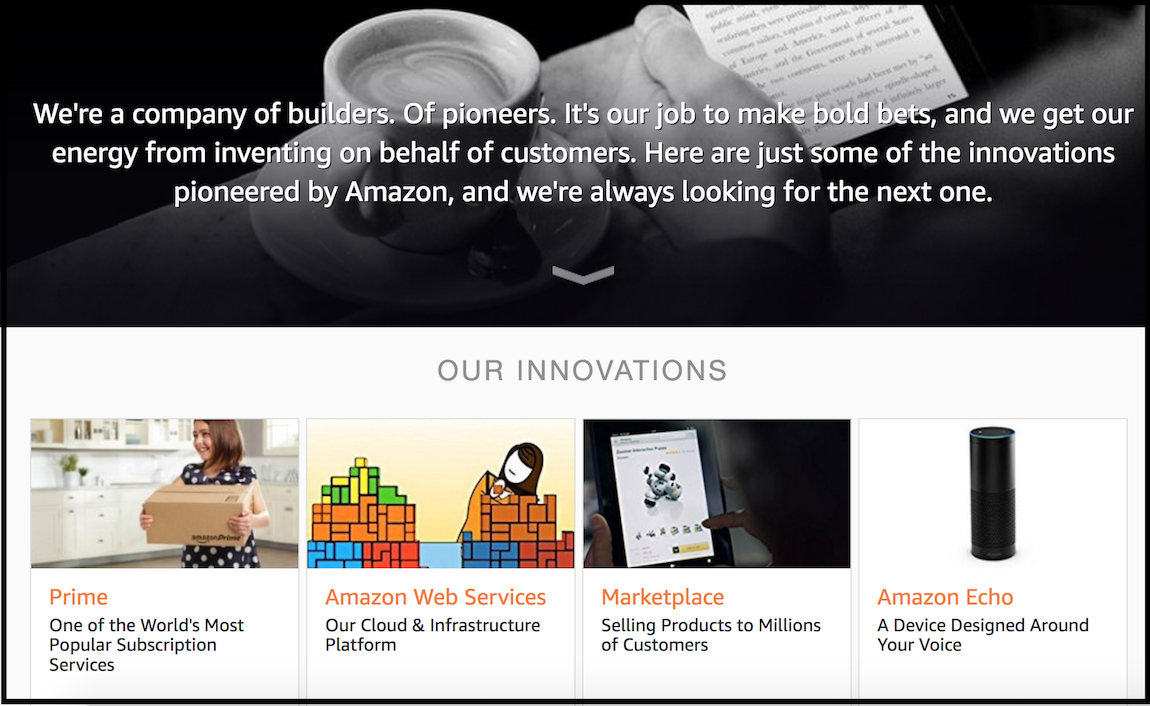 Last week, Trump railed against his favorite corporate nemesis, Amazon, whining that retailers were sucking wind, reminding us that “Making America Great Again” is about dusting off the mythical golden-oldie past ­– coal mines, steel mills and the good old mall – and pretending that the Internet and this new-fangled e-commerce thing never happened.

Forget for a minute that Amazon’s founder, Jeff Bezos, the richest man in the world, also owns the Washington Post. Or that Trump was likely egged on by fellow septuagenarian commercial real estate developer pals who complained that Amazon is killing their dinosaur malls. This is about a President who really doesn’t understand the nature of innovation and entrepreneurship.

First, the facts. It’s true that retailers and malls that failed to adapt to the last quarter century of e-commerce advances are dead or dying. That’s called competition, technology, and economics. Trump is wrong about his claim that Amazon is not paying state taxes. That changed in 2012 in California, and Amazon now collects state taxes in every state. His half-baked notion that Amazon causes “tremendous loss” to the US by tapping the Postal Service to deliver packages is false. The agency “attributes much of its financial woe to a prolonged decline in the volume of marketing mail and first-class mail.” Delivering packages from Amazon and thousands of other American e-commerce retailers is one of the US Postal Service’s last profitable functions and according to the USPS “provides essential support to pay for the network and infrastructure that enables us to fulfill our universal service obligation.”

Now, our perspective. Trump’s gibberish works against America’s best interests. It’s bad for business, bad for the country, and bad for the more than 500,000 workers of Amazon, one of America’s biggest employers.

Railing against Jeff Bezos is like upbraiding Thomas Edison or Henry Ford. Bezos is arguably the leading entrepreneur of our generation. Amazon is driving business innovation across multiple industries. Many thought Bezos was nuts when he started selling books online 25 years ago. Today, Bezos presides over the world’s biggest e-commerce store, and with the acquisition of Whole Foods and ambitious expansion of Amazon Go, he’s rapidly revolutionizing traditional stores. Amazon is considered a world leader in agile computing, a prototype-as-you-go method of software development that separates leaders from also-rans. Bezos also created the ultimate instrument in the entrepreneur’s toolkit: Amazon Web Services, the cloud-based technical foundation of thousands of companies. Oh, and the hugely popular Amazon Echo is a model for AI developers everywhere. Bezos is also building some of the planet’s best rocket ships, fueling space exploration.  This is called innovation and entrepreneurship.

Fortunately, the market knows value when it sees it, and deflects Trump’s bluster as passing noise. Every time Trump blasts off an anti-Amazon tweet, the company’s stock briefly dips and promptly rises (up 56 percent in 2017). The future is not to be found in some misplaced turn to nostalgia. It just ain’t gonna happen. The tired American mall and moribund US Post Office are doomed. The trumped-up premise that our government can protect industries that are dying of natural causes, recalls how the transcontinental railroad, and later the US highway system, killed hundreds of cities nationwide and spawned countless others.

Trump, with his head in the past, doesn’t understand. The tracks have already been laid, and there’s no going back.