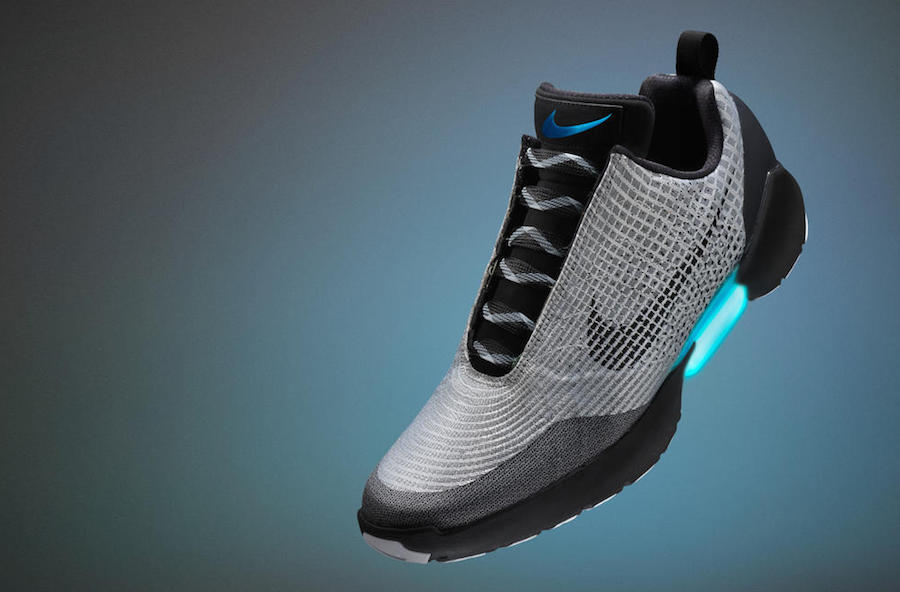 Today, most athletic shoes employ a lacing technology only marginally improved upon since 3300 BCE, when Ötzi the Iceman bound his bearskin and deer hide shoes with strips of bark. Nike has been focusing on that five-millennium innovation gap for a good decade, and last week debuted the world’s first self-lacing shoes, an invention that may quite literally be one big step forward for mankind.

Pain can spark innovation. We know when something hurts, when it takes too long, or is prohibitively complex. Skilled innovators sense new opportunities through empathy, as a springboard for experimentation. The hassle of calling a taxi inspired Uber, and the challenges of regular exercise spawned the Fitbit revolution. Now, Nike is taking on something perhaps even more elemental, the pain of tying our shoes.

Nike’s announcement has garnered attention for good reason. It’s a lightbulb moment: Nike is showing entrepreneurs how important it is to pay attention to little things with big potential. As any athlete can tell you: shoelaces suck. Laces unravel during games, or worse yet, during a treacherous trail run. Playing Division I soccer for UC Berkeley decades ago, I remember having to strategically pause mid-match to tie a shoe, an absurd drawback that hasn’t changed (watching March Madness yesterday, I saw several players stoop down to do the same). And then there’s the fit: one moment, they’re painfully tight, then too loose. Today, we buy shoes for looks, for cushioning, for performance. Not for the laces. There’s something odd about how long this innovation has taken. The first practical power-steering mechanism for automobiles was invented in 1926. Early patents for electric bikes date to the late 1920s. Inspiration in locomotion has always been more about machines than man. And here’s where it gets even odder. A brand new study has determined that humans pretty much suck at walking. Even the young and athletic trip, slip, and fall frequently, as revealed in a recent Indiana study (documenting 495 trips and slips, and 82 full-blown falls for 94 individuals in just 16 weeks), highlighting the “inherent instability of bipedal locomotion.” As you get older, keeping on your feet becomes a matter of life and death. A third of seniors over 65 fall every year, and falling is the leading cause of death in the elderly.

New approaches to shoelaces may help us stay on our feet. Nike aspires to be the Apple of athletic shoes and gear, and last week at the company’s “Innovation for Everybody” event in New York, Nike President and CEO Mark Parker trumpeted several new products ushering in what he called an “era of personalized performance.”

My favorite new shoe is the futuristically named HyperAdapt 1.0. Step into this techno shoe and a sensor in the heel kicks in “electro adaptive reactive lacing,” instantly adjusting the fit to your foot. Tiny motors power an intricate cabling system. Toggle a button on the side to tighten or loosen (it makes a nifty whirring sound). The HyperAdapt will live up to its name, claims Nike, adapting to your foot after a couple of runs. One of the key designers – aptly named Tinker Hatfield – envisions future capabilities, when your shoes, like a smart sports car, will anticipate abrupt lateral moves and tighten on the fly. “Could it take you even tighter than you’d normally go if it senses you really need extra snugness in a quick maneuver?” hypothesizes Tinker. “That’s where we’re headed.”

Hopping around the Alps, on the slippery slopes between Italy and Austria, Ötzi the Iceman would have loved the extra mobility of the HyperAdapt, as he tracked deer and other prey with his bow and arrow. We all could use a little help when it comes to “bipedal locomotion.” I’m constantly surprised by how often I slip or trip, or happen to see someone tumble in the street. And who knows? Maybe humanity will be better served by Nike innovating the humble shoe than by Elon Musk, Richard Branson and Jeff Bezos pouring billions into rocket ships.

This holiday season, when HyperAdapt becomes available, 21st century athletes will love the extra performance, as will ordinary folks, not wanting to fall on their face stepping off the curb.

Pain can be a beautiful inspiration for innovation.