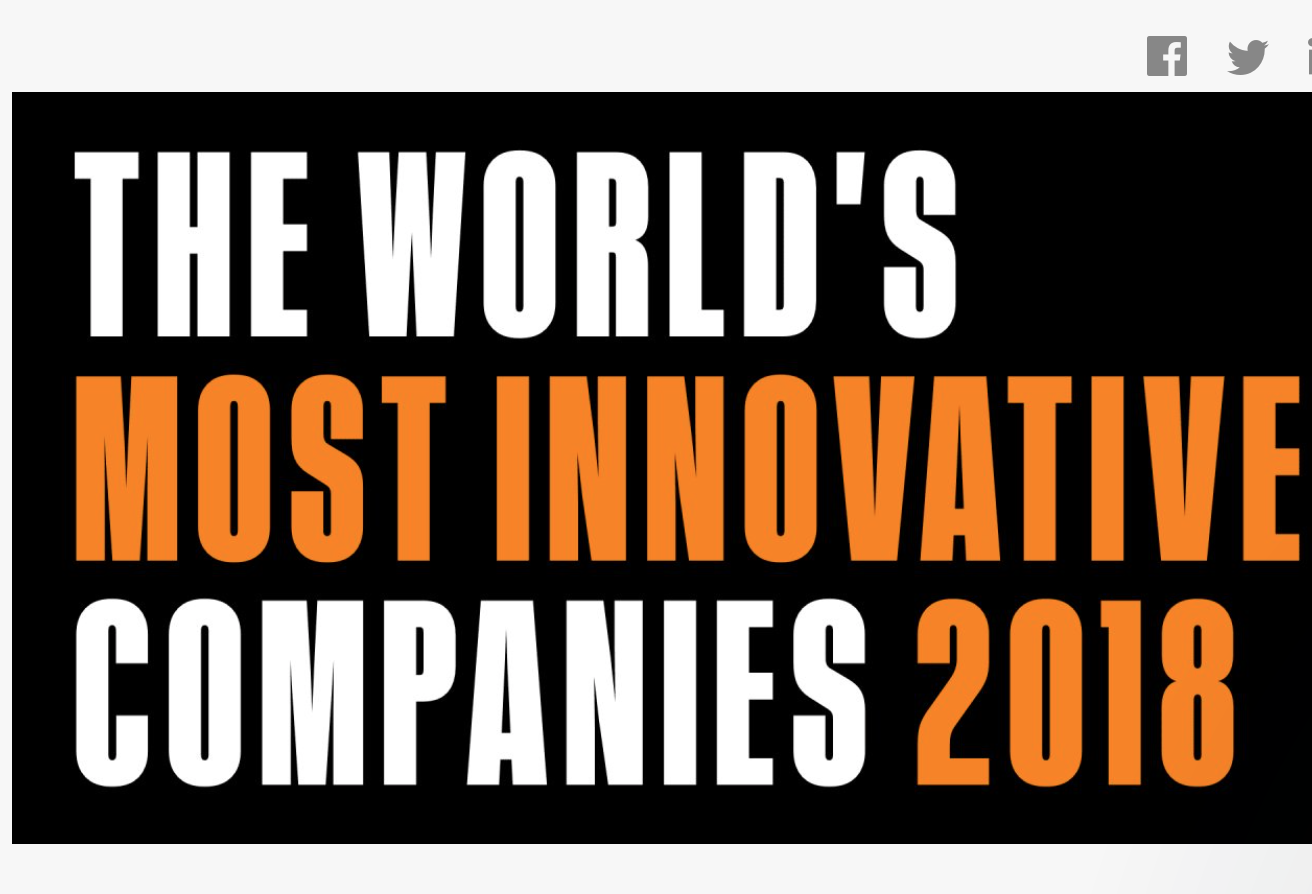 Fast Company looked beyond Apple’s global smartphone sales decline and increasing Chinese competition, to select the venerable Silicon Valley firm as the number one pick in its 2018 edition of the World’s Most Innovative Companies. The magazine put a forward spin on recent developments: AirPods, Apple Watch, AR, and AI, all integral to the company’s success. The list bears further examination – not just for the stars –  but for the giants who were snubbed. Facebook and Google were outright dissed, not even making the top fifty

Let’s take a deeper look at the top ten. Netflix was the runner up for giving Hollywood a run for its money with original feature films. Then here comes the Amazon juggernaut, notching the number five spot, dominating with its ubiquitous cloud computing services via AWS, traditional e-commerce platform with its incumbent “customer service, inventory, and shipping empire”, and of course the game-changing  brick-and-mortar Whole Foods acquisition, Amazon Go, and drone delivery coming soon to your neighborhood.

The Washington Post, at number eight, is a surprising newcomer in an age when newspapers were thought to be dead. We’re among the 1 million-plus digital-only subscribers who signed up in 2017, so we totally get the quality of the coverage. What we didn’t know was that the Post also sells its in-house publishing platform, Arc, as a service. Apparently, the Los Angeles Times and the New Zealand Herald started using the service in 2017. The ever present hand of Jeff Bezos strikes again.

Lastly, we’re fascinated by the number-four-ranked Tencent. The company’s WeChat application has over 980 million active monthly users as of January 2018. With this one-stop-shopping social media platform, users can hire a taxi, access restaurant reviews and reservations, and pay for dinner and any other number of services, without ever leaving WeChat. As ad and service fee revenues keep racking up, Tencent grows ever more powerful, but they’re not stopping there. They have book, music, game, and video subscription services, and are developing movies, TV series, and other media to be distributed through WeChat.

But this is a list with glaring omissions. Fast Company doesn’t report why Facebook and Google got the boot. It’s a bit hard to fathom that these two juggernauts suddenly got flabby and lost all their innovative muscle. Last year the magazine ranked Google two and Facebook six. Perhaps they’ve fallen out of fashion in a year when we saw the depth of the 2016 Russian election interference, aided in large part by Facebook’s, Google’s (and Twitter’s) negligence. Today, there’s a far greater public awareness of the political and societal costs of our generation’s ill-advised obsession with social media.

Whatever the logic, judging innovation is by nature a dicey, ephemeral proposition. Searching Google, we found more than a dozen stories over the course of the last year positing that Apple is losing its innovative edge. Not long ago, Peter Thiel, Trump’s inimical tech acolyte, told the New York Times “the age of Apple is over,” adding that when it comes to the smartphone there will not be “any more innovation.”