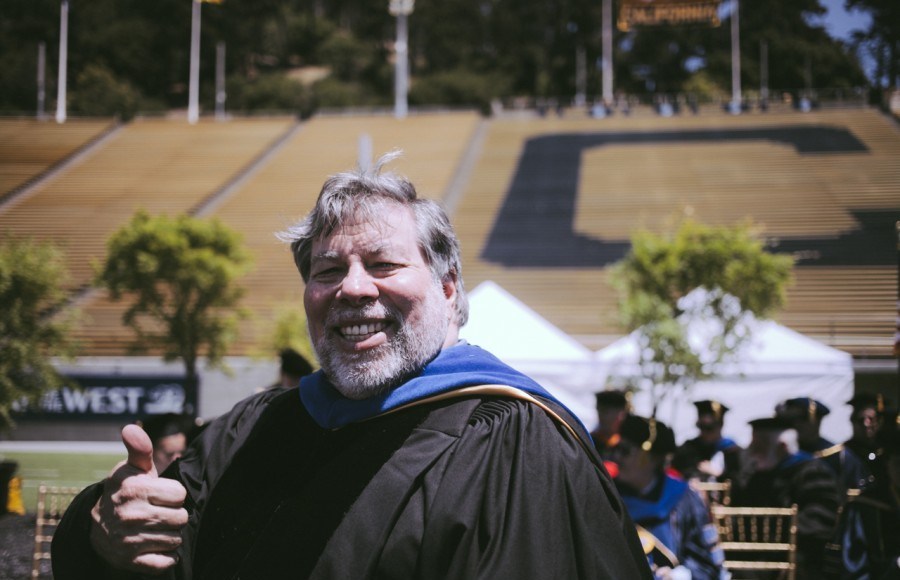 California is an engine of entrepreneurship for the nation and the world, and the University of California, Berkeley, founded in 1868, is the jewel of an unparalleled statewide university system. Trump recently tweeted a threat to cut federal funding for UC Berkeley after masked outside agitators disrupted peaceful protests over a planned speech by alt-right Breitbart News editor Milo Yiannopoulos. This Cal Bear finds the idea of defunding the university exceedingly dumb.

Only Stanford, Harvard and MIT grads have raised more startup capital in the last five years. Dozens of innovative companies, hundreds of industry-changing technologies and scientific breakthroughs, and countless startups  have come from Cal students, many of whom chose to attend Berkeley because they could not afford Stanford or another private institution. Berkeley’s tuition is $13,510, in contrast to over $45,000 at Stanford, or $59,550 at Harvard.

There are Nobel-Prize-winning reasons to support UC Berkeley. The university counts 22 Nobel laureates among its current and past faculty, and if you count the Nobel laureates who have been affiliated with UC Berkeley, (visiting professors and researchers) the number swells to an astounding 61. Nobel winner Ernest Lawrence (Physics, 1939) designed the first cyclotron, initiating the scientific application of particle physics to discover the fundamental structure of matter. The cyclotron makes it possible to create large quantities of the radioactive isotopes used in medical treatments. Donald Glaser (Physics, 1960) launched Cetus, the first biotechnology company.

Then there are all the other groundbreaking Berkeley professors and students who have changed our world. In 1971, Dr. Choh Hao Li, a Cal biochemist, isolated and synthesized the human pituitary growth hormone. Two years later, Berkeley biochemist Bruce Ames discovered an inexpensive way to identify chemicals that damage DNA. The Ames test has been instrumental in keeping carcinogenic or otherwise dangerous drugs, chemicals, and products off the market. One day we may be able to watch other people’s dreams or visual memories, thanks to revolutionary magnetic resonance imaging experiments from a team of neuroscientists led by Berkeley professor Jack Gallant. Berkeley mechanical engineering professor Homayoon Kazarooni led a federally funded DARPA project that has spun off Ekso Bionics, an affordable bionic exoskeleton that promises to get millions of paraplegics walking.

“I Just Want to Burn it Down”

Contrast the luminous invention and hope represented by these brilliant Berkeley professors and graduates to the dark ignorance of Mr. Yiannopoulos.  A dangerous provocateur fond of promoting white supremacy, Yiannopoulos refers to Trump as his “Daddy” – manifesting adherence to the “strict father” model of conservative political values first described by George Lakoff, professor of Cognitive Science and Linguistics at the University of California, Berkeley.

Yiannopolous gleefully incites Internet trolls to abuse and threaten women and people of color. He cleaves to base ideologies and mob rule over intellectual freedom. “I just want to burn it down,” Yiannopoulos said in an interview last month with CNN. “I am speaking on college campuses because education … is really what matters. It’s a crucible where these bad ideas are formed. Bad ideas like … progressive social justice, feminists, Black Lives Matter … that I think is so cancerous and toxic to free expression.”

As to what really happened that night on Cal’s campus when 150 masked agitators wreaked havoc, Robert Reich, Chancellor’s Professor of Public Policy at Berkeley and former US Secretary of Labor, suggests it may have been a put-up job by the alt-right, raising “the possibility that Yiannopoulos and Breitbart [News] were in cahoots with the agitators, in order to lay the groundwork for a Trump crackdown on universities and their federal funding.” UC Berkeley’s police chief stated that students were not part of the mayhem. “This was a group of agitators who were masked up, throwing rocks, commercial grade fireworks and Molotov cocktails at officers.”

Yiannopoulos’s divisive propaganda also extends to his nonsensical statement that “The [US] government does a lot of stuff that it shouldn’t do – the Department of Education, for instance.” Yiannopoulos attended (but did not graduate from) the publicly funded Manchester University in Britain. No amount of Breitbart’s “alternative facts” sophistry can change reality. Public high schools and universities Make America Great. Not ignorance or hatred. Our national educational system – buttressed by public high schools and universities – for all its flaws, is among the world’s best, and has no international peers on the college and university level.

Continuing this excellence requires public support. Cal Berkeley receives over half a billion dollars in funding for “research and other support from external sources.” Last year it received over $370 million from the federal government, with the largest contributors being the National Institutes of Health and the National Science Foundation.

I’m fortunate and proud to be a graduate of both a California public high school and a California public university. Cal knows how to stick up for itself, and will fight back against these cheap assaults on its character and value to the nation. Public funding for science, technology and engineering matter. Gordon Moore, co-founder of Intel, Silicon Valley’s seminal corporation, received his undergraduate degree from UC Berkeley in 1950.

Rocky Clark graduated in 1986. It took Rocky a little longer than usual. He stepped away from his studies for ten years to co-found his company, and then returned to Berkeley to earn his bachelor’s in electrical engineering and computer sciences. Rocky was an alias for Steve Wozniak, co-founder of Apple Computer.