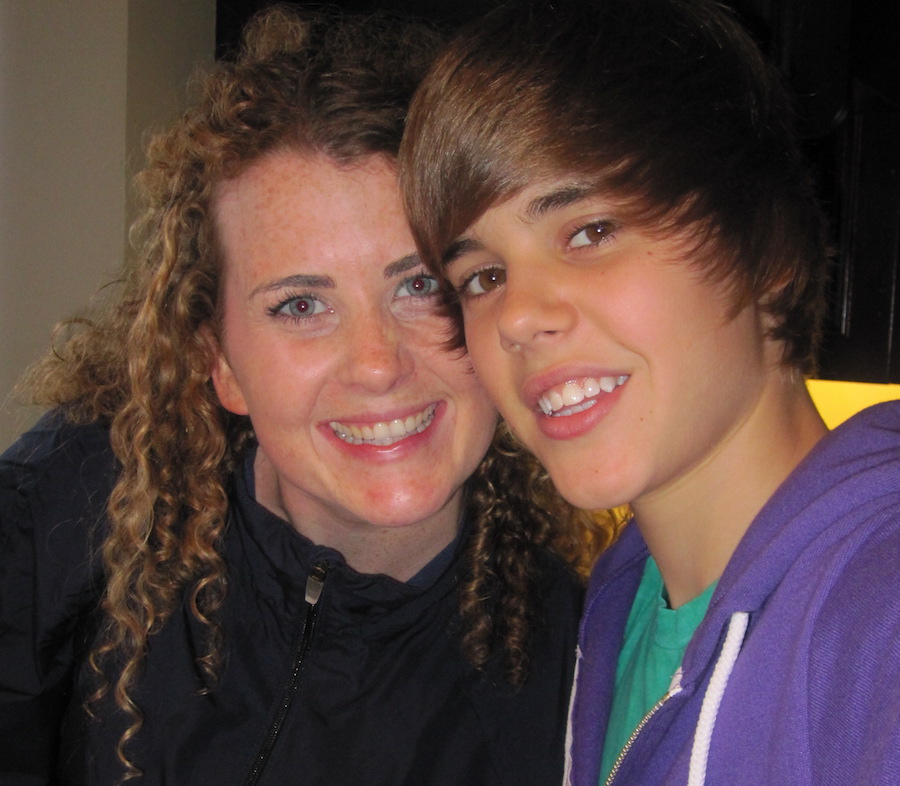 Born in the media spotlight, Colleen Broomall was already interviewing celebrities in Manhattan when she was still in her teens. If you’re wondering why you should give a damn about this former child TV actor, listen up. This 32-year-old co-founder of a hot new teen celebrity site may know more about what’s next in social media, the web, and all things digital than all the pundits, marketers, and brand gurus who make their living pushing predictions. Meet the millennial seer who can teach us all a thing or two about the world’s next tastemakers, Generation Z.

Media has always been Colleen’s life. She landed a long-term role on the legendary soap opera As the World Turns at two months, playing the baby of rising star Meg Ryan. Colleen wound up on cereal boxes and TV advertisements, becoming the subject of lookalike contests. She hung out on set with future stars Julianne Moore and Marisa Tomei, and garnered a Soap Opera Digest nomination for Best Child Actor. Five years in TV paid for her college education, and taught her not only to think big, but also the value of listening to your fans (read: customers). Her earliest epiphany was on Take Your Daughter to Work Day. Seeking an intriguing mentor, Colleen broke the rules, and asked Wendy Kaufman, the “Snapple Lady”, if she could be her daughter for a day. Kaufman had built a career out of kindness by answering Snapple fan mail, which led to a popular stint as the Snapple Lady in TV, radio, and print ads – and a massive jump in sales. Kaufman arrived at Colleen’s home in a limo, picked her up and took her to the Snapple offices, and changed the 6th grader’s life.

The value of listening to and respecting your fans – your customers – became indelibly imprinted on Colleen, and informed her life and next stage of her career. She had a gift for speaking her mind. That summer, at the age of 12, she wrote a letter to The New York Times Magazine, and it was printed: “I was overjoyed when I saw Sheryl Swoopes on the cover of your magazine. She and Mia Hamm are my role models. I am 12 years old and enjoy sports greatly. I am not a girl who wants to look like Barbie. I’ve seen small blurbs or articles about women athletes, but never seen a whole magazine devoted to women’s sports. Thank you.”

Then, tragedy struck. Her brother was killed in a car accident. She was 15. “You’re not a little kid anymore, so people aren’t bringing you stuffed animals, but your brain isn’t equipped to experience grief the way adults do,” explains Colleen. “So, I found an escape. Nearly every day after school, my best friends and I would pillage the magazine racks at Cost Cutters, looking for new articles and posters of our favorite band. I didn’t realize it back then, but when my world was shattered, pop stars became my Prozac.”

Her tween magazine solace became an avocation. She majored in Communications at the University of Delaware, and did a summer internship at a tween magazine, attending events, interviewing celebrities, and cranking out stories. That led to a writing gig at Tiger Beat, and she soon found herself in New York every couple of weeks interviewing stars like Usher or Pharrell Williams, at record label offices or swanky Manhattan hotels. “A lot of times, security would take me for a fan,” says Colleen. She developed her own style, rebelling against how her older competition would read from a canned list of questions. “They weren’t even listening,” she says. “I like people. I preferred to have a conversation. I wanted to know what motivates them.”

She moved to LA after graduating from college, but in 2007, tragedy struck again, when her older brother took his life after a decade-long battle with bipolar disorder. The next few years were emotionally harrowing for Colleen and her family. She freelanced for Popstar magazine and in 2012 was asked by the publication’s new owners to “be the face of Popstar.” She took the Editor-in-Chief position and began appearing often on radio and TV as a pop expert.

Fast forward to the summer of 2015, when television producer Jennifer Pearlman and tech innovator Steve Yatko met with Colleen. As Colleen describes it, Yatko said: “Why don’t we give Colleen her own thing?” She’d been chosen. And just like that, the team won funding for a new digital venture. Colleen promptly quit Popstar, bringing her #2, Natasha Dye, with her. Drawn to YSBnow’s message, the fledgling startup attracted a team of serial entrepreneurs, executives, editors, and advisors into its fold.

Colleen bounced between New Jersey and LA, and launched You’re So Beautiful Now on October 10 – 74 days after quitting Popstar. Six months later, in March of 2016, the site logged its first 20,000-visitor day, and was attracting 200,000 unique visitors in a month. YSBNow is for the young, female, and mobile: three quarters of readers are under 18, 84 percent are female, and 80 percent of the time they’re coming via their smartphones. A fresh slant on teen celebrity, with tag lines like “Real People, Real Stories,” the digital teen hub (featuring stories, chats, photo shoots, videos) prides itself on telling the backstories: “the kid who grew up in foster care, or had a mom who was heroin addict,” says Colleen. “We want to tell those stories, and let their fans know that they go through real things too.”

Colleen sees her Gen Z readers striking a different path. Whereas the millennial generation was the testing ground for smartphones and dating apps, she sees Gen Zs “learning from Millennials’ mistakes, and the social media posts that come back to haunt them.” Retro concepts like phone calls and chivalry are coming back, says Colleen, who predicts this demographic will be the “most philanthropic generation.”

These self-aware Gen Z stars (like Lexi Thompson, the 21-year-old LPA golfer, who qualified at age 12 to play in the U.S. Women’s Open) are also providing a fresh model of entrepreneurship and social media savvy. “We just did a photo shoot with Jack and Jack (the 19-year-olds Jack Gilinsky and Jack Johnson from Omaha). The story, as so many here do, emphasizes their humility and humble upbringing. The stars encourage their fans to be themselves, and downplay the value of popularity. Says Colleen: “They’re not signed to a label. They’re not walking red carpets. They’ve got no entourage. But they are so hardworking, so in touch, so in tune, so aware.” Successful too. Pals since kindergarten, Jack and Jack sold over 1.3 million songs last year, and are touring three continents this year. And yet, Colleen says the teen pop stars remain respectful of their fans (happy to stop for a celebrity selfie) in part because they’ve hop-skipped all the traditional industry bureaucracy and puffery: bloated record companies, and phony publicists and managers: “The celebrities of Gen Z grew up in social media. Their fans make their careers. Now it’s the followers who are part of the journey.”

What’s different, says Colleen, is that these self-made stars are entrepreneurs and business professionals as much as entertainers. They may be young, but they remain refreshingly open. “They want advice, they ask genuine questions, and it’s scary how well they can smell bullshit,” she says. Not so with many of the big companies trying to profit on this young blood: “They’re just writing giant checks to have social media stars post photos of product. They’re throwing spaghetti. The concept of ‘influencers’ is a wild, wild west.” You’re So Beautiful Now has no PR, marketing, or advertising to date – “no pop ups, or Google AdSense ads – we want to partner with authentic brands who align with our values,” yet Colleen is confident that her storytelling, positive message, and mushrooming audience will be incredibly valuable, and there will be ample time to drive profit without destroying what’s she’s worked so hard to nurture.

Watched by millions as a baby, Colleen has opened a channel to the next generation. She’s got their number. No intermediaries allowed. “Gen Zs have had cell phones their entire life. They have so much to teach us. I’m blown away by their intelligence and their knowledge of what’s wrong or what’s right in the world. This is the generation that can answer what’s hot and what’s not.”

Get ready to listen.