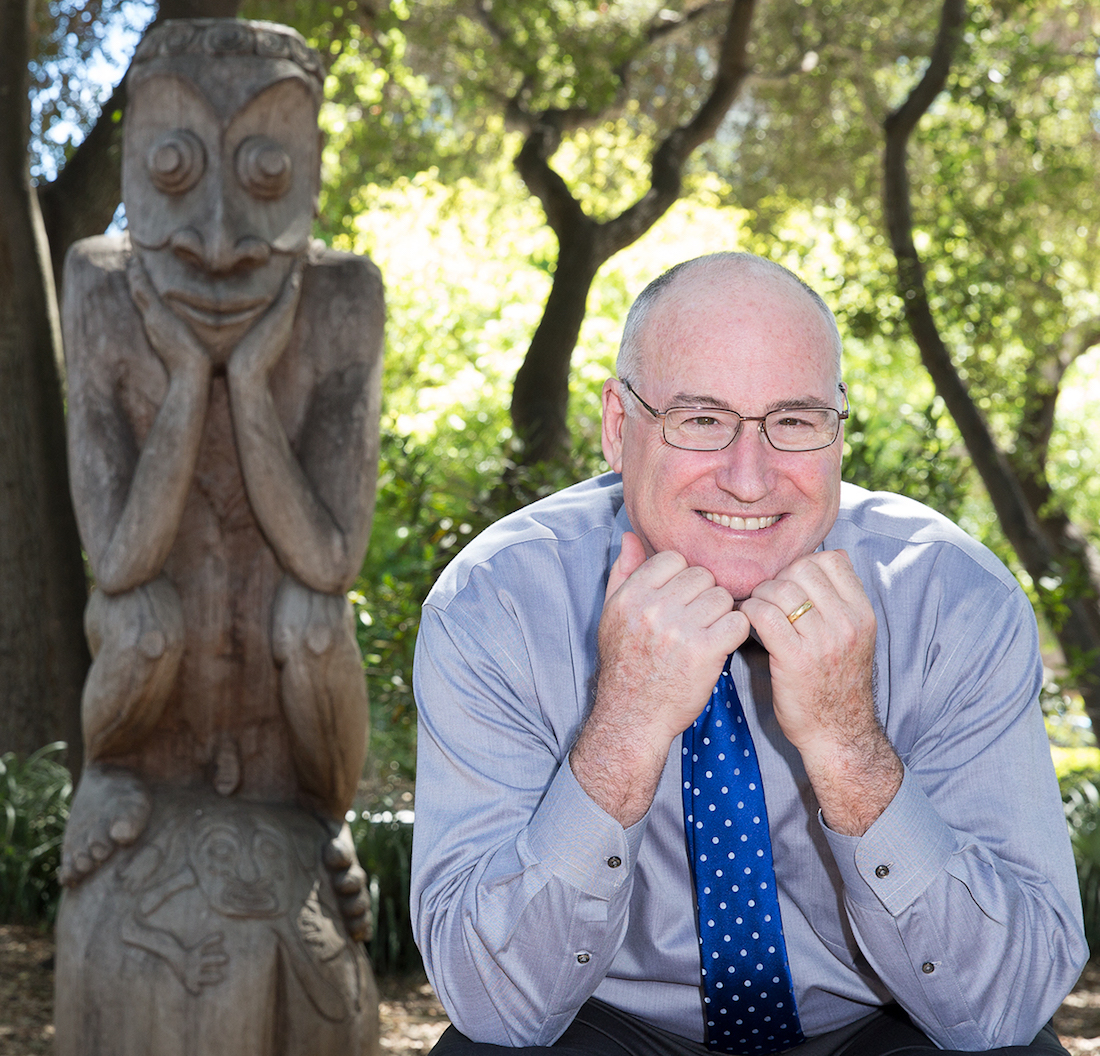 The tech world has suffered recently from its share of jerks, guys who used to reign at 500 Startups, Google, and Uber – until they harassed women, flatly declared men deserve all the best paying jobs, or spewed obscenities at the help. But thankfully, Robert Sutton is coming to the rescue. The mild-mannered Stanford business professor and bestselling author of The No Asshole Rule is back with The Asshole Survival Guide: How to Deal with People Who Treat You Like Dirt.

It’s been a decade since Sutton boldly brandished the a-hole label on an unsuspecting business world with his breakthrough book, and things have only gotten better. Or worse, depending on your perspective. The proliferation of social media in the past ten years, combined with the relative anonymity of the internet, not to mention the current, foul political climate, have given rise to all kinds of unrestrained a-hole behavior. So it’s high time that Sutton returns with a manual on how to deal with it all.

While his first book on the toxic topic helped to identify exactly what a-holes might look like in the workplace and how to guard against them, The Asshole Survival Guide is designed as an effective collection of solutions, remedies, and antidotes for dealing with a-holes — both at work and out in the world.

We all need strategies for spotting a-holes so we can get either get out of the way or block and tackle, and this book is a gold mine of illustrative anecdotes. From knowing when and how to ditch an Uber mid-ride, to delivering a “short and sweet” parting message in an exit interview, Sutton shows how to keep your cool with dignity. Sutton is an international expert on this subject, both from his research, hundreds of keynote lectures, and thousands of queries from sufferers who have asked for help with specific breeds of a-holes encountered in their jobs. His first chapter, “Eight Thousand Emails” details some of the “bossholes” and workplace jerks whose misdeeds gave rise to the book. In the second chapter, “Asshole Assessment: How Bad Is the Problem?”, the author helps the reader to first evaluate the degree of suffering. Throughout the remainder of the book. Sutton lays out a variety of possible solutions ranging from fight to flight, with a number of tactics to try in between those two extremes.

Many of us in today’s tech-enabled workforce have gotten used to dealing with people through emails, texts, and other “impersonal” media. So much so that having to tangle with nasty people on a face-to-face basis feels alien and uncomfortable. Sutton’s book takes this into account and provides real world and digital methods for dealing with a-holes. Whether it’s a boss, co-worker, client, or a clerk or service person you bump up against in your “civilian” life, Sutton offers tips and tricks to diffuse the situation.

Extreme measures are sometimes best. He kicks off the “Make A Clean Getaway” section with a terse, “I believe in quitting.” Sutton even calls into question famed football coach Vince Lombardi’s oft-quoted “Quitters never win and winners never quit.” His subtle “Asshole Avoidance Techniques” will help reduce your exposure to any number of offenders.

He has a cool idea: make use of coded warning systems among trusted cohorts. The reservation service OpenTable has a little known internal technology backchannel for staff to record codes and notes on customers. For instance, a customer with an “SOE” notation means they’re trouble: they have a “sense of entitlement”. This blot on their profile will follow them from restaurant to restaurant among maître d’s and house staff, signifying a heads-up to be prepared to deal with the a-hole who’s just booked a table.

You’ll likely find solace in the “Mind Tricks That Protect Your Soul” chapter: methods for tuning out, detaching from situations, and the notion of reframing how you typically try (and fail) to deal with a particular a-hole who’s a thorn in your side. For example, Sutton deployed a research assistant to interview baristas to gauge their alliance to the Philz Coffee employee mantra that’s passed down from CEO Jacob Jaber: “Kill ‘em with kindness.” Savvy Philz staffers know that sometimes their relentless devotion to the high road actually “flips” nasty customers who eventually become their most loyal brand advocates.

When you’ve had enough of a-holes and their antics, and temporary fixes fail, Sutton leads you into the section on “Fighting Back”. There are warnings aplenty that stepping up and taking direct action are not for the faint of heart, and may result in losing a client, a job, or even a friend. If executed improperly — not enough documentation of a-hole behavior or illegally recorded conversations, perhaps — things might really get ugly. Nonetheless, there are great suggestions for taking care of a-hole situations once and for all. There’s a final, clever rundown of seven wrong ways to “fight assholes.” These range from acting impulsively to coming right out and calling an asshole an asshole. Each of these should be sufficient to make you want to dive back into the book to discover the right technique.

Sutton’s breezy writing style, combined with the wide array of anecdotes and stories from people who’ve written him about their difficulties, makes for an entertaining read. Given the abounding evidence of publicly bad behavior this spring and summer, it’s refreshing to have this subject laid out in an honest manner, using “real world” language (“asshole” is not the only salty term that Sutton employs as he explores the problem). For many, simply knowing that so many folks are out there dealing with a-holes every day might be enough of a breather without having to take any action at all.

Finally, consider that the physical book itself might be a solution to an a-hole at work. Much like the effect Sutton’s first book reportedly has had, simply leaving The Asshole Survival Guide prominently on your desk may send all the signal you need.

We’re writing a book too! Team Smartup is on the hunt for cool, authentic people of all ages who embody the innovative, progressive, growth mindset characterized by many of the individuals we’ve profiled over the years. Many of these people will feature prominently in our new book. Join us on the journey!