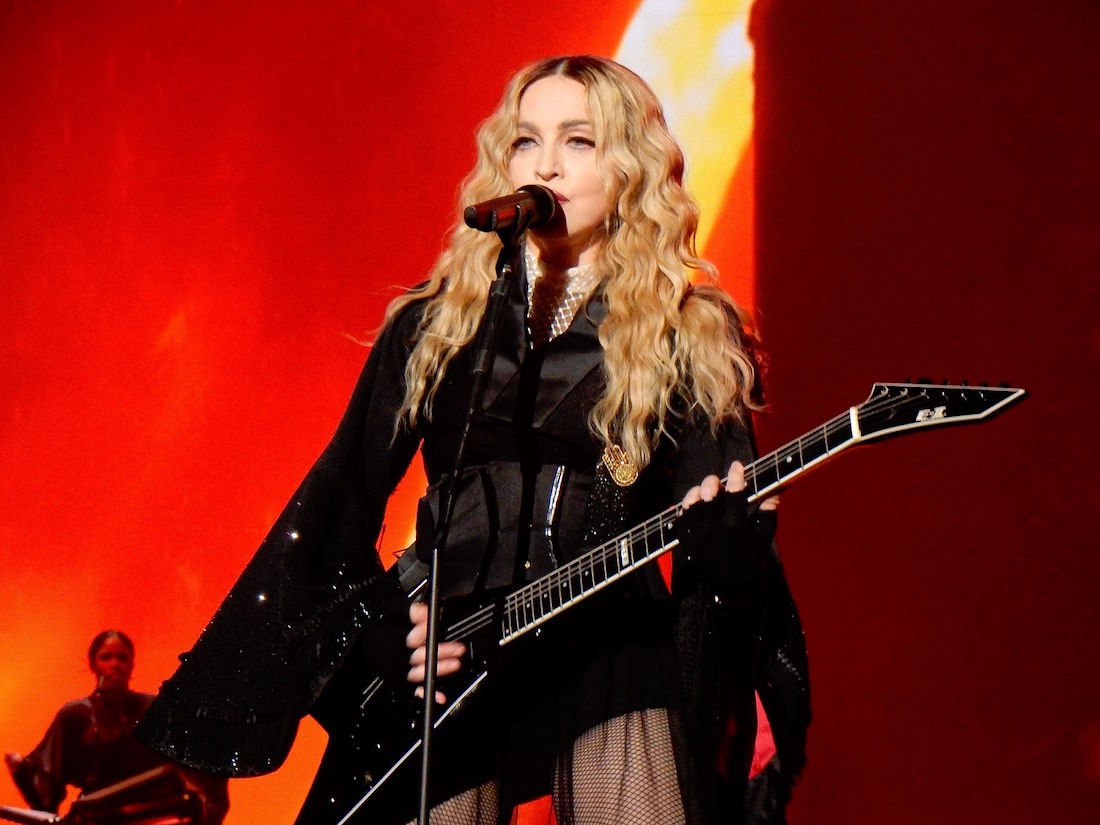 The sharing, trading and crowdsourcing economy is a proven disruptive path to making money. Airbnb and Uber demonstrated the value of tapping idle resources, while eBay and Craigslist redefined how we trade and resell goods and services, and Kickstarter and Indiegogo showed the world the power of crowdsourcing. But now entrepreneurs are finding a fresh source of social innovation by conceiving of waste – everything from leftover food, to idle computing capacity, to surplus air cargo space – as an opportunity.

Maria Brunner, a music industry veteran, is tapping an unlikely source and redirecting it to the greater good. She’s formed a progressive social venture by transforming backstage leftovers into a growing source of food for the needy.

Enter Maria Brunner, a music industry veteran who heads Phoenix-based InSight Management (clients include the Moody Blues, Chick Corea, and George Thorogood). Brunner has spent decades backstage – she worked for innovative concert promoter and manager Jerry Weintraub, whose tours for Elvis Presley and Led Zeppelin transformed the industry in the 1970s into a 90 percent-10 percent take-it-or-leave-it split in favor of the artists.

Inspired by Vets and Pets

Brunner loved the business, but when her husband, a former Marine, unexpectedly died, she found herself taking inventory of her priorities. “He was a Vietnam veteran. I wanted to give back to that community.”

Brunner founded Vets and Their Pets, a charity that matched low-income veterans with companion animals and formed a relationship with Phoenix’s MANA House, an organization that offers shelter and support to homeless veterans. Brunner discovered that many of the vets “would give up what little food they had for their dogs.” And that gave her an idea.

Brunner was friendly with Mitch Katz, owner of Arizona Catering, which handles much of the backstage concert fare in the Phoenix area. “I wanted to take the leftover food from the next show he was doing and [donate] it to MANA House,” Brunner says. The concept, first implemented by the anti-poverty think tank Rock and Wrap It Up, seems simple enough, but as Brunner discovered, requires diligence.

Katz cautioned Brunner that she wouldn’t be able to simply back up a station wagon to the stage door and cart away the leftovers. She would first have to get a food handler’s permit from the city and receive training in how to safely hold and transport food to prevent bacteria-borne poisoning. “I learned how to package it,” Brunner recalls. “I would take photos to show that it was being stored properly and everything was safe if there was a health department inspection.”

When Brunner proved she was up to the task – the leftovers whisked the three miles back to MANA House from Phoenix’s Talking Stick arena – Katz told her: “From here on out, any show that I have, it’s your show.”

With Katz’s commitment, Brunner’s innovative food charity began to expand. Madonna’s advance crew caught wind of her work in 2015. “She was very supportive,” Brunner says of the star. When Madonna played Phoenix, “they made it clear anything that was left over was ours for the taking.”

Brunner approached Terry Burke, the president of Southwest Music for Live Nation, the global entertainment colossus, and convinced him to let her take the leftovers from Live Nation-promoted shows in Phoenix. “Now, we have 100 percent of their shows,” she says.

Two years ago, Brunner learned that country superstar Kenny Chesney was coming to town under the auspices of Live Nation’s rival AEG. She contacted the company, who put her in touch with Tourcats, the national caterer Chesney was using on his North American tour. Two days after distributing “tons of food” from Chesney’s rehearsals in Phoenix, Brunner got a call from Tourcats. “We’re in Dallas,” the caterers told her, “we can do this here, too.”

Brunner and Tourcats developed a system that matched the caterer’s staff with local food banks to distribute backstage leftovers in cities across the country. What had begun as a grieving widow’s personal outreach was transforming into a network feeding thousands from the leftovers of high-rolling tours. At a recent music industry conference in Los Angeles, attendees from eight cities, including Boston and Philadelphia, approached Brunner and offered to volunteer. “I don’t need to be paid,” they told Brunner. “I will be your feet.”

Brunner’s experience demonstrates the tremendous good that can come from simply redirecting excess capacity of any sort. Just A Bunch of Roadies donates surplus space on cargo flights and the logistical expertise of music industry road personnel in the aftermath of natural disasters. The organization airlifted medical professionals and heath care supplies in and out of Haiti following the country’s devastating 2010 earthquake and after Typhoon Haiyan struck the Philippines in 2013. Social entrepreneurship models based on sharing resources can be extraordinarily valuable. Even leftover computing power is finding its way to the intellectually deserving. The Berkeley Open Infrastructure for Network Computing (BOINC) allows anyone to donate unused computing power on their personal computers and smart phones, enabling scientists to harness the equivalent of a free virtual supercomputer from a network of hundreds of thousands of individual devices “to cure diseases, study global warming, discover pulsars,” and tackle other types of computing-intensive scientific research.

One can only wonder what other social innovators might create by interpreting waste as an opportunity to share. “It’s a smooth, easy process,” Brunner says of her mission to feed the hungry with rock concert leftovers. “I’m going to dedicate the rest of my career to making this happen.”

This sharing-the-wealth movement has already spread to the tech equivalent of rock concerts. Non-profits such as Food Runners and Copia are at the head of the pack, with systems and sophisticated apps helping to deliver thousands of meals in San Francisco each day. The model works – and makes a difference. One can only wonder what might be possible with a mission-driven technological backbone supporting all kinds of events and activities generating surplus meals. With a little entrepreneurial ingenuity and generosity, leftovers might soon keep thousands more from going hungry.