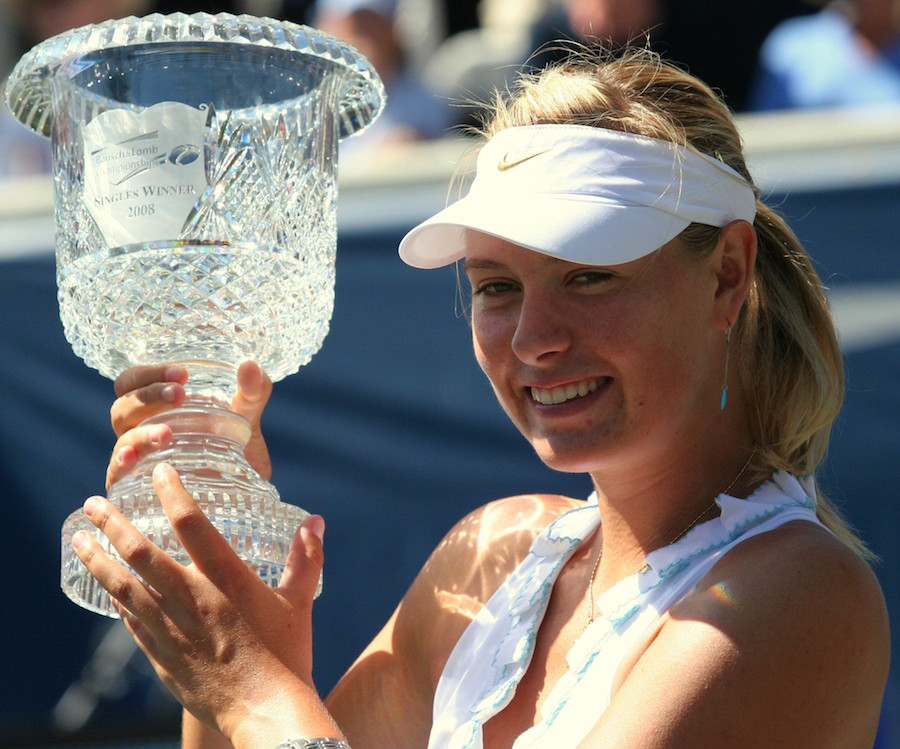 She’s strong, beautiful, and the world’s highest paid female athlete. She’s not been playing fair, and here’s why you should care. Maria Sharapova took the dark, easy path to fame and riches, and for every entrepreneur hoping to hit the big-time, the tennis star’s apocryphal rise and fall holds a hidden creativity lesson: She might have been Steph.

Forget her half-hearted PR-style cover-up. Nobody (including sponsors Nike, Porsche, and Tag Heuer) is buying her story that she had “abnormal EKG readings and concerns about possibly incipient diabetes.” The drug she took has a normal course of treatment of a few weeks, not a decade. Maria Sharapova has been disingenuously gaming the system for ten years. Meanwhile, this is no isolated case. Seven Russian athletes (including one Olympic gold medalist) have just been caught using the same drug, meldonium. Seventeen percent of Russian athletes tested last year were on meldonium. Athletes from Sweden, Ethiopia, and Ukraine have also reportedly tested positive for meldonium this year. Why is meldonium the hot new cheaters’ choice? Because until recently it was not banned by WADA, and it works.

Juicing performance comes in many flavors, not just in the form of eye-popping muscles from steroids and HGH (can anyone say NFL?). Meldonium, originally patented as a growth stimulator for poultry and livestock, helps athletes train harder and recover faster by increasing blood flow and oxygen intake. A tennis player on meldonium has a distinct endurance and performance edge over a player who swings a racket without a chemical boost. Which brings us to Steph Curry, at the moment arguably the world’s most skilled athlete. Steph lacks bulging muscles. There are many bigger, faster, stronger athletes. Steph is notably human. He needs to rest a few times during each game. He has great nights and off nights. He’s prone to a lazy turnover now and again. But here’s the thing. Steph Curry trains smarter and more creatively than any other athlete in his sport, and that’s why he’s an inspirational model for every hungry entrepreneur.

I happen to know something about the other, more nefarious model: the Sharapova, Mark McGuire, Barry Bonds, Marion Jones, and Lance Armstrong model. For several years I wrote for Playboy and Yahoo Sports about elite athletes and their elaborate doping schemes. I sat in court during Barry Bonds’s long federal case. Attended Roger Clemens’s congressional testimony. Drank a couple of beers with Lance Armstrong and listened to him profess his innocence. Spent many an afternoon with Victor Conte, medicine man to Bonds, Marion Jones, and countless other sports dopers. Here’s what I learned. Men and women succumb. We fall victim to temptation.

The stupid, easy path is to take a pill. Stick a needle in your arm. Pump your own blood back into your veins.

What’s hard is the Steph Curry way. You’re an entrepreneur or a budding innovator. What can you possibly learn from Steph Curry? How about this: you could get a lot more creative about being creative. Consider the NBA, chock full of multi-millionaires driven to be even more successful – to score more points, grab more rebounds, win more championships. But Steph Curry is the rare player who has turned his warm-up into a beautifully orchestrated display more in tune with that of a great musician than an athlete. He is the only NBA player who views training as a constant search for yet more challenging ways to heighten his dribbling, balance, and court sense. Why my obsession with this phenomenal athlete? The contrast he presents. Steph’s example reveals the flip-side: how one-dimensional we can be. How tentatively we explore other fields of knowledge, experts, and novel influences. How seldom we challenge ourselves. How often we settle for a crutch.

Maybe the lesson of Maria Sharapova is as simple as this. To remind us each day how we might be more like Steph.