Skyrunning: The Art of the Possible 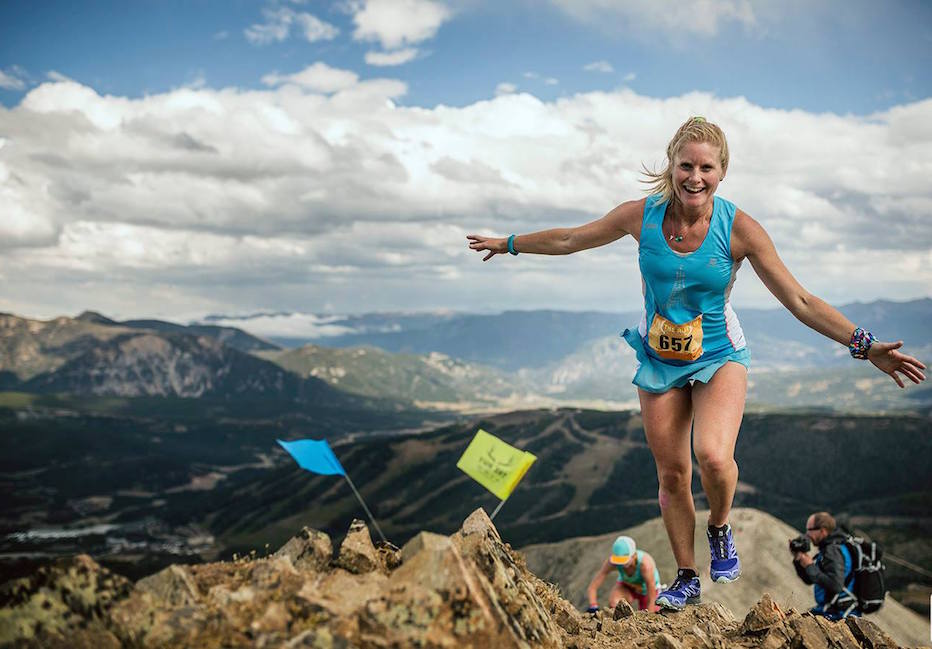 Mix running, alpine climbing, and mental grit, and what do you get? Skyrunning: the quirky adventure sport in which you run up and hurtle down mountains for kicks. This isn’t a quick, smooth road race or a slow, steady assault on a summit. It’s a blend of both, a symmetry of efficient, light motion that carries you into the clouds and back. It’s also an acute example of how outlier sports appeal to our furious need for fresh mental and physical challenges.

Skyrunning began twenty years ago in the Italian Alps, when local mountaineers began holding organized races up and down their favorite peaks. Within a few years, athletes were scrambling into thin air from the Rockies to the Himalayas. But despite its rapid spread, in its early years, Skyrunning was dominated by elite specialists, mostly male European alpinists who loved to deprive themselves of oxygen.

Fast-forward twenty years to the slopes and ridges of Montana’s Big Sky Ski Mountain for the running of The Rut on this past Labor Day weekend. Tan, sleek Italians and Spaniards still led the pack, but hours behind them plodded the amateurs, grey-haired grandpas, mothers and middle-aged professionals. In short, 600 ordinary people subjected themselves to 7 to 12 hours of pain and misery, traversing over 50 kilometers and 20,000 vertical feet.

Why? The legendary mountaineer George Mallory said it best nearly a century ago, when answering why he aspired to be the first to climb Mount Everest: “Because it’s there.” (Mallory died trying.) I continue to ask myself and fellow Skyrunners the same fundamental question, and the most consistent answer I get is: To prove it’s possible. Skyrunning challenges us to step out of our normal lives and try the extraordinary for a day. The limits of our human potential are always bounding forward. We know now that the human body can travel a hundred miles in a day, four times the distance of a marathon, once thought to be the maximum. We also know that the human mind can propel us to overcome insurmountable obstacles. Twenty years ago, who could imagine we’d be carrying handheld devices that could connect us instantly to information around the world?

The modern Skyrunner sets out to dance with the possible, to adventure into the unknown and back, and experience exquisite moments — the fiery orange glow on a desolate mountain at dawn, heady oxygen-deprived views of distant mountain ranges from the summit, and the ecstatic release as the body finally heaves to a stop.

The possibility of failure is ever-present whenever we venture out on our physical, mental or creative ledge. I’ve done a lot of endurance events in my day – 100+ mile bike rides, 50k cross-country ski races, and long trail runs. But I’ve never experienced anything quite like scrambling up and flying down the jagged slopes of Lone Mountain. This was my second 50k Skyrunning adventure. It took me a little over 6 painful hours. At points leg cramps slowed me to not much more than a walk, but I finished 19th — sometimes within sight of those fleet Italians and Spaniards before they turned into ants on the next peak.

The journey reaffirmed my belief that anything is possible. Just keep running and don’t look down.