Sonic Innovation: The Next Frontier 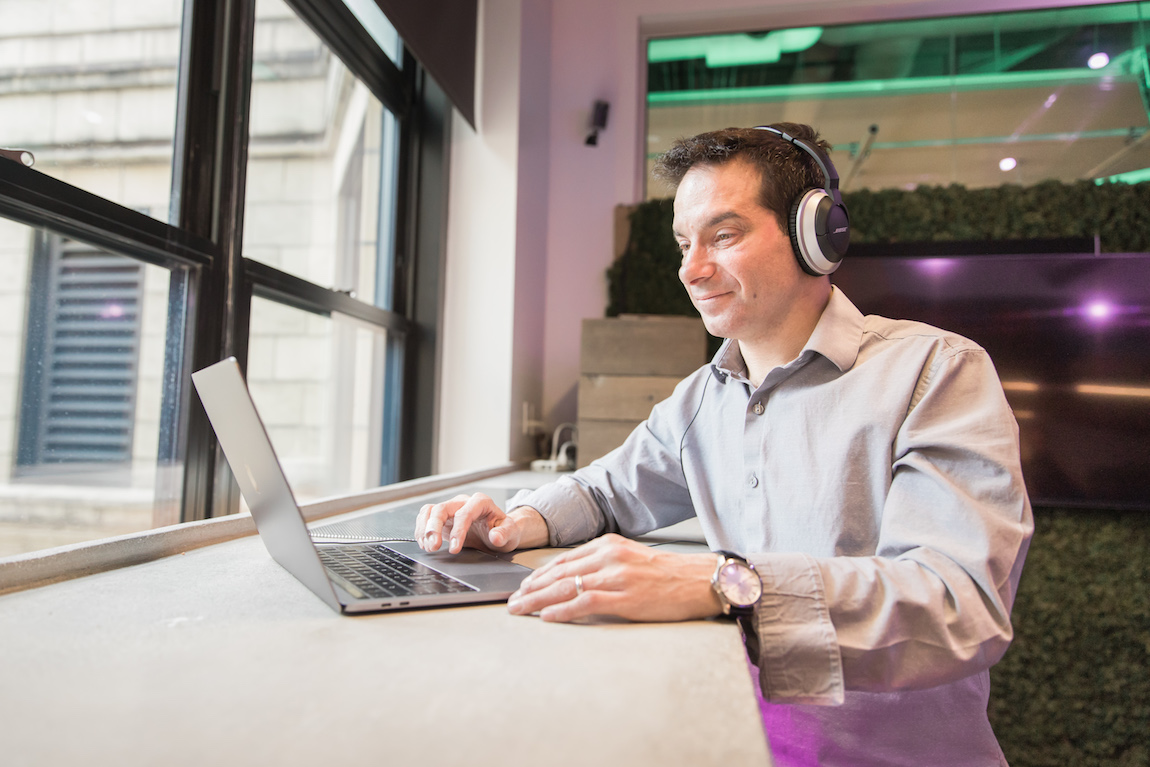 The usual suspects rendered the expected corporate keynotes at a New York Innovation conference, and then came Kevin Perlmutter, a man without a suit who punched up something different. No dull slides here crammed with indecipherable graphs and words. Sounds. A pleasing musical crescendo designed to evoke the upbeat acceleration of an electric car, the shrill high-pitched squeal of a key pad alert on a typical home alarm system, the brass and percussion fanfare of the orchestra music accompanying the Super Bowl on NBC. And here’s the funny thing. In an age when we are shallowly obsessed with visual appearance, our second, most critical sense may be a rich source of innovation we literally don’t see.

“Sonic is the next frontier of brand identity and experience,” pronounced Kevin Perlmutter, Chief of Innovation for Man Made Music.  “I’m here to talk to you about the invisible power of sound.” He was true to his word, kicking off his session not only with a quirky mélange of manufactured sounds, but with a name-that-tune audience polling game, playing audio that the strategic music and sound studio firm has developed for AT&T, HBO, Cricket, and NBC.

But if right about now you’re seeking a visual reference point, and thinking that sound and music are peripheral to tech, think again and start with these data points. Music and sound have the fastest reaction time in terms of reaching the subconscious – the part of the brain where 90% of decisions are made.  And sounds can instantly trigger pleasant memories (remember the musical ice cream truck). AT&T isn’t the only giant that understands this. Sound design has been critical to the success of Apple, Disney, and Nissan. To engage consumers with an app, tech platform, or experience today you need to be imaginative about how you integrate sound to tap the power of memory and association.

Inside Man Made Music’s Studio

We wanted to hear more, and followed with a visit to MMM’s Manhattan studio and innovation lab just off Wall Street. Think one part state-of-the-art studio with recording and playback facilities, one part prototyping lab. You might imagine you’re in a cool tech incubator or boutique Silicon Valley software firm, except that room after soundproofed room is filled with audio engineers sitting at mixing boards, not to mention a large recording studio with ample space for a dozen musicians or more. Then there’s the invisible component. Kevin showed us a proprietary iPad-based system (no photos allowed) that turns MMM’s own office (meeting rooms, hallways, kitchen, offices) into a sonic testbed where various iterations of products in development for clients are regularly evaluated on live subjects with the surround-sound speaker system.  A sort of sonic innovation prototyping lab.

“We’ve moved from a communications-focused world to an experience-focused world,” Kevin explained of MMM’s client work. “Live and digital experiences are becoming so much more important to relationships with customers than broadcast type experiences used to be.” And as brands spread across multiple experiences, noted Kevin, sound is an integral way to connect with people instantly, subconsciously, and viscerally.

Audio is too often done poorly, an afterthought, or ignored, said Kevin. We’re left with the litter of “sonic trash and emotional distress” from our everyday encounters. That’s bad for business. Bad for product. Entering a store and hearing the typical alarm-like monitor will more likely speed your departure than put you at ease. And who loves a security system that barks at you as you walk into your own home? But there’s no reason either of these sounds needs to be shrill and unpleasant, noted Kevin. Walking into a store could be inviting, and return to a safely alarmed home might convey safety.

If Man Made Music gets its way, sonic elements will become integral to all manner of experience design. From stadiums to theme parks to conference rooms, computers, cars and restaurants, the firm is designing sounds to change moods and minds. Founder Joel Beckerman’s fascinating book The Sonic Boom cites theory and research, and real-world examples to illustrate how “sound transforms the way we think, feel, and buy.” Beckerman describes sonic branding devices such as the “boom moment”, a la the sizzling hiss of a fajita bursting out of the kitchen doors at Chili’s, which make us feel alive and engaged. Beckerman also delivers practical advice: How to mix up the soundtrack in retail to slow people down or pep them up, or how to incorporate sound into your creative product development process (“don’t forget silence” and “create anthems not jingles”).

Kevin said MMM thinks a lot about the user experience journey of a product and how the “sound can be more than functional,” what he calls “Next-level intuitive,” the idea that the simple usability of a product can be enhanced with the right soundscape. Sound represents a huge pain point and rich opportunity for innovation in many industries and fields. Take medicine. MMM is working to reengineer the sounds in a hospital – with its cacophony of tones, beeps and buzzes from monitors, motors and machines. The noise is distressing for the patient, said Kevin, and desensitizing for practitioners, who often suffer “alarm fatigue” and lose the ability to prioritize important signals.

What’s next for sound? Tackling the office. And the brainstorm. Remember that mysterious iPad system?  Kevin told us about a major MMM project for a large (unnamed) company engaged in high-level consulting and workshops for senior executives. “It’s really big, heady stuff. They come to develop their five-year plans, they invest a lot in the meeting,” said Kevin. “They provide a facilitator, bring in advisors on core bits of information, whether it’s an industry perspective or analyst briefing, and they’re very much believers in multisensory experiences to make sure that those meetings are highly engaging and productive.”

To promote productivity at these gatherings, MMM created “a sonic identity system”, branding the experience with memorable music and sound, and deploying the MMX, an iPad-based system incorporating hardware, software and proprietary code “so that instantaneously on an iPad, our clients, the facilitators of these meetings, can trigger sound and music at the right moments.”

The day may not be far off when offices pay as much attention to sound as imagery. MMM has designed a welcome ambiance, movement chimes and sound effects to help a group build on positive momentum and keep the energy flowing. There are even cues to signify breaks, a crickets button if the moderator asks a question and nobody responds, and a sound for a moderator to celebrate the moments when someone says something interesting or provocative.

Sound is on a path to becoming a key office tool to enhance prototyping and productivity.

After our visit to Man Made Music’s studio we thought back to how we first met Kevin at a summit for innovation experts who to a large degree seemed remarkably lacking in out-of-the-box thinking.  Then we met this guy promoting the potential of our second most critical sense. A guy who talked less about data and more about a holistic experience. “It can guide you through the journey,” said Kevin of sound.  “It can be emotional. It can convey information. It can humanize a digital interaction.”

Sound can be a fresh source of innovation. All you have to do is start listening.

More from SmartUp on multisensory marketing.