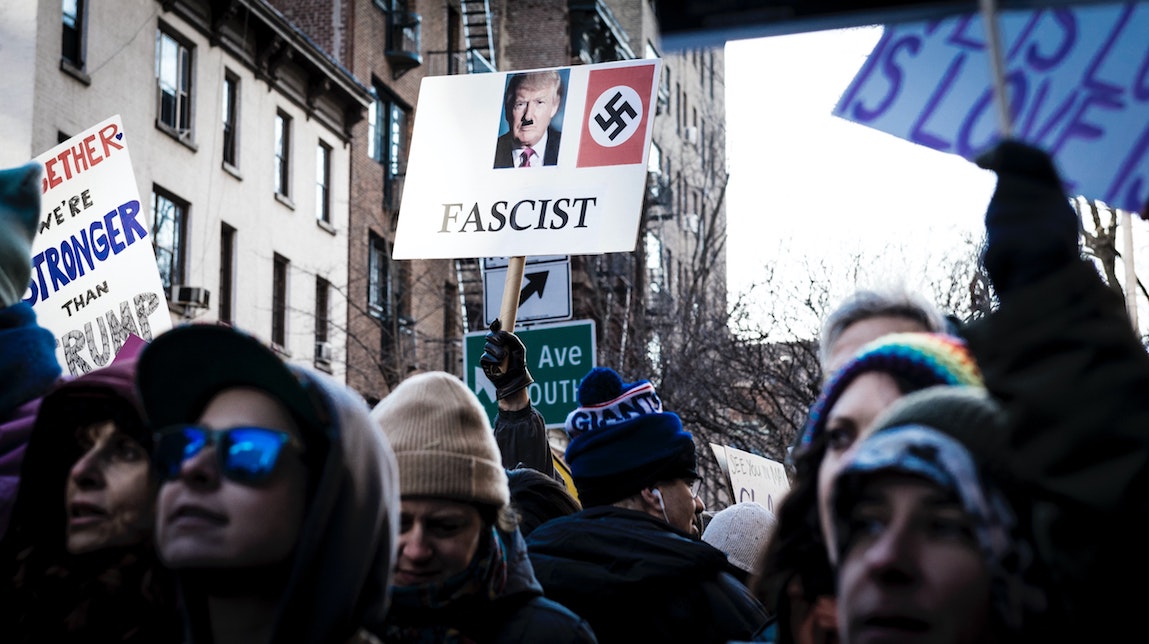 The world watched in horror this week as the Trump administration teargassed and shot projectiles at Americans. Like a tin-pot dictator, our president threatened to unleash vicious dogs and “ominous weapons” upon protestors that he inauspiciously labeled “domestic terrorists.” During this incredible week in American history, something else unprecedented took place. American sports, major brands and corporations finally let go of the ugly acquiescence that has allowed Trump’s divisive and cynical racism to fester.

An honest change of heart? A strategic response to the political climate? Call it what you will, but these powerful companies and organizations are siding with the only team that matters during this contest: Americans who increasingly are virulently anti-Trump. The president was told to kneel by a white quarterback and the white commissioner of the National Football League, a defining moment best summed up by The Guardian’s headline “The NFL did the unthinkable: it gave Donald Trump the middle finger”.

The Gloves Are Off

We are right to be skeptical about their motives. But this is not about whether Big Sports and mega brands will truly begin to do the right thing but rather the undeniable fact that, along with millions of protestors, and a growing battalion of disgusted generals and admirals, men in power are finally standing up to Trump. Men like former president George Bush, and Former Secretary of State General Colin Powell, who took the gloves off and publicly denounced Trump as a “liar” and threat to the Constitution and our democracy.

And what happened with the NFL? New Orleans Saints quarterback Drew Brees found himself on the wrong side of history this week when he carelessly said, “I will never agree with anybody disrespecting the flag of the United States of America or our country.” The athlete’s misstep snowballed. On Thursday night, several of the NFL’s biggest black stars released a video challenge to the league, an exhortation to speak “powerfully about the omnipresence of systemic racism against black Americans.” Brees quickly backpedaled with a strong mea culpa after a blistering backlash. “I made comments that were insensitive and completely missed the mark on the issues we are facing right now as a country,” Brees posted on Instagram, adding that his statement “lacked awareness and any type of compassion or empathy.”

The velocity of this viral action and counter-action was stunning and demonstrated how completely Trump has lost the upper hand. Shortly after Trump predictably tweeted to Brees “NO KNEELING!” before our “Great American Flag,” Brees turned on the president. “I realize this is not an issue about the American flag. It has never been,” Brees wrote in a post to Trump. “We can no longer use the flag to turn people away or distract them from the real issues that face our black communities.”

And then came the backing of the NFL. Dominated by white conservative owners and coaches, the league has been on the wrong side of the controversy, publicly siding with the President’s pro-flag jingoism over the position of its own players, 70 percent of whom are black, on the charged issue of standing before the singing of the national anthem. League commissioner Roger Goodell issued a video retracting their former stance. “We were wrong,” he said, as he read the statement requested by the players. “I personally protest with you and want to be part of the much-needed change in this country.’”

Does anyone think the NBA and MLB won’t follow the NFL’s lead? Trump’s racist, divisive, dangerous attack on our great nation always depended upon the complicity of other white men of power, upon corporations that largely paid lip service to equal rights. Now that those same white men are finally, reluctantly, standing up, Trump has run out of blockers. Just like in a great sporting contest, the momentum on the field of play has inexorably shifted.

The fight is just starting, and there’s bound to be fireworks when the NBA season starts in July. This weekend legendary basketball coach Gregg Popovich mocked the president for hiding in his “basement,” calling him a fool, deranged idiot, and coward.

It’s going to be a long hot summer for the man in the White House.