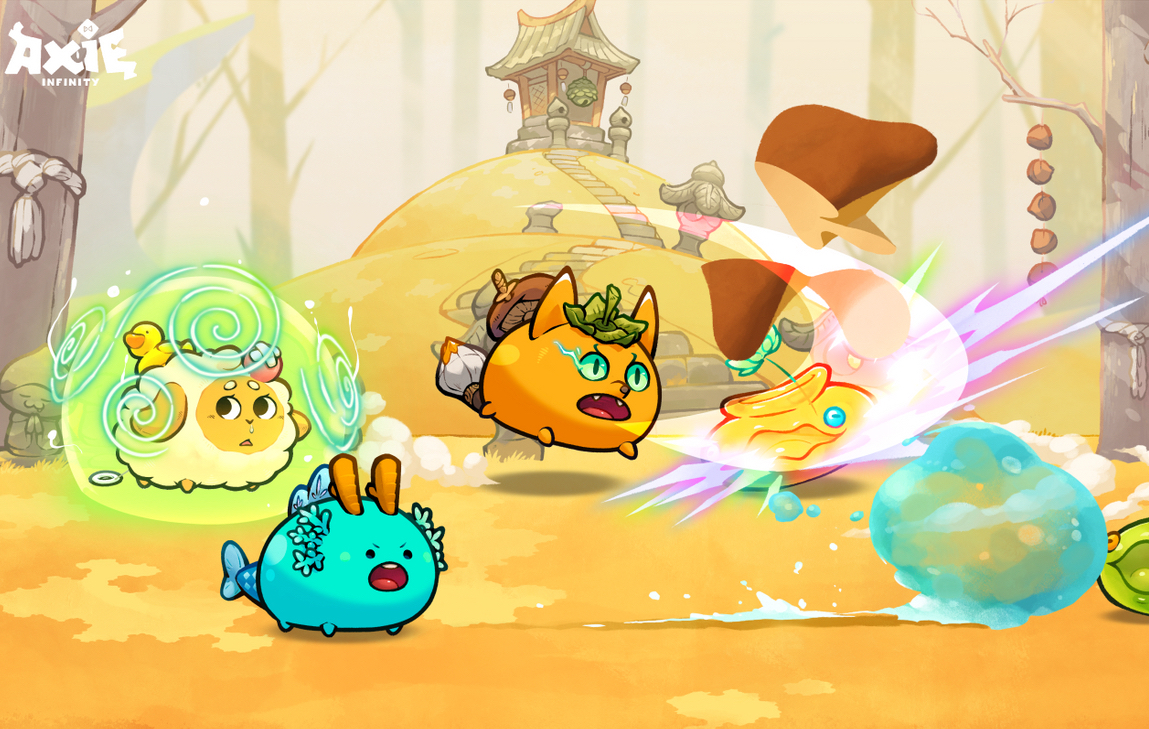 How can you escape the harsh reality of living through the pandemic? For many of us, the answer is games. Plugging into an alternate universe offers instant psychic and emotional vacations. We can try on new identities, connect with others, test our skills, flex new powers. It’s no wonder the online gaming industry is soaring, especially for immersive fantasy and world-building games. The global gamer population is estimated at 2.7 billion entertainment-seeking souls, while a recent Accenture report values the industry at $300+ billion (more than the combined markets for movies and music).

Digital gaming’s nostalgic origins track back to the 1970s with legendary arcade favorites like Space Invaders and Pac-Man, followed by the console games of the 90s (Xbox, PlayStation, Nintendo). Today, mobile is the dominant medium, with phones now the device of choice for millions of gamers playing Fortnite and Pokémon GO. The latest twist is driven by the NFT craze, and the get-rich-quick promise of crypto. Whereas once you might gain bragging rights by topping the leaderboard, now you can reap monetary rewards in highly volatile cryptocurrencies.

Origins of a new gaming paradigm

Crypto, as we’ve discussed, is built on the blockchain. So, for this installment in my Web3 series, I checked in again with Ron Martinez, whose experience with both blockchain development and gaming runs deep. Martinez says he invented “arguably the first play-to-earn game back in the 90s.” At PostLinear Entertainment, he and his team developed and patented “the first in-app purchasing,” launched in a massively multiplayer online world-building game called 10SIX. Players would stake land on Planet Visitor, mine a rare substance called Transium, and then trade that in an “in-game economy of tradable objects,” says Martinez. The game also featured a persistent world that continued to evolve “whether or not you were there,” another first in the gaming world. Programming for “state”, the condition wherein a player’s progress is saved and preserved between sessions, even though the rest of the multiplayer game has continued to develop, is now standard in contemporary play-to-earn games. Add in NFTs, and this means updates to the blockchain. That can get complicated.

To grasp the tech, let’s examine one of today’s most popular titles, the pet-breeding game Axie Infinity. Players collect and battle Axies (creatures that look like axolotls, a kind of salamander). Axies are also NFTs, and you need three to start (current price $95 each). To recoup for this pay-to-play requirement, players earn crypto through gameplay and by selling Axies and in-game accessories called Smooth Love Potions (SLPs).

One man’s game is another man’s job. In unstable economies like Venezuela and the Philippines, thousands are making their primary or secondary incomes by playing Axie Infinity on their mobile phones. They can pay their rent and put food on the table, earning up to $800 a month, which goes a long way in a place like Venezuela, where the average monthly wages are well under $50.

But who wins? You can’t help but wonder if at heart there are just a few mega-winners at the top, plenty of losers at the bottom, and some in between who eke out an existence in front of their mobile phones.

The tech: Chains and Tokenomics

Axie is built on the Ethereum blockchain. Given the high gas fees and slower finality (longer processing times for transactions) relative to other chains, this may seem an odd choice. Martinez explains: “What really helped Axie take off is that they built and control their own side chain for rapid transaction handling. Then they can roll the results up periodically to the Ethereum chain.”

Among newer game developers, other chains are growing in popularity. For example, Harmony, based in San Francisco, is positioning itself as a game-friendly environment, touting its one-second finality, so transactions (and gamer gratification) are instantaneous. Not to mention cheaper, with 1000 times lower transaction fees than Ethereum’s gas fees, clocking in at more like $0.000001. Enders Gate, a trading card game, and DeFi Kingdoms, another world-building game, are up-and-coming Harmony-based games, albeit with some criticism of the former due to a built-in advantage to players willing to pay more for more powerful players. (“Ultimately you don’t want people to be able to pay to have better characters, better items in the game,” says one reviewer, “Because then it removes the fairness.”) The chains Tezos, NEAR, and Solana are similarly attracting developers due to their lower fees, faster finality, and cleaner testing and deployment environments.

Appealing games depend on strategic tokenomics, and good code. Developers play an essential role in the success of a game. Coding errors can be fatal – destructive not just to players but to the chain itself.

It’s not always smooth sailing, as we saw this week in the infamous example of the play-to-earn game Sunflower Farmers, released last month on the Polygon chain. Polygon is a proof-of-stake chain, meaning that early players (those with more staked in the game) are incentivized by lower gas fees than newer players wanting to enter the game. When bots flooded the game in a distributed denial-of-service attack, gas fees increased across the board. And, because Sunflower’s developers were automatically storing the game state on the chain every 25 minutes, congestion also ensued. Overnight, the traffic on Sunflower Farmers accounted for 42 per cent of all the transaction fees on Polygon – much to the irritation of any other Polygon developers trying to code on the chain (including Ron Martinez, who tipped me off to the issue). The Polygon Foundation shut down the game. The creators of Sunflower Farmers have announced they’re rebranding as Sunflower Land, which is “coming soon.”

Web3: The perils and promises of self-custody

There’s also a gray area in the decentralized nature of Web3. This means self-custody over your assets. You’re on your own if you mess up. Deposit your earnings to the wrong wallet address and there’s no customer service to bail you out. Or consider the sorry case of my friend Phil [last name withheld to protect his identity]. After purchasing several thousand dollars’ worth of Axie tokens on the BitForex trading platform, he found that an update had gone through, and he was now the holder of “old tokens,” with a value of less than half that of the “new tokens” used in game play. He couldn’t redeem his tokens under the old smart contract address, and later found that the old tokens were no longer supported on the exchange. (A similar scenario is likely to happen with Sunflower Farmers Land.)

Just as with crypto, people with the best intentions make bad decisions and bum trades. Many are finding out the hard way that 24/7 gaming can be a losing bet. Play well and make your rent this week. But you may just as easily lose it next week. As Martinez wryly notes, “If you’re not good, you shouldn’t play.”

But here’s the promise of building games on the blockchain, with its integral elements of ownership and sovereign identity.  Eventually, the thinking goes, applications, users, and transactions will be distributed across chains in a fully interoperable world where a player can take her game pieces, characters and currencies, and move from game to game.

This is the metaverse, “a kind of alternate universe with its own trading economy,” says Martinez “which recognizes your ownership” of digital assets from any game.

Coming up soon in our Web3 series, we’ll talk about the metaverse.