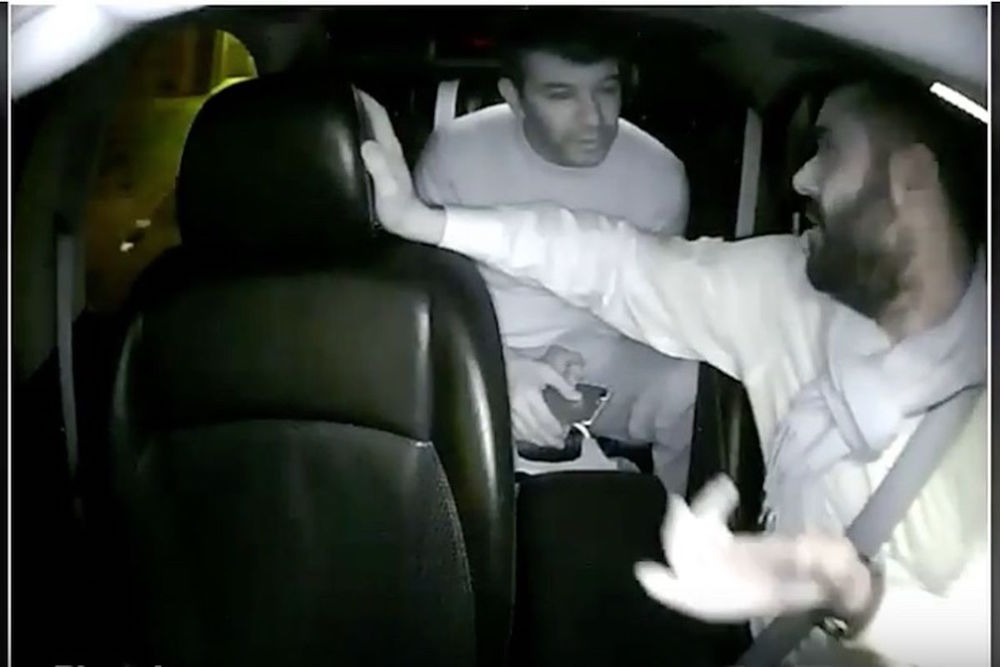 Yet another bomb exploded in the series of self-detonations from Uber, with last week’s announcement that the Department of Justice has opened a criminal investigation into the ride sharing behemoth. The onslaught of public relations disasters has been a textbook don’t-do list, from devastating revelations of a “nightmare” misogynistic culture, to Travis Kalanick’s video-captured tirade against one of his drivers, to a police-blotter litany of dirty tricks against Lyft, Apple, celebrities, and now the authorities. But all this ugliness is obscuring the company’s biggest Achilles heel: Uber is running out of time to fix its abysmal customer service.

Uber has logistics down. Its navigation technology is first and best in class. Nine times out of ten, the miraculous app brings a car to you and swiftly takes you to your destination. Yet all too often, its service truly sucks, and it’s worth remembering that the company Uber has been compared to in terms of potential global domination, Amazon, was founded on extraordinarily personalized customer service.

Recently in San Diego, I took three Uber rides in a row where I wanted to press a “start-over” button on my iPhone and reconfigure my current reality. But with Uber, your only interface option is to accept the ride, and take what you get – or run the risk of a cancellation penalty for declining a ride when you know it’s going to be a bad trip– which is not really a valid alternative when you have to get somewhere. There’s no design, no choice, when it comes to customer service in Uber.  And that’s something Kalanick needs to remedy.

Driver one picked us up on Vacation Island in San Diego. Destination: UC San Diego’s Great Hall. There is one main address for this vast campus with nearly 40,000 students, grad students and faculty. Our Uber driver was from San Diego, and no stranger to the campus. We showed him the cross streets and the building next to our destination on our iPhone. He drove up to the campus, pulled into a street, and confidently declared that there was a map “right over there”. We got out, and he drove away. But he was Uber-wrong – a hilly 1.3-mile walk wrong.

Driver two picked us up after the event, seemingly angry that we were on what he called the “wrong” corner. Gruffly declaring he had no clue where he was or where he was going (“I don’t know San Diego”), he said he’d just use the app. Imagine a pilot or a skipper announcing a similar ignorance of his whereabouts. The mood in the car was palpably hostile, and it was not a pleasant ride. A day later, our third ride was a pickup to take us to our next hotel. The female driver pulled up, and we waited. Nothing. She didn’t greet us, get out of the car, or offer to help with our suitcases. Nada. We actually had to ask her to open the trunk. It was almost as if she was not there, and upon our arrival she also said nothing, made no move to help with our bags, and for all we know she might have been a robot – we never saw her face.

Now I understand why Travis aims to replace his drivers with autonomous cars. Uber’s explosive growth has led to a crisis of quality. ConsumerAffairs, a crowdsourced consumer rating service, gives Uber an overall satisfaction rating of 1.5 out of 5 (Lyft is rated at 4.25 out of 5) and is rife with complaints by drivers and passengers about how the company routinely fails to respond to problems on any medium, email, phone, or app. Typical reviews suggest that “This ‘company’ never responds to emails or complaints” and that “Never have I been treated the way Uber treats people just to drive a car!” Uber appears to lack an effective system to deal with serious problems, from obnoxious or dangerous driver behavior to purported sexual assault.

Many of Uber’s drivers don’t seem to understand that this is a service business, and on average seem to be getting worse with the firm’s rapid (and faltering) expansion efforts. They get lost, and either rattle on incessantly or act like you don’t exist. Which is to say Uber’s logistics algorithm doesn’t extend to customer service. And this neglect is by design. The drivers I talked to in San Diego said they’d received virtually no customer service orientation (online or offline) from Uber, a strange omission when you consider that Salesforce has declared customer service the top factor to build trust with customers.

That’s bad enough, but here’s what’s worse. Uber passengers are just powerless transactions in the great Uber app universe. The ability to rate your driver on a Likert scale is an illusion of engagement and control, because it happens after the fact. Because there’s no deep or design thinking on Uber’s part, no meaningful give-and-take exists between customer and driver. The system doesn’t learn about your preferences for drivers, conditions, or environment – before or after the ride. There’s no intelligence, artificial or otherwise. Or empathy.

Some have suggested that it’s mainly about money, pointing out that Uber’s decision to exclude tipping from the app essentially contradicts what has quintessentially been an exchange of service. “Uber’s sin was to break the sacred bond between drivers and passenger, made real by the tip,” wrote Matthew DeBord in Business Insider. Good point, but the problem goes deeper. A design thinking approach would build in empathy for the rider (Metromile is doing this for car insurance customers). We come in all shapes and sizes, and have unique needs and preferences. Some of us want a chatty driver clueing us into local attractions. Sometimes we just want the joy of silence. Sometimes we want a driver who knows where the hell he’s going. If Travis adopted design thinking, an Uber ride might feature an authentic two-way exchange. In other words, as passengers, we could design the experience we want through selections in the app – choosing the mood and setting our expectations: a quiet, calming ride, a chatty journey with helpful insights about a city we’re visiting, or a concerted effort to ensure we’re getting to the right place.

Fully autonomous cars are still years away. In the meantime, AI and design thinking can help. But it has to start with humans and empathy. It has to start with user preferences. Criminal investigations, sexual harassment lawsuits, and a troubling pattern of flaunting ethics at every turn is a sign of something else missing in the land of Uber.

The customer is always right, and Uber management, including Travis Kalanick, better hop into the back seat again soon. Not to get into another fight, but to gain some empathy for the customer, who’s really in the driver’s seat.