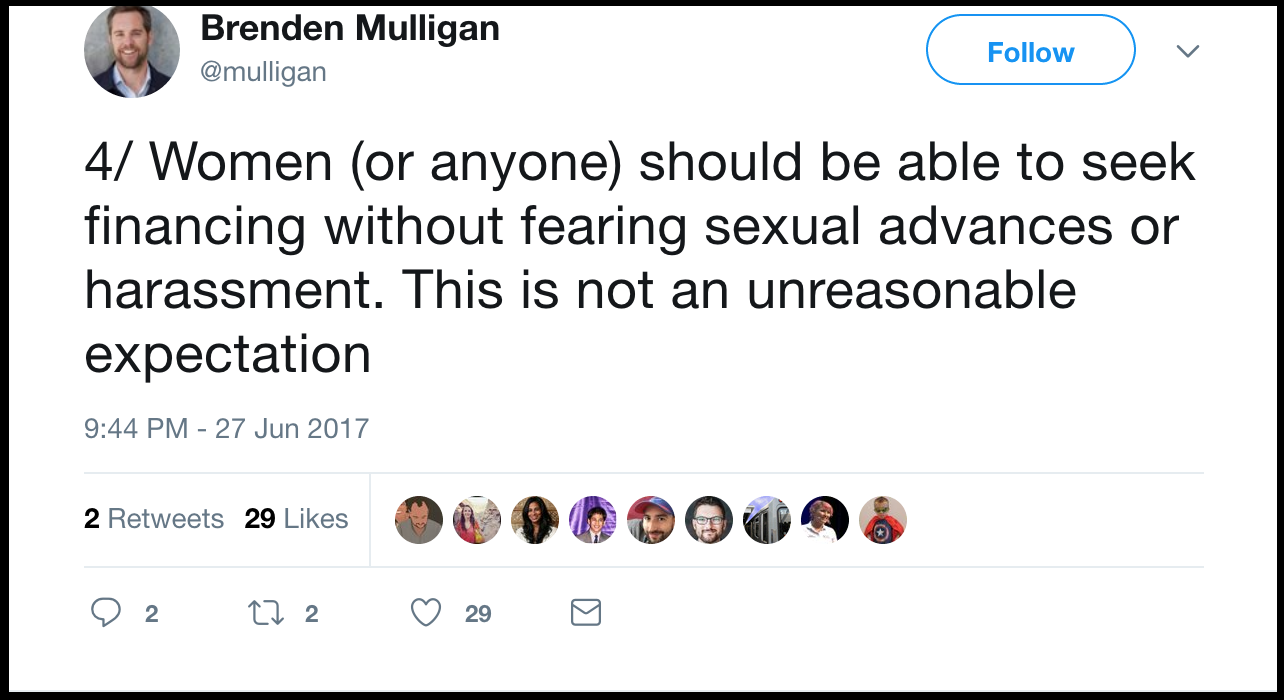 What is it with men these days? Last week, yet another sexist Silicon Valley VC was outed in a public shaming. Then the founding partner of 500 Startups resigned under pressure for similar reasons. This on the heels of the Uber harassment management meltdown. Then our tweeter-in-chief let loose with a woman-hating tirade, while behind closed doors, 13 mostly white, mostly old men sought to strip American women of their healthcare and related rights. Women are starting to talk.

Institutionalized misogyny is not new, and it’s no surprise to women in tech, who make up only a quarter of the tech workforce (lower if you count purely technical jobs). But we’ve been engineering smart and creative ways to skirt the abuse for a while now. We are breaking into new fields as female founders, creating activist social media campaigns, launching incubators for FemTech startups, and building women-only networks such as the GUILD (a world I’m familiar with, as the GUILD’s Editorial Director). What is new, though, with the rise of such memes as Reid Hoffman’s #DecencyPledge, is the recognition that there may be a place for supportive men to serve as liaisons to the inner workings of the tech power game, helping women navigate obstacles and break down barriers.

This week, the GUILD responded to the olive branch extended by their brothers in tech, and reached out to its members to ask a key question: can we make lemonade from lemons and invite men into our female circle? Anne Cocquyt, the former Genentech intrapreneur, founded the GUILD to help women build their professional networks. She poses a pivotal question. Men or no men? Join the conversation and lend your voice.