Automating Farm Operations, from Tesla’s Gigafactory to the Field 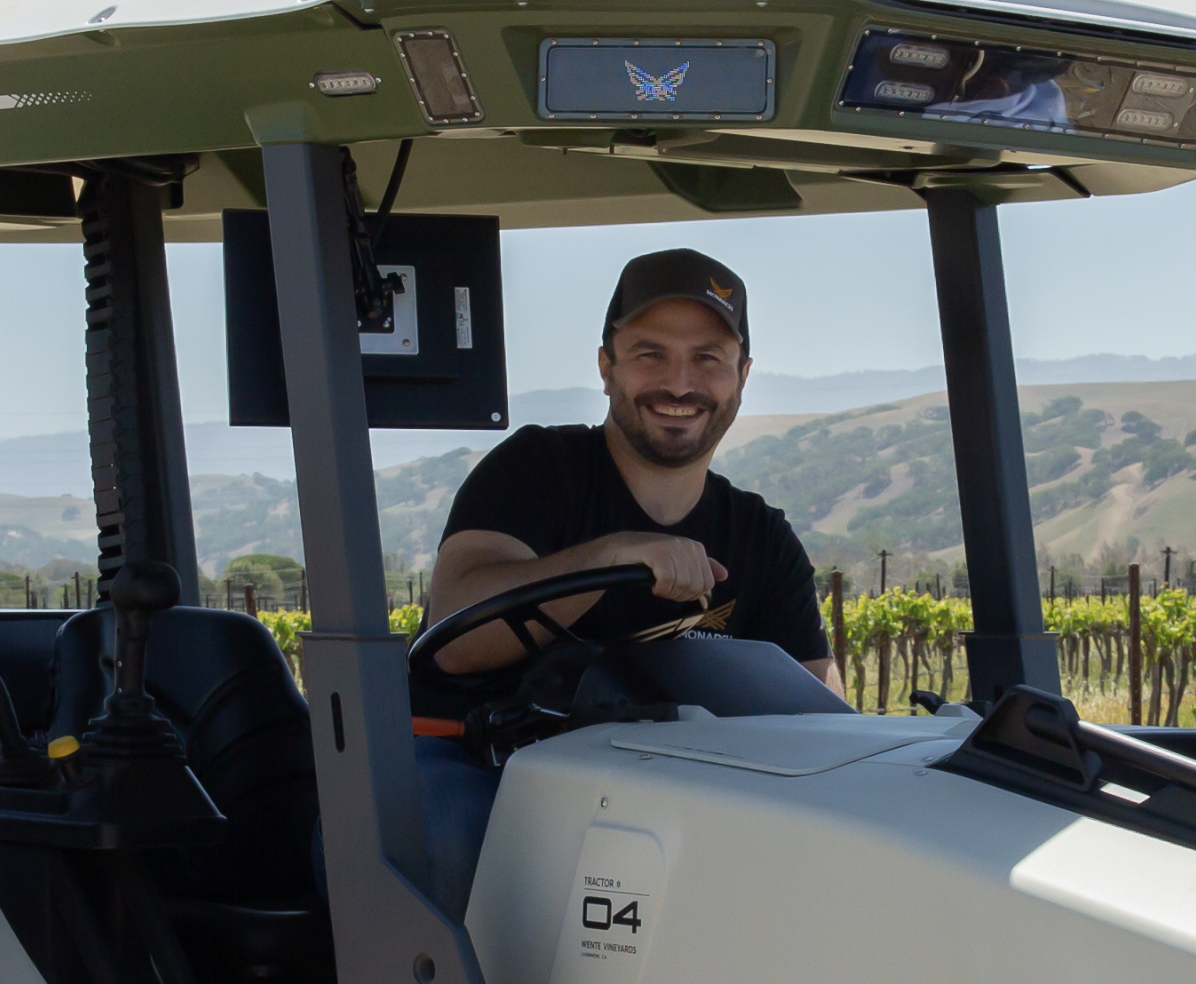 Farms are notoriously inefficient. Missed production targets, painful labor shortages, clumsy manual control checks – these all pile up the cost and waste. Shamefully carbon-heavy agriculture is responsible for 11% of greenhouse gases worldwide. There’s a better path, and that’s where Mark Schwager and his team at Monarch Tractor roll in, with the world’s first electric, autonomous smart tractor.

Monarch sees its tractor as the future of sustainable agriculture, allowing growers to apply precision farming while cutting their diesel costs to virtually zero.

Schwager, President and co-founder, has an impressive engineering and factory line pedigree. He previously served as head of the Tesla Gigafactory, leading the project from concept to construction. He also managed the operations planning team, built the business systems for Tesla’s Fremont factory, and led the manufacturing program for Tesla’s collaboration with Toyota for the RAV4 EV.

Now he’s applying his deep engineering and production background to the farm, by bringing a 5-step industrialization process. It all begins with proof of concept: can you make it work? Then beta testing, prototyping, design. After that, it’s time to roll out production. The final step is validating the process and working out the kinks as you grow to large-scale operations.

Schwager learned about scaling in Silicon Valley when he was at self-driving car company Zoox. Schwager joined during the ideation stage, as the “20th or 30th employee”, and felt the technology represented a model vision of how to scale multiple business models simultaneously. It also “opened my eyes to the big Silicon Valley pitch,” he says, revealing “what was really possible from salesmanship and showmanship and creating that quintessential Silicon Valley moonshot.”

Zoox later hit a speed bump, sued by Tesla over alleged theft of trade secrets and subsequently laying off 10% of their staff. But Schwager had already moved on with two colleagues who became his Monarch co-founders: Praveen Penmetsa and Zachary Omohundro. The three joined forces with Carlo Mondavi of the wine-making family dynasty to launch Monarch in 2020.

Monarch’s MK-V smart tractor doubles as a sophisticated computerized laboratory. The machine can analyze soil and plant moisture levels, assess pest encroachment, even identify issues in roots and/or fruits, signaling when it’s time to harvest. Detailed reports bring transparency about farm-wide operations, for maximum efficiency. Launched just two years ago, Monarch is steadily gaining ground among California’s wineries and Central Valley farms. To compete on an industrial-scale level, the company is ramping up manufacturing at the Foxconn plant in Ohio, taking advantage of “pooled resources across the factory” and increasing output. “We have a challenge,” says Schwager who believes automation and electrification will be essential to making farmland more efficient. “The amount of arable land in the world is finite. There will be 10 billion people by the middle of the century on the planet. How are we gonna feed them?”

About this content: I write for Donna Loughlin’s Before It Happened podcast, crafting weekly profiles of innovators, and showcasing their aha moments. This post originally appeared on the Before It Happened Blog. Be sure to listen to the related podcast!