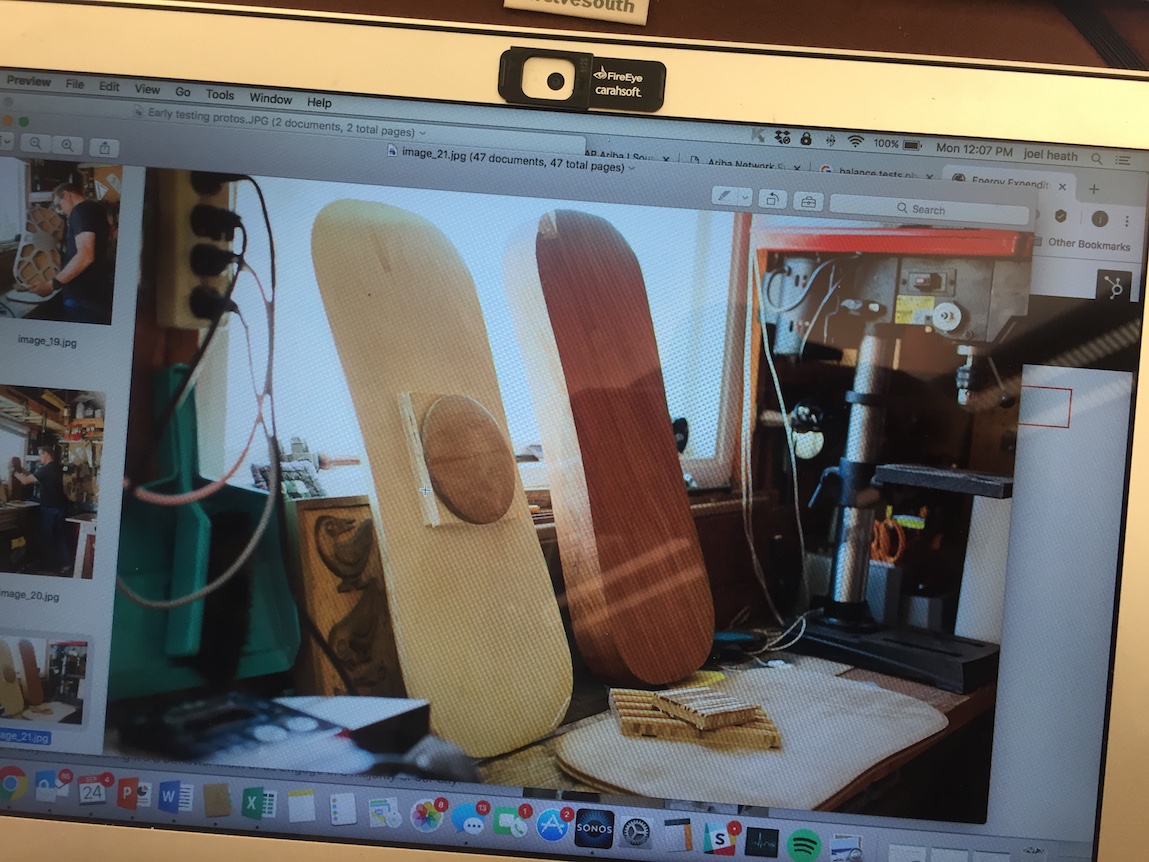 There has rarely been a better time to launch than now – right in the middle of this pandemic. “America has suddenly recovered its entrepreneurial mojo,” wrote The Economist recently in a stunning report documenting a massive number of “high-propensity” businesses launched in the past few months. Yes, America is moving forward once again with ideas, vision, tech and talent. We have a new President-Elect and Vice President-Elect who believe in the power of innovation and entrepreneurship, and we will soon reopen doors that were foolishly closed to our partners in Europe, Asia and Latin America. Today we celebrate the brave in our excerpt from The Entrepreneur’s Faces about “The Athlete,” Joel Heath of FluidStance. This is dedicated to bold men and women everywhere, entrepreneurs who launch, who ship, who take necessary risks on the path to Scale.

The Launch is about action. Creating targeted prototypes and experiments. Connecting with real, paying customers earlier than you thought possible. Discovering that rapid-fire, iterative experiments build knowledge and light the path to success.

The Launch is serious business. It requires daily commitment, the grown-up version of The Little Engine That Could mantra, “I think I can, I think I can.” This is no longer simply about a Shift in mindset, an exploration, or a move to a fresh Place, a new and stimulating atmosphere and environment. What’s different about this stage is public accountability. People are watching. And there are often others on board who depend on us to keep going.

This is where bravery counts, where action replaces hesitation. The Launch demands too that we make peace with our vulnerability, the ever-present specter of failure. Our natural fear of making mistakes, of failing before our peers, mentors, family and society at large, can hold us back from trying. Which is not to say these fears ever totally fall away. We just counter that fear with courage.

It’s easy to recognize someone who’s starting by doing. They’re moving fast. They prototype more than they plan. Doers quickly learn how to break complex tasks down into small, individual elements. They learn by testing what works and what doesn’t. They dive into the why, quickly discerning what they might change. This flexibility of mind, this openness to shifting course, is no small challenge. Launching requires confidence and trust. The strength to stand up to naysayers. The resilience to overcome the obstacles that lie ahead.

The Athlete: Joel Taps the Crowd

Joel Heath of Santa Barbara, CA did not fit the cliché of the startup founder. He had just been fired from a plumb executive position at the outdoor footwear fashion firm Deckers. Joel was entering his forties, and he had a wife and kid to support. But he still had dreams, and he wrote five of them down on his bathroom mirror, and began making crude prototypes in his garage with woodworking tools handed down from his grandparents. Joel’s  back had ached sitting at the desk at his corporate job, and he had a novel idea to break us free from the tyranny of eight hours in a chair. His brainchild? A balance board so elegantly designed that you could effortlessly type standing, burning calories to boot. For months, Joel worked tirelessly with experts and then began pouring months and cash into his dream.

In the fall of 2014, Joel visited potential die-casting manufacturers, incorporated as Company of Motion, LLC DBA FluidStance, received his first sand cast part for what he called the Level, and moved his fledgling operation into a rented garage sandwiched between a tiny strip club and an adult magazine store.

Joel needed big money now. He wasn’t creating an app or software, the sort of startup that scales and more easily attracts investors. Joel hoped to manufacture a complex physical product for which no proven market existed, with all the attendant up-front costs and risks.

Crowdfunding was how he hoped to leap from prototype to product, and his first paying customers. Crowdfunding could attract enthusiastic early adopters and give him early eyeballs from the media and the industry, and critical “pre-sale momentum.”

Joel was impressed by Indiegogo, based in nearby San Francisco. The staff was willing to share best practices as he planned his campaign. He teamed up with TENT, a small creative agency that draws upon contractors or “after hours” talent from bigger agencies. He also hired a former colleague from Deckers with her own digital marketing firm, MAKA. Joel’s investment in his professional image and marketing took hold. The combination of an elegantly designed product geared to a millennial tech audience and excellent pre-Indiegogo press coverage – in Fast Company, Money, Trend Hunter and Fox Business – gave him a burst of momentum as they neared the launch.

Startups are about on-the-go collaborations. Joel worked with Tent, MAKA, and the Indiegogo team to craft an authentic campaign, everything from the messaging to the images and videos. The imagery was sleek, the tagline a classic call to action for a board that promised to boost health and productivity: “A shift where you need it most.” The campaign trumpeted FluidStance’s solid progress the last 18 months on design, engineering, and tooling. And Joel just hustled, imploring everybody he knew – family, friends and colleagues – to place their orders the instant the campaign launched. The first 48 hours would be make-or-break.

On January 12, 2015, Joel aimed a camera at himself. He was balancing on a Level by his standing desk in the garage, reggae music blaring in the background. Joel’s Indiegogo campaign was about to go live. “All right, here we go!” he said, taking his hands off his desk, and clapping “3-2-1, Go FluidStance” as he hit Enter on his computer, shouting, “Wahoo!”

Within minutes, the orders poured in: $20,000 in sales before sundown, then double his original campaign goal in five days. “Just bliss,” recalled Joel, of the showering of affirmation. “Your parents who love you but wonder what the hell you’re really doing. A wife understandably tentative on launching a venture. It was validation.” And proof of something else, public evidence to his former colleagues that Joel Heath was a fighter with that rare startup founder vision and drive. By March 13, Joel had beaten his original goal eight times over. He’d raised over half a million dollars on Indiegogo.

Now he just had to deliver.