Automating the Workforce, One Window at a Time 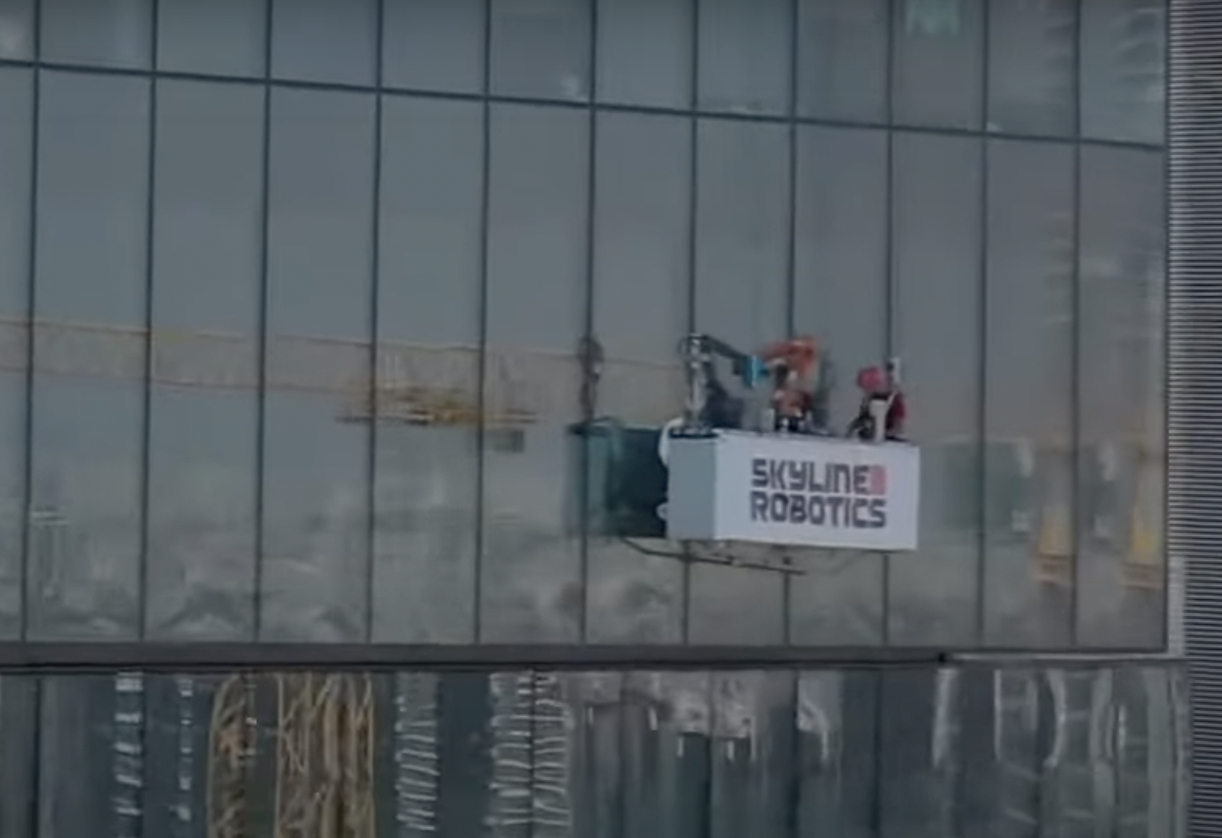 If robots are coming to take our jobs, let’s give them a really dangerous one: window washing. The skyscape above us in major cities is the new workplace for Ozmo, the window washing robot debuted last year by Skyline Robotics.

The robotic arm, developed by German robotics manufacturer KUKA, can scale skyscrapers thousands of feet in the air without risking a single death, and clean circles around his human cousins. We talked to Ross Blum, Skyline’s COO, about how he got started in the field of “façade access.”

Growing up in New York City, Blum was surrounded by skyscrapers. Before he knew anything about servicing tall buildings, he’d spent years walking beneath traditional window washers dangling in their baskets above the streets of Manhattan. He later studied entrepreneurship and law, and developed a knack for spotting opportunities for disruption. When he was introduced to Skyline’s founder Avi Abadi in early 2020, Blum learned of the $40 billion market, and knew he needed to join the company and increase its potential for global scale.

“Dull, dangerous, and dirty,” is how Blum describes the maintenance of tall buildings. There was only one way to clean the windows – the deadly way – attaching scaffolding, and sending human guinea pigs out to perch precariously high above the ground. Cleaning is just the start. Inspections, polishing, masonry, repairs, and testing (water, pressure, heat) – these tasks have always required hands-on human attention. And if Blum achieves his vision, “all work at height will be automated” (anything higher than 5 meters). He sees a “cooperative working model between robots and humans that enables the best qualities of each.” Currently, when Ozmo cleans the side of a building, his human teammate is positioned in relative safety from the rooftop.

Safety is only the first goal for Ozmo and the Skyline team. Saving time and money are also priorities. Cleaning a large skyscraper in New York can take four months (in the best of weather), while the robot can clean it in half the time. Skyline uses computer visioning and Lidar (light detection and ranging) technology to photograph the surface environment, storing that data and later analyzing it through AI and machine learning. Ozmo gets smarter as it gains experience, choosing the most efficient path to tackle each surface, and understanding exactly how much pressure to apply to different glass types. Preventing damage to the window during the cleaning operation is an obvious benefit.

Then there’s the cost reduction. “Removing the human from the basket,” Blum says, “will result in a 20% profit margin increase.” Wages paid to the workers are just part of the current upfront costs a service provider incurs. Scaffolding, cranes, and astronomical insurance policies are also major expenses. The next time you’re in New York City or Tel Aviv, look up! You may just see Ozmo at work high above. Skyline plans to expand to new global markets, and there are highly visible opportunities to scale: buildings hundreds of stories high, with few safety regulations and all too many tragic accidents. In Saudi Arabia, for example, work is underway on the Mirror Line, a surreal, futuristic project featuring two parallel 75-mile-long, 1600-foot-high skyscrapers, with housing for an astounding 5 million people. That’s a lot of windows.