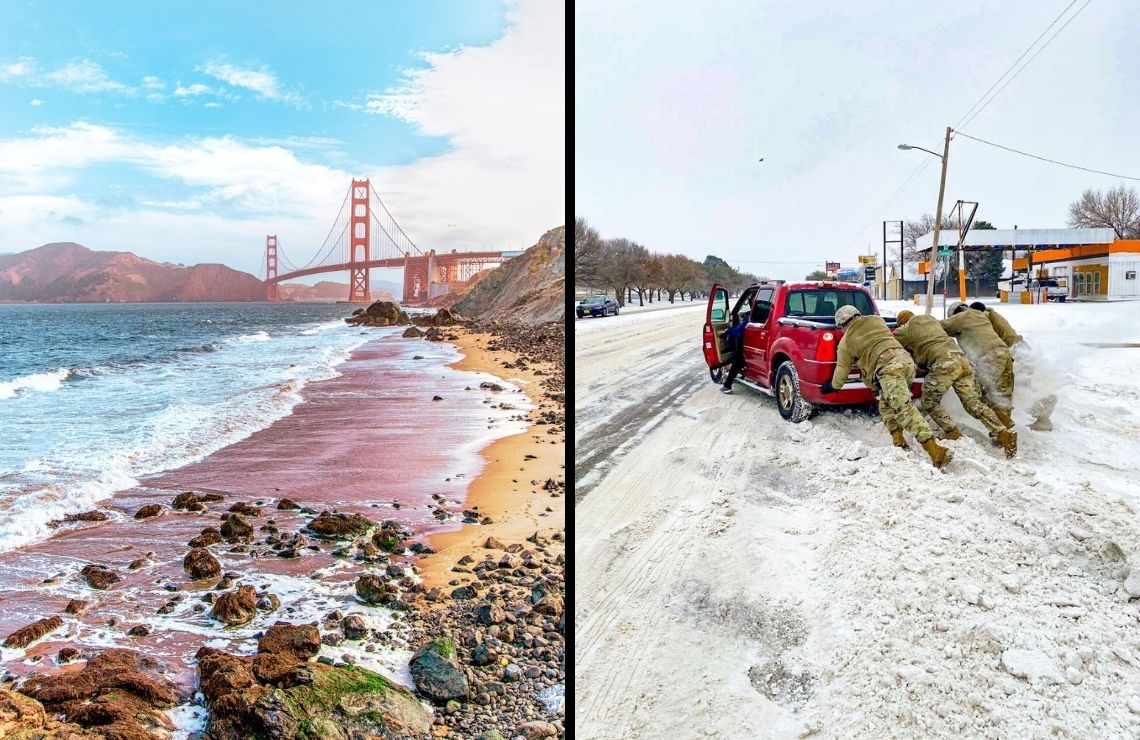 The data is in. San Franciscans are not moving to Austin in droves. They are driving five to 20 miles over our bridges and down the freeway to put down nearby roots. Despite the hyperbole to the contrary, the San Francisco Bay Area is still thriving.

A spate of recent articles have declared that big tech firms and their employees are fleeing for Texas, Idaho, Florida, New York, and other distant locales. The stories fit a time-worn anti-SF narrative. Thanks to some prominent corporate examples such as Cisco and Tesla shifting headquarters to skirt taxes and regulations, and stories about latecomers “fleeing $17 salads” – it would seem most people booked a one-way ticket to Texas. Trouble is, it’s not true.

Data tracking change-of-address forms from the United States Postal Service recently reported in the San Francisco Chronicle proves that Austin is not even a top 15 destination. Number 1 is Alameda County, a mere 13 miles to the East over the Bay Bridge. Number 2 is San Mateo County, 20 miles down the peninsula. Number 3 is Marin County, just over the Golden Gate Bridge to the north. The top five destinations are all here, the top 15 all in California. Just a month ago a headline in the New York Times screamed, “They Can’t Leave the Bay Area Fast Enough,” crazily declaring the end of the “tech era.” Both conclusions are demonstrably false. How did the Times it so wrong? Faulty anecdotal data that fit a preferred New York slanted score.

Our focus is on what’s next.

Most San Franciscans just moved next door. My crystal ball tells me that will be the smart move. Panic selling during a sudden market decline is generally foolish, and the same logic may apply to a drastic pandemic move. Most of the so-called “fleeing” San Franciscans are simply relocating nearby, the majority of them moving less than 30 miles. And as for annual VC investment, top tech firms and startups, no other region in the world compares to the San Francisco Bay Area.

And the thousands who made cross-country impulse moves may be learning a harsh lesson. The grass is not always greener out of state.  How many people now see Texas as a functional, attractive destination to work and live? Just ask Senator Ted Cruz, the same democracy-denying Texas politician who abetted in the shameful January 6th insurrection. Last week, as millions in Texas (including some California transplants) froze because of government incompetence, secessionist bullheadedness, and a willful denial of climate change, Cruz was spotted boarding a plane for a family vacation at a resort in Cancun, Mexico. That hypocritical dereliction of duty resulted in an uproar on social media back in the Lone Star State and gave Cruz a sudden change of heart. He claimed he had never really been planning a vacation. While his constituents were getting scammed with $7,000 utility bills, he just had a sudden urge to chaperone his 10 and 12-year-old daughters, desperate to escape the Texas nightmare for the Ritz-Carlton in Cancun.

Where you live is an intensely personal decision. It’s definitely about jobs and opportunity. But it’s also naïve to think cheaper rents or lower taxes should dominate your reasoning. States in the US are not interchangeable. Texas is not California by any stretch. And similarly, to my mind, there are ample serious reasons to reject Florida, Trump’s adopted home, a state where the Covid-denying governor just announced cynical plans to dramatically restrict voting, and decreed state flags to fly at half-mast to mourn the passing of the notorious, hate-mongering misogynist, racist windbag Rush Limbaugh.

Personal values about politics, the environment, and social responsibility vary by state. It matters where you live, and what you believe. Your choice matters. It’s your community. Your people. California is not anywhere near perfect. We have plenty of challenges and problems to solve, but this native San Franciscan is following his heart, data and logic, to live in Sausalito, in the Bay Area.

The San Francisco Bay Area will come back, and no serious economist believes some fleeting Texas or Florida migration will challenge that reality.  The proof is in the data.

Most of us never really left.