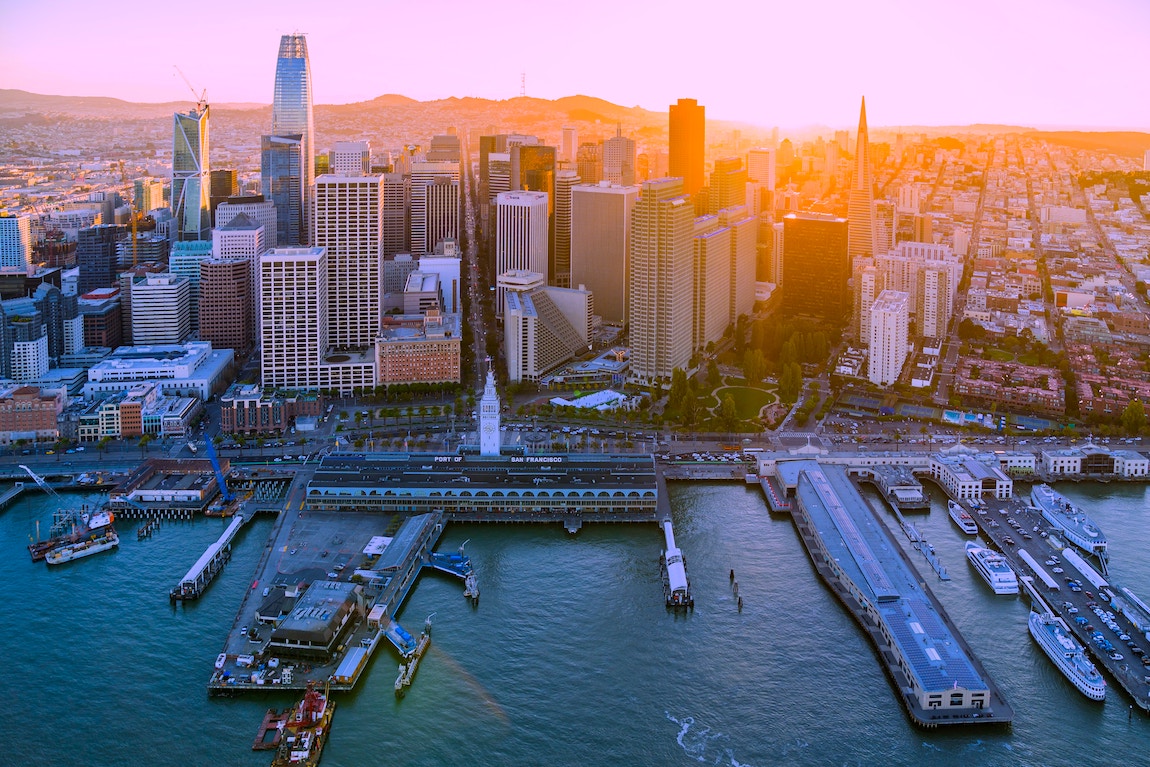 The establishment has newly declared that California is dead. As in, Silicon Valley and San Francisco. Normally the New York Times performs this decapitation, with glee, long having believed that NYC and points east are the center of the universe. This week, the venerable UK-based The Economist pulled the trigger, in a cover piece entitled Peak Valley: Why Startups are Going Elsewhere. Is the Golden State’s entrepreneurial party over? Not by a long shot.

The Economist, headquartered some 8,600 kilometers away in London, claims it’s all over but the kicking and screaming. Let’s examine their data points (and key omissions), as laid out in their cover article and longer companion piece, Techsodus. “Last year more Americans left the county of San Francisco than arrived,” they declared, with a supporting graphic showing what it terms “net domestic migration.” The reasons: the soaring cost of housing and declining quality of life.

But there’s a central fallacy in this premise. San Francisco, the urban center of Silicon Valley, was built on boom and bust cycles, starting with the fabled Gold Rush, followed by the lesser-known Silver Rush, along with plenty of population-culling earthquakes and financial slides. That ebb and flow is as San Franciscan as the fog. We know. We’ve lived and worked here the past few decades, through the birth of the Web, working at Wired and other nascent tech publications covering the excitement of the explosive rise of the Internet age.

We saw the free-flowing-cash craziness in the 90s (when a friend made $2 million selling a single domain), the madcap dotcom boom and the devastating bust when so many flaky companies flopped, and many of our friends were laid off or lost millions. Some moved away – many to neighboring counties. But from the ashes of this crash rose a new, broader kind of entrepreneurship. In the last decade, co-working spaces and incubators popped up all over San Francisco: Runway, Galvanize, swissnex. There are also countless new, creative ventures that go far beyond pure tech: Autodesk’s Pier 9 workshop, Create 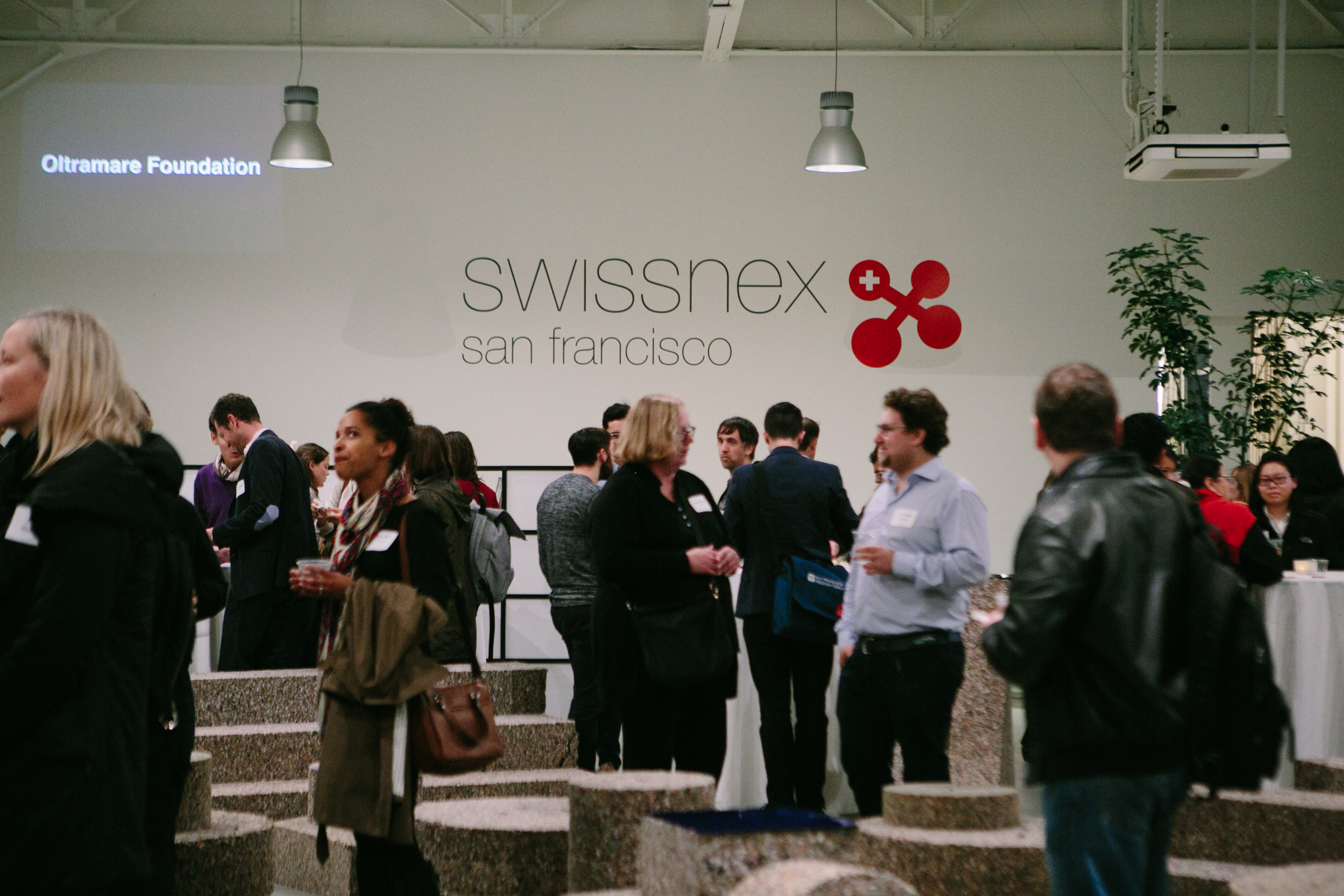 But don’t take our word for it. Let’s deconstruct The Economist’s reporting point by point. Here are the main claims: Startups are finding better opportunities elsewhere, they can’t compete with the tech giants, VCs are investing in other places, and the doozy – innovation itself is dead.

Yes, startups can get cheaper space elsewhere. Rents for offices and housing are insane in SF. The Economist also notes that tech firms can outbid them for top talent. Then there’s the emotional toll that comes from slogging through ride-sharing-bloated traffic or living smack in the middle of a seemingly intractable crisis of homelessness and mental illness. Admittedly, this is appalling and a great failure by local government and business leaders. Pro-tech public policies and a lack of infrastructure investment have torn the social fabric and driven inequality to untenable levels.

Entrepreneurs are moving to Miami, the article states, citing a Kaufmann Foundation report that “ranks the Miami-Fort Lauderdale area first for startup activity in America, based on the density of startups and new entrepreneurs.” Miami? Um, no, only a British magazine would fall for that amateur comparison.

We’re big believers in the tremendous value of entrepreneurial ecosystems – a key factor in San Francisco’s continuing appeal that is conspicuously ignored by the Economist. Thriving tech ecosystems are multi-layered. Miami has some awesome college sports but doesn’t stand a chance against Silicon Valley’s intellectual capital. The Brits ignore our talent factories. Alumni from elite universities such as Stanford and UC Berkeley. The world’s greatest concentration of tech companies of all sizes. A diverse, increasingly global corporate base.

Recent stats show how important those two fine universities have been to the startup scene. According to the Bay Area Council Economic Institute’s July 2018 report with McKinsey, since 2009 there have been 2,948 companies started by Stanford and UC Berkeley graduates – about triple those from Harvard or MIT.  Where you study is where you startup: “Undergraduates who create startups that receive venture capital funding,” explains the report, “often base their companies in the region where they attended school, bringing in business and capital to that area.” And then there’s another type of Silicon Valley alumni: people who launched their careers at startups and either work for tech industry giants or have gone on to other startups. The intellectual and technical foundation runs deep.

The Economist’s strongest point may be that “Alphabet and Facebook pay their employees so generously that startups can struggle to attract talent (the median salary at Facebook is $240,000).” But that figure is dubious and exaggerated. Most big tech firms appear to pay at least $100K less. Meanwhile, The Economist, of all publications, should know that comparing a startup salary to that of a tech giant is not an equivalent financial comparison. Many of those same Facebookers worked for startups to gain credentials before getting to Facebook. There were waves of hustling founders before them and will be waves after them. Careers are not static here. After making coin at FB or Alphabet many a Silicon Valley techie rebels against the office grind, drawn back into the fervor. The California startup model has always drawn thousands of people ready to take that gamble. That’s our culture, our ecosystem. It’s not about salary. They join for the promise of stock, experience, connections, the thrill of the challenge, and the risk.

Follow the money, says The Economist, asserting a major decline in local investment. Silicon Valley VCs pumped about 50% of their investments into startups in other US cities in 2014, and now that number has grown to two thirds, claims The Economist. Yet the Bay Area still receives a full third of the total invested in US companies, and “no other area comes close,” confesses the magazine. This is playing with the numbers and masking the rising-tide-lifts-all-boats scenario: local investors have more money to spend, since the Valley has more than 43 unicorns that were originally backed by the same VCs. It’s not that investors are taking their money elsewhere, they’re just spending it in more places.

The Death of Innovation?

The article ends in a polemic the “sky-is-falling” wail: “If Silicon Valley’s relative decline heralded the rise of a global web of thriving, rival tech hubs, that would be worth celebrating. Unfortunately, the Valley’s peak looks more like a warning that innovation everywhere is becoming harder.”

The reason, writes The Economist: unfavorable US immigration laws and small business tax policies, as well as a decline since 1962 in “America’s federal-government spending on R&D and investment in public education.” Yes, the statistics may be true, but they have almost nothing to do with innovation, California-style, which shows no signs of abating. 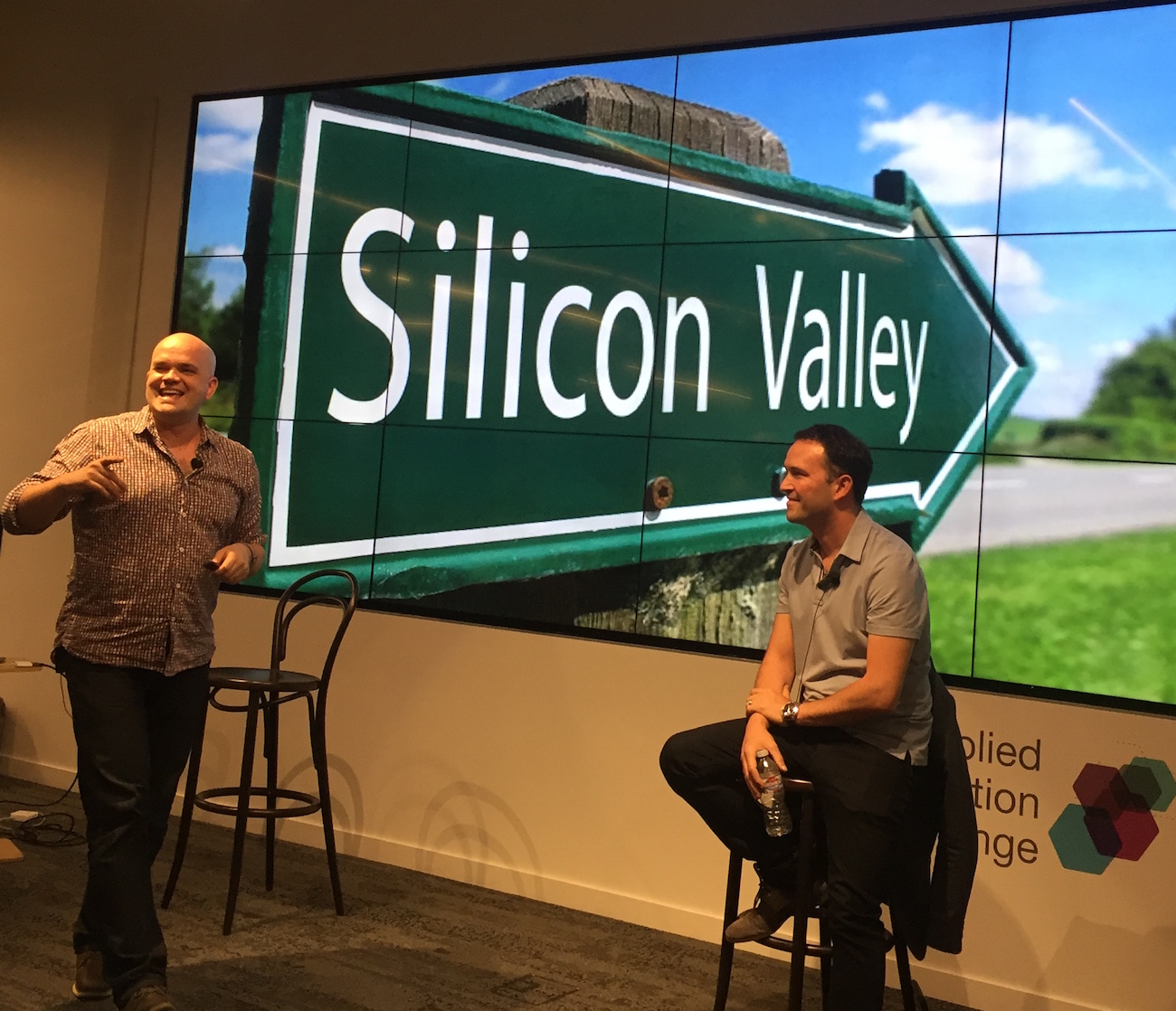 We think of innovation here as not only tech startups, but also fresh business models to bust out new products and services. Thousands of visitors arrive every day from all over the world to absorb valuable business lessons from the SF ecosystem. They tour the tech giants and hot startups, attending events and networking, soaking up inspiration from the unparalleled culture of innovation here. Some set up offices, for the cachet of the local address. Does anyone really believe SF will soon be eclipsed by Miami or Austin or even Boston or New York?

The Economist’s fly-over fails to mention any of these, and also ignores the future, the fast-growing new SF hub, the massive Mission Bay neighborhood. Mission Bay recently welcomed biomedical companies Bayer and Celgene, among others. Growth in this area of the city has been rampant. The new Golden State Warriors stadium is nearing completion, a new light rail transportation line is going in that will connect this area of the city to SoMa and points downtown. Carlos Muela, the city’s food truck king, has just opened a second new food truck park to capture the hordes flocking to Mission Bay.

As for The Economist’s exultant revelation that Trump’s erstwhile tech advisor Peter Thiel is moving 350 miles south to LA, we say: not far enough! Because attrition is healthy, and downturns – if that’s where we’re headed – are proven springboards for innovation. When weak players are removed and the field is less crowded, money and ideas get smarter.